Microsoft is finally making it easier to share Xbox game captures outside of Xbox Live. As we noticed today, a new link sharing feature has started rolling out to the Xbox apps for iOS and Android which will allow users to share any game capture uploaded to Xbox live with a single link.

When browsing your game captures on mobile, you’ll see a new “Copy Link” option that will create a link to your clipboard. In the app, you can change your in-app privacy controls to allow everyone on the internet to see your captures, and if you make them visible only to your friends, they’ll need to connect to Xbox Live on the web to view your content. 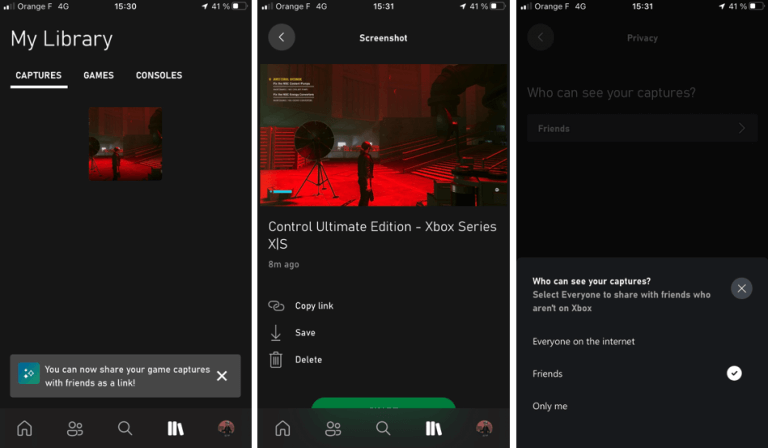 By default, Xbox consoles automatically upload game captures to Xbox Live, and this content is easily accessible from Xbox mobile apps. Users could already share game captures with their friends on Xbox Live or outside by downloading their content to their phone, but link sharing makes that process much more seamless.

Overall, this is an important step in making Xbox Live less of a walled garden, although there’s still work to be done to make the platform a bit more social. Game captures and link sharing should also head to the Xbox app for PC, and xbox.com could really use a new coat of social paint as well.