Why you must build a moat around early customers, according to Benchling’s CEO and co-founder – TechCrunch 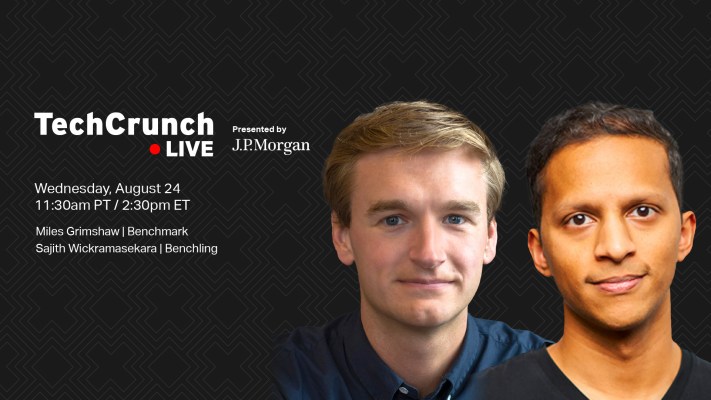 Benchling’s unicorn status didn’t come overnight. Some ten years after its founding, the company is worth more than $6 billion, and the founder sees the company going public in the future. The company’s future looks like its past: talking to customers and building for power users. To that end, Benchling announced today that it recently surpassed 1,000 customers and increased its subscription revenue 90% year-over-year. It has new executive leadership, too, including the appointment of Atlassian-veteran Stephen Deasy as the company’s first Chief Technology Officer.

Benchling’s CEO and co-founder, Sajith Wickramasekara, recently spoke at a TechCrunch Live event along with one of its early investors, Miles Grimshaw, general partner at Benchmark. Together, the two explained Benchling’s early strategy that tapped a small entry market, which eventually led to widespread adoption.

As Wickramasekara explained, early funding was hard to secure. It was 2012, and Benchling sat alone between SaaS companies and biotech. “Every software investor thought what we were doing was small and unimportant,” Wickramasekara said, adding later, “and then we went to science investors, and every science investor understood the challenges of R&D, but they didn’t understand software; they invested in drugs.”

Benchmark’s Miles Grimshaw was introduced to Benchling’s co-founders through a mutual friend and was impressed. “When I met Sajith and Ashu Singhal, they were two co-founders who knew bench science and had worked in those labs doing research. But they were also amazing engineers who could build great products and distill them into an easy user experience.”

Grimshaw noted that the current market for Benchling’s product was relatively small at the time. However, he saw the industry as developing, and instead of looking at the current addressable market, he worked with the co-founders to identify the potential market size.

“I think the question is less, ‘how big is the market today,’ but rather, what could the market become and what’s the rate of growth of that market,” Grimshaw said. “A small market growing quickly is powerful for a new company to gain outside market share.”

Grimshaw points to Amazon and Shopify as prime examples of this strategy. The idea is to identify the market’s growth rate, and capture part of the incremental evolution each year. Amazon started when e-commerce was nascent but managed to capture larger shares as the market grew. Shopify did the same, Grimshaw said, by targeting the small businesses entering the growing SMB e-commerce market.

Wickramasekara explained Benchling’s early traction came from giving away the software to academics.

“[Academics] is where we knew there were end users who could take advantage of the software and a lot of people thought we were crazy for doing that, you know, giving away the software for free to academics who have no money,” Wickramasekara said. “There isn’t a freemium funnel where they’re going to start converting and paying money for the software all of a sudden.”

Academics was and still is a substantial customer base for Benchling. Wickramasekara points to Grimshaw for encouraging this strategy. The company stayed in this market and didn’t focus on generating revenue for several years.

Grimshaw called this plan a slower ramp but created a more robust foundation by creating a moat around early adoption that money cannot attack. Since these users were using free software, it’s harder for a competitor to steal the user base. The thought was the user base trained in Benchling would eventually convert into commercial, professional users.

It was a long journey, Wickramasekara said. After iterating with academics for several years, the strategy paid off, and some research scientists ended up spinning out new companies or joining existing ones. They brought Benchling along with them.

“It was because of their love for the product as an end user that gave us the shot on the goal,” Wickramasekara said. “We learned the kind of problems those businesses were facing, which led to the platform’s expansion. And from there, we began to see commercial success.”

Benchling was focused on constantly talking to its end users from the start. Even though those early users conducted different research, the underlying technology was similar.

“The first users of the products were folks we knew from MIT” Wickramasekara said. “We were also out in the Bay Area at the time. So in those early days, we would drive to Cal or Stanford, go from lab to lab, and get introductions from people we knew. We would sit down with scientists and understand why they were or were not using the products.”

This is a practice that Benchling continues today.

Grimshaw adds that once a company moves beyond early adopters, it’s important to continue talking to customers. Still, it must be the right customer — most often, it’s the vanguard of the market. The goal must be building a moat around the users leading the market to secure their feedback in the case an incremental competitor arises and tries to steal them away.

“[This moat] ensures you have the best feedback source on lock, and you must keep building and staying aggressive,” Grimshaw concluded. “It’s a very powerful foundation. Sajith did it very well and continues with a lot of elbow grease.”