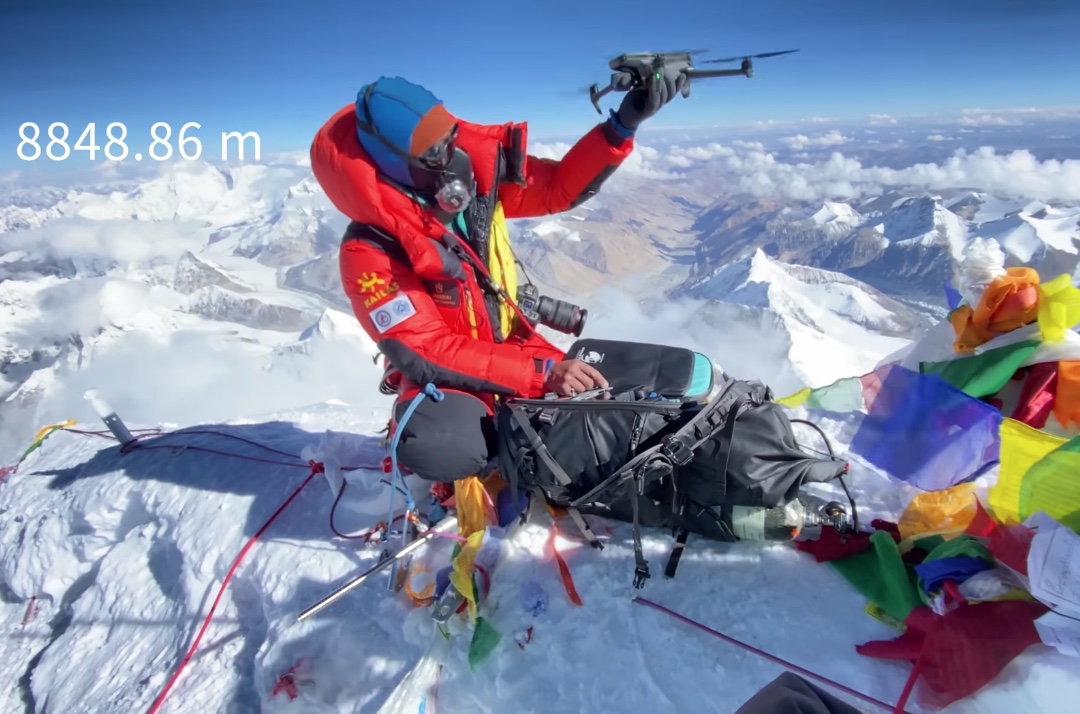 As aerial views go, gazing out from the top of the world’s highest mountain must surely be hard to beat.

Well, a film crew thought it would have a go by launching a DJI Mavic 3 drone from the summit of Mount Everest in a bid to capture even more of an aerial view.

The challenge to climb to the top of the 8,849-meter-tall mountain and send the Mavic 3 skyward was documented in a video made by Chinese photography group 8KRAW in partnership with DJI.

Most of the video’s footage was filmed by DJI’s impressive flagship drone, which arrived in November 2021 and comes with a 4/3 CMOS Hasselblad camera for professional-level imaging. Check out the results in the video below:

“This is Mount Everest, the highest point on Earth,” DJI said in comments accompanying the video. “Together with 8KRAW, we developed a detailed flight plan that would allow their videographers to take the ultimate drone flight from the summit, capturing the stunning beauty of the mountain, and the surrounding views, as they’ve not been captured before.”

The drone video shows DJI’s machine soaring to an altitude of 9,233 meters above sea level, taking it 384 meters above the film crew located at the very top of the mountain. The results, we’re sure you’ll agree, are simply incredible.

Wang Yuanzong, the chief director of the film and founder of 8KRAW, noted how the gorgeous weather conditions helped to make the shoot possible, adding: “I am very grateful to Mount Everest for accepting us and allowing us to see it from a new perspective.”

Want to find out more about the Mavic 3’s capabilities? Then check out Digital Trends’ in-depth review of the quadcopter. And be sure to take a look at this article, too, which highlights a significant software update for the Mavic 3 that DJI rolled out in June.