Vultr, the cloud platform that specializes in providing access to basic infrastructure services at a relatively low cost, today announced the launch of Vultr Talon, a new service that will offer developers access to virtualized GPUs, starting with Nvidia’s A100 Tensor Core GPU, with prices as low as $0.134/hour (or $90/month) for access to a twentieth of the compute power of an A100.

Typically, when you need access to a high-end GPU for machine learning and similar use cases, the smallest unit you can buy is access to the entire GPU. On the CPU side of things, buying just a slice of CPU power is standard, but until now, that just wasn’t possible for GPUs, even though for many use cases, like inferencing, you would only need access to a fraction of the GPU’s compute power. 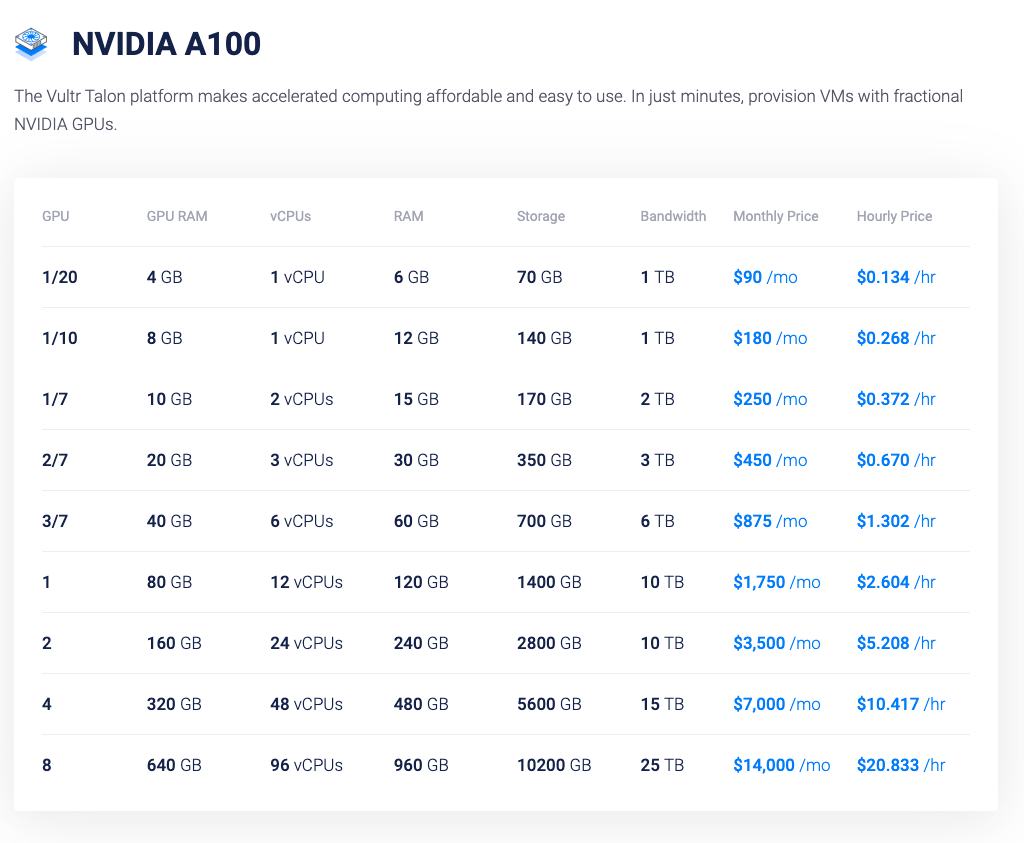 Vultr argues that its platform is the first to offer fractional access to these high-end GPUs. The service is powered by the Nvidia AI Enterprise software suite and Vultr CEO J.J. Kardwell, who joined the company in late 2020, believes that this is another point in his service’s favor. “If you think about the way that the big clouds deploy, they want to buy GPU hardware and then push their own stack, whereas we partnered very closely with Nvidia to deliver not just the GPU itself but the Nvidia AI Enterprise software stack and the full set of libraries,” he said. “The best way to get the most out of the GPU — the physical GPUs — is through that Nvidia software stack — and that’s a very, very different approach.” 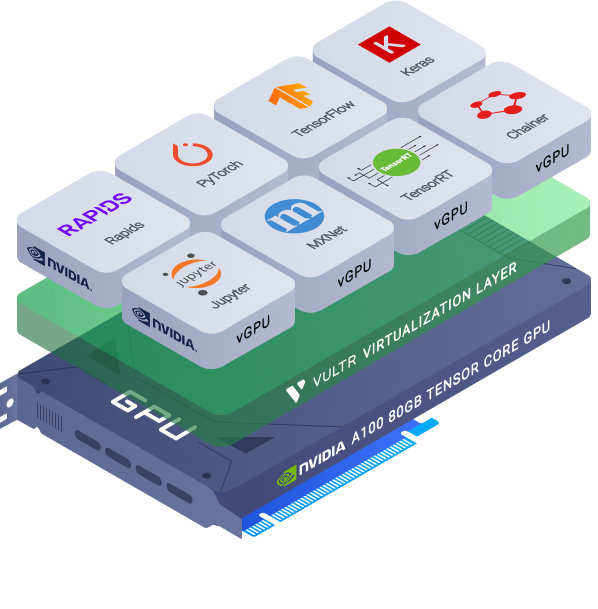 The company, which also recently launched its managed Kubernetes platform into general availability, always remained a bit under the media radar — and much of that was by design. It never raised a lot of outside funding since its launch in 2014 and mostly relied on word of mouth to grow to $125 million ARR today, as Kardwell told me. That’s the way the company’s founder, David Aninowsky, who is now its executive chairman, wanted to build Vultr. But as the company is now reaching this scale — and likely thinking about an IPO at some point in the future — the team is clearly looking to elevate its profile a bit more.

“We really believe we’re doing more than anyone to democratize access to cloud computing globally. And as we seek to do that, we think it’s important that people understand that mission,” he explained.

The A100 is now available in Vultr’s New Jersey data center, with other locations following in the next few weeks. The company also tells me that it will add other Nvidia GPUs to its lineup later this year.