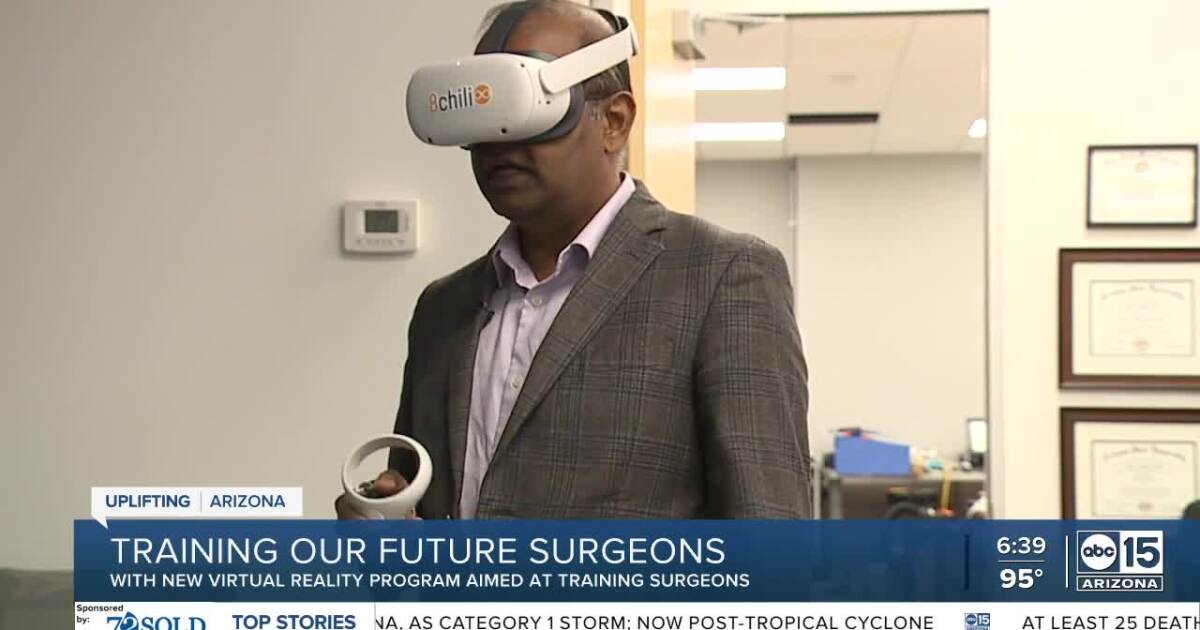 PHOENIX — This fall, med students at the University of Arizona will add some major tech to their curriculum.

“So, this is a 3D camera which has 210 degrees field of view,” said Company COO Moh Barathan as he put a lightweight camera on his head.

Explaining how the process works, he says they’ve had top surgeons wear those cameras while recording complex surgeries from first-person points of view.

It’s what they do with the video after, however, where the real magic is made.

“This is a regular, off-the-shelf hardware, this is Meta Ocular 2,” Barathan said holding a store-bought VR headset.

He says they’ve integrated those surgeries with a virtual reality program called HintVR.

“So, what we are going to do is watch a bunch of surgeries that we have so this is an open-heart surgery,” said Barathan as he fired up the software.

Once strapped into the Oculus headset, med students work on hand positioning and posture as the system scores them along the way. Following a surgeon step by step through countless surgeries.

“8Chili was formed fundamentally to use some very innovative approaches to capturing 3D content and more importantly taking the 3D content and putting that to use in terms of where we could impact lives in a very big way,” said Chief Growth Officer Navin Govind.

The program allows people to take journeys into the human brain and other parts of the body while listening to lectures from doctors along the way. This fall, the options will expand even more.

“Suturing, different types of incisions, spinal tap or a lumbar puncture, these are some of the modules that are being developed in collaboration with U of A Health Science,” said Govind.

Virtual reality they hope ultimately give our communities better medical professionals in the real world.