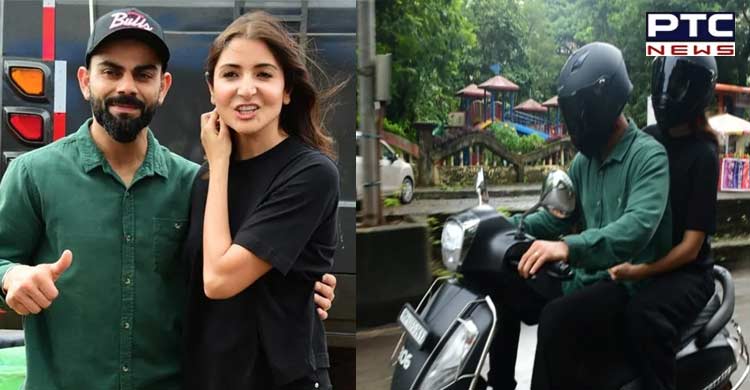 Mumbai, August 21: Bollywood’s Power Couple Virat Kohli and Anushka Sharma often make people go ‘aw’ with their couple goals and this time again the couple has shown beyond doubt that why people address them as ‘power couple’.  After the project, that the couple together was shooting for, the couple was spotted riding a scooty together on Madh Island, Mumbai. 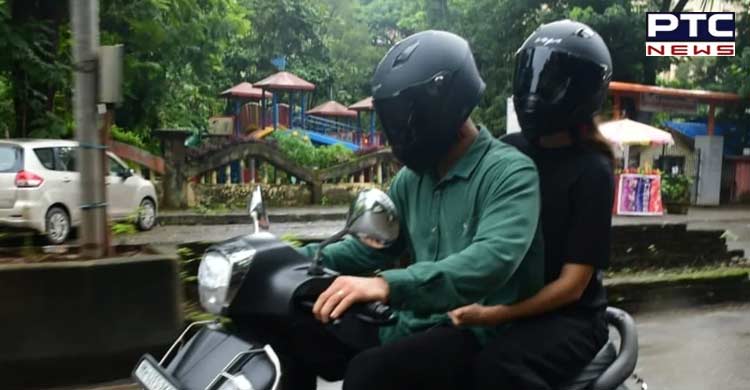 In spite of being occupied in their respective projects, the couple never misses out on any chance of spending some quality time with each other.  The beautiful weather of Mumbai could have possibly made the duo ditch their cars and choose scooty ride instead. 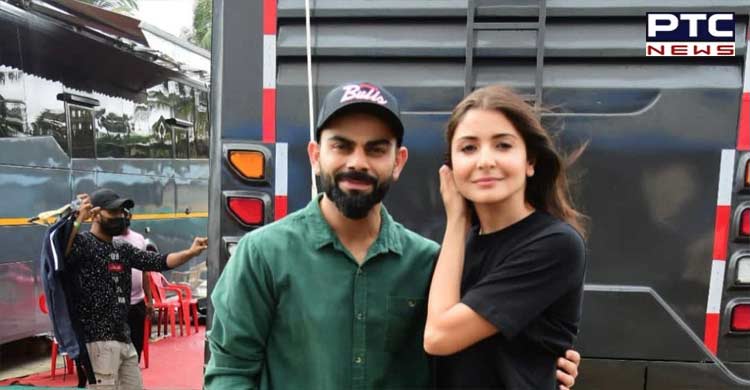 Anushka can be seen pulling an all-black outfit in the scooty pictures, while Virat wore a green shirt and  black pants.  The couple also twinned in the white sneakers. Following their scooty ride, the pictures are doing the rounds on social media. On the pictures, a fan commented, “ The best couple of the showbiz business, “  while another fan wrote, “ Simplicity at its best, amazing couple….” . 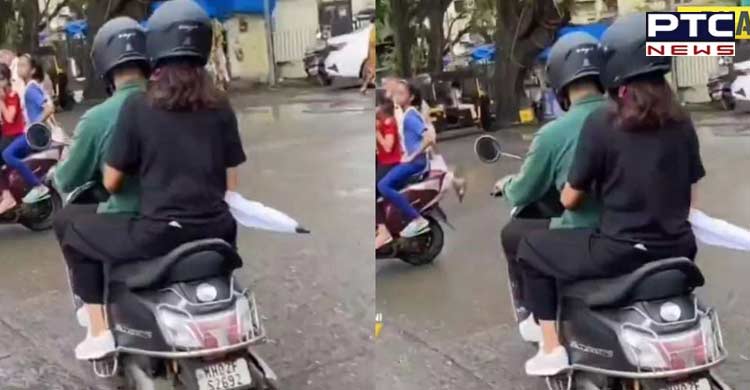 Anushka took a break from her career after the birth of her daughter Vamika in January this year and after ‘Jab Harry met Sajel ‘ , the actress is all set to make a comeback. She is currently shooting for a sports biopic ‘Chakda Express’  based on the life of former Indian Cricketer Jhulan Goswami.  At the beginning of 2022 only she made the announcement  about her upcoming project  and this will be the very first time that she will be portraying the role of a cricketer. The film will be a OTT release and will stream directly on Netflix.