Upgrade Your Home’s Internet With 20% Off Eero Mesh Routers 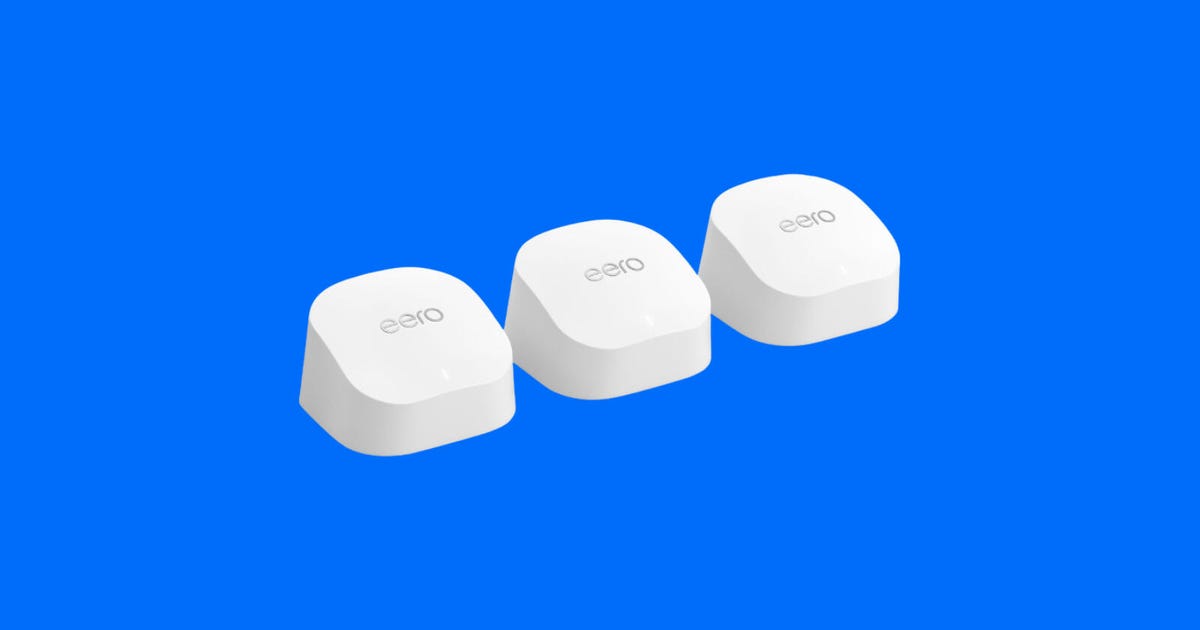 Now that so much of our personal and professional lives take place online, having dependable home internet is no longer just a luxury — it’s a necessity. And while a good home internet service provider is important, you’ll also need a powerful and reliable Wi-Fi router for the best performance. Amazon’s Eero 6 mesh routers earned a spot on our list of the best mesh routers and the best Wi-Fi 6 routers for 2022, and right now you can pick one up at a discount. Amazon is offering 20% off a selection of Eero 6 Plus and Pro 6E routers, with prices starting at just $111. There’s no clear-cut expiration on these deals, so we’d recommend getting your order in sooner rather than later if you’re hoping to snag one at this price.

There are two different router models available at this sale — the Eero 6 Plus, which was the model featured on our lists of the best mesh and Wi-Fi 6 routers, and the step-up Eero Pro 6E. Amongst some other difference, the main distinction between these two models is that the 6E Pro features support for the more advanced Wi-Fi 6E, the fastest version of Wi-Fi to date. The 6E pro also has slightly more advanced hardware, including tri-band connectivity compared to the 6 Plus’ dual-band, network speeds up to 3.2GB/s compared to around 1GB/s on the 6 Plus and greater coverage of up to 6,000 square feet compared the the 6 Plus’ 4,500 square feet.

Prev post Google Deleted Over 2000 Loan Apps From Play Store in India Since January
Next post Why you must build a moat around early customers, according to Benchling’s CEO and co-founder – TechCrunch