(FOX 9) – Coveted for the precious metals they contain, thieves can steal catalytic converters and sell them for hundreds, even thousands of dollars, to scrapyards.

The problem is getting worse across the Twin Cities, with theft numbers up about 40 percent in St. Paul and 7 percent in Minneapolis from 2021 over 2022, according to police.

Now a first-of-its-kind invention created at the University of Minnesota could save motorists from a costly headache in the future.

Over the last six months, a group of researchers has developed what they call “chameleon metal”, which can achieve the same results catalytic converters get in cars.

The research team, comprised of researchers Ming Onn, Sallye Gathmann and Jimmy Soeherman, was led by MacArthur Fellow and professor Paul Dauenhauer and Daniel Frisbie, the head of the University’s Department of Chemical Engineering and Materials Science. 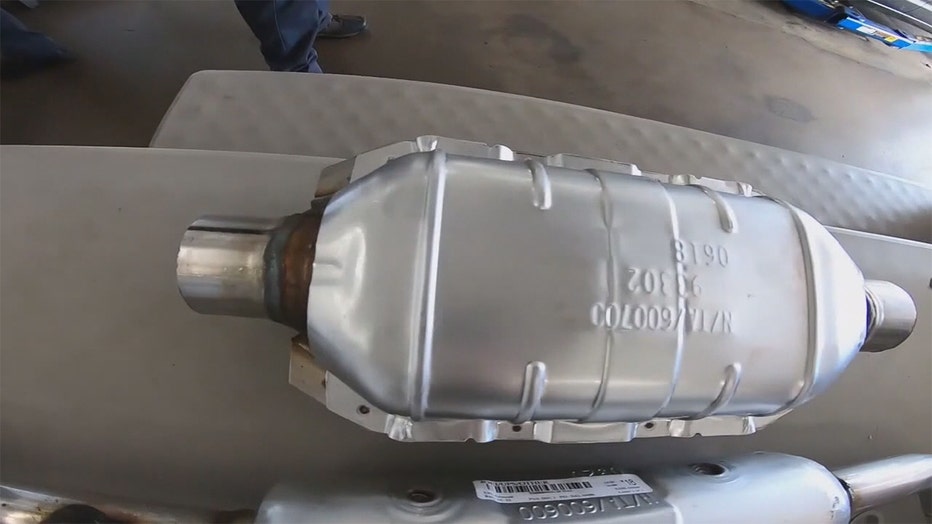 Coveted for the precious metals they contain, thieves can steal catalytic converters and sell them for hundreds, even thousands of dollars, to scrapyards.

The device is called a “catalytic condenser” and it doesn’t contain the precious metals thieves target when they steal converters.

“With this device, we now can use cheaper metals to do the same kinds of chemistry… much cheaper than platinum and rhodium, which are found in catalytic converters that are being stolen so frequently these days,” Frisbie told FOX 9.

The invention, which has a provisional patent, has the potential to be used in a variety of different ways, like turning wind energy into renewable fuels.

The goal is to make the device available for consumers and companies, but the team is still working on how they can scale the device in a cost-effective way.