The Dalles sues for keeping Google’s water use a secret


Ahead of a major city council vote on a $28.5 million water pact with Google, the city of The Dalles filed suit in state court on Friday in an attempt to keep the tech giant’s water use a secret.

The city is seeking to overturn a ruling earlier this month by the Wasco County District Attorney who found that Google’s water usage is public and ordered The Dalles to provide that information to The Oregonian/OregonLive. The city sued the news organization Friday and asked a judge to intervene.

Google is considering two new server farms on the site of a former aluminum smelter in The Dalles, where it already has a massive campus of data centers on its site along the Columbia River.

Google says it needs more water to cool its data centers, but neither the company nor the city will say how much more — just that The Dalles can’t meet Google’s needs without expanding its water system. Under the deal, Google must pay for the upgrade.

Still, the proposed water pact has sparked criticism and skepticism in The Dalles, a riverside town of about 15,000 residents, about 80 miles east of Portland.

Residents and nearby farmers are concerned about the city’s long-term water supply amid an ongoing drought. They complain that they don’t know enough about Google’s actual water usage.

The city is now going to court to keep that information secret, arguing that it is a Google “trade secret” exempt from disclosure under Oregon law.

Regardless of how the city’s lawsuit ends, the lawsuit won’t be resolved until the city council votes on Google’s water deal on Nov. 8. That means the public can’t access that information, although city councilors do.

“It seems pretty awkward to negotiate with someone who can just claim trade secrets over all of their activities. That’s only known to a few of you, but not the rest of us,” Dalles resident Bruce Schwartz told City Council at a meeting. meeting on last month’s water deal.

The Dalles and Wasco County both signed a new package of real estate tax benefits for Google this month. The new deal is a much better financial deal for local governments than three previous deals, which have saved Google more than $240 million since it opened its first data center in The Dalles 15 years ago.

Google employs about 200 people in The Dalles. The new deal could increase property tax collection by several million dollars a year, but still save Google tens of millions of dollars over the 15-year life of the tax breaks.

However, it doesn’t seem like Google can move on without more water.

So The Dalles and the tech giant came up with a plan for Google to spend $28.5 million to expand the city’s water capacity. The pact calls for some of Google’s water rights to be transferred to the city and for the large aquifer beneath the city to be replenished with purified water during the wet-weather months.

The Dalles says Google would only use some of the extra water capacity, giving the city more water for its residents and industry. Amid a prolonged drought, residents and farmers have expressed concerns that the deal would put pressure on the city’s water supply rather than increase it.

And they are annoyed by the secrecy about Google’s water use.

In Friday’s legal filing, The Dalles argues that Google’s water use is a “trade secret” exempt from the Public Records Act under Oregon law. The city said a nondisclosure agreement with Google prohibits disclosure of such information and is seeking compensation for legal costs related to the public records dispute.

“Under Oregon state law, what Google has filed and asked the city to keep confidential is a valid trade secret and so we are obligated to keep it confidential,” The Dalles attorney Jonathan Kara said at a city council meeting last month.

The Oregonian/OregonLive appealed the city’s decision to withhold Google’s water usage data. In letters to the Wasco County District Attorney, the news organization argued that there was a strong public interest in disclosing Google’s water use, and that the city’s nondisclosure agreement specifically made an exception for information such as water use, which is collected. by city – not provided by Google.

Wasco County District Attorney Matthew Ellis ruled in favor of the news organization on Oct. 15, concluding that water use does not fall under Oregon’s definition of trade secrets. He ordered The Dalles to release the records.

State law allows The Dalles to block that ruling by suing the news organization, which the city did on Friday.

“Google’s attempt to disguise the use of a vital community resource – water – is inconsistent with the requirements of Oregon’s public registry law. Oregonians have a right to this important information,” said Ellen Osoinach, staff attorney for the Reporters Committee for Freedom of the United States. Press, representing The Oregonian/OregonLive in the case.

The commission will bear the legal costs of pursuing Google’s water records. However, if The Dalles loses its case, it may be forced to pay the legal costs associated with the lawsuit.

Other Oregon jurisdictions routinely disclose the water use of their industrial clients. Hillsboro, for example, reveals how much water Intel uses in its chip factories, and Prineville reports how much water Apple’s data centers use there.

In other states where Google operates data centers, water usage from those facilities has become public as part of lawsuits or public record disclosures.

Long-Curtiss said she is now ready to support the water deal because she has been able to see the numbers for herself. While the general public can’t see that information, she said she supports the city’s move to keep information secret if Google considers it a trade secret.

“I feel like it should really only be disclosed to councilors who vote yes or no,” Long-Curtiss said. “I’m fine with that.”

The water fight at The Dalles ties into Nestle’s controversial plan to bottle spring water at the nearby Cascade Locks. Hood River voters overwhelmingly opposed that plan in 2016, but the Cascade Locks City Council wanted to go ahead anyway. Government Kate Brown eventually stepped in and blocked Nestle’s factory.

In contrast, there has been little organized resistance to Google’s growing thirst in The Dalles. But residents, farmers and environmentalists have all expressed concern about the toll data centers are taking on Oregon’s resources.

“It’s interesting that we seem to be moving toward housing the Internet in one of the drier places in the West, when these data centers need so much water,” said John DeVoe, executive director of WaterWatch, which improves river health. promotes by seeking to balance the private and public demands on Oregon’s waterways.

The Dalles’ pending deal with Google points to problems in regional water management, DeVoe said, as water restrictions put further pressure on endangered species and tap local resources on which rural homeowners depend.

“These companies know that they can get a very, very good deal in terms of tax, electricity and water by establishing themselves in our region. I think that says something about our region,” said DeVoe. “We don’t get a lot of jobs with this. We are giving away the farm far too cheaply.”

In The Dalles, water rights have been an issue dating back to the 1950s. At the time, the city’s aquifer was heavily used by the region’s farmers and an aluminum smelter that operated on property now owned by Google.

Oregon designated The Dalles as a “critical groundwater area” in 1959 and began diverting water from the Columbia River to nearby farms through a new irrigation district. That stabilized the main aquifer, according to the city, which says the aquifer began a vigorous recovery after the smelter closed in the 1980s.

“People remember there was a time when this aquifer was in quite a decline. But that was … largely related to the amount of irrigation that took place,” said Dave Anderson, the city’s director of public works.

But even now, The Dalles’ water system capacity is limited to about 10 million gallons per day, and the city says demand is growing whether or not Google expands.

The deal with Google would expand The Dalles’ capacity to 15 million gallons per day by relinquishing some of the company’s groundwater rights to the city and pumping treated water into the aquifer. State law limits subsequent withdrawals to 90% of what is pumped into the aquifer.

While The Dalles won’t say how much water Google wants, the city says the additional 5 million gallons per day capacity would meet the company’s needs and keep an unspecified additional amount available for general public use.

“The amount of water we receive in both water rights and new production capacities, that’s both amounts that are greater than what is being demanded for the new development,” Anderson said. “The city is at the forefront of this when it comes to water supply.”

In public meetings and in heated discussions on Facebook, residents expressed concerns about the wider water supply in the region. Years of drought put a strain on farms and wells on rural properties near The Dalles, they say, and people living in or near the city worry about turning over water to Google.

One problem, they say, is that the boundaries of the main aquifer are not clearly defined. At a city council meeting last month, Dalles resident Benjamin Damm said he is concerned about the water available to a rural property he owns, despite the city’s assurances about the health of the main aquifer.

“It should be fine, but if that goes down, and how that might affect aquifers that are outliers, that’s a big concern. So, what if the aquifer does go down and people in the suburbs are affected? ” Damme asked. “Is there a story?”

The Dalles sought to understand such issues through three Google-funded studies of the city’s water system, according to Anderson, which provided a clear understanding of the aquifer’s capacity, though it provided no clear information about its boundaries.

Whether water is tight or plentiful in the coming years, Anderson said the city will have more water available to its residents under the deal with Google than if it went without water.

“We don’t expect there to be losers in this scenario,” he said.

Analytics Insight has listed the top 10 current cryptocurrency prices for January 18, 2022 In addition to the volatile nature{...} 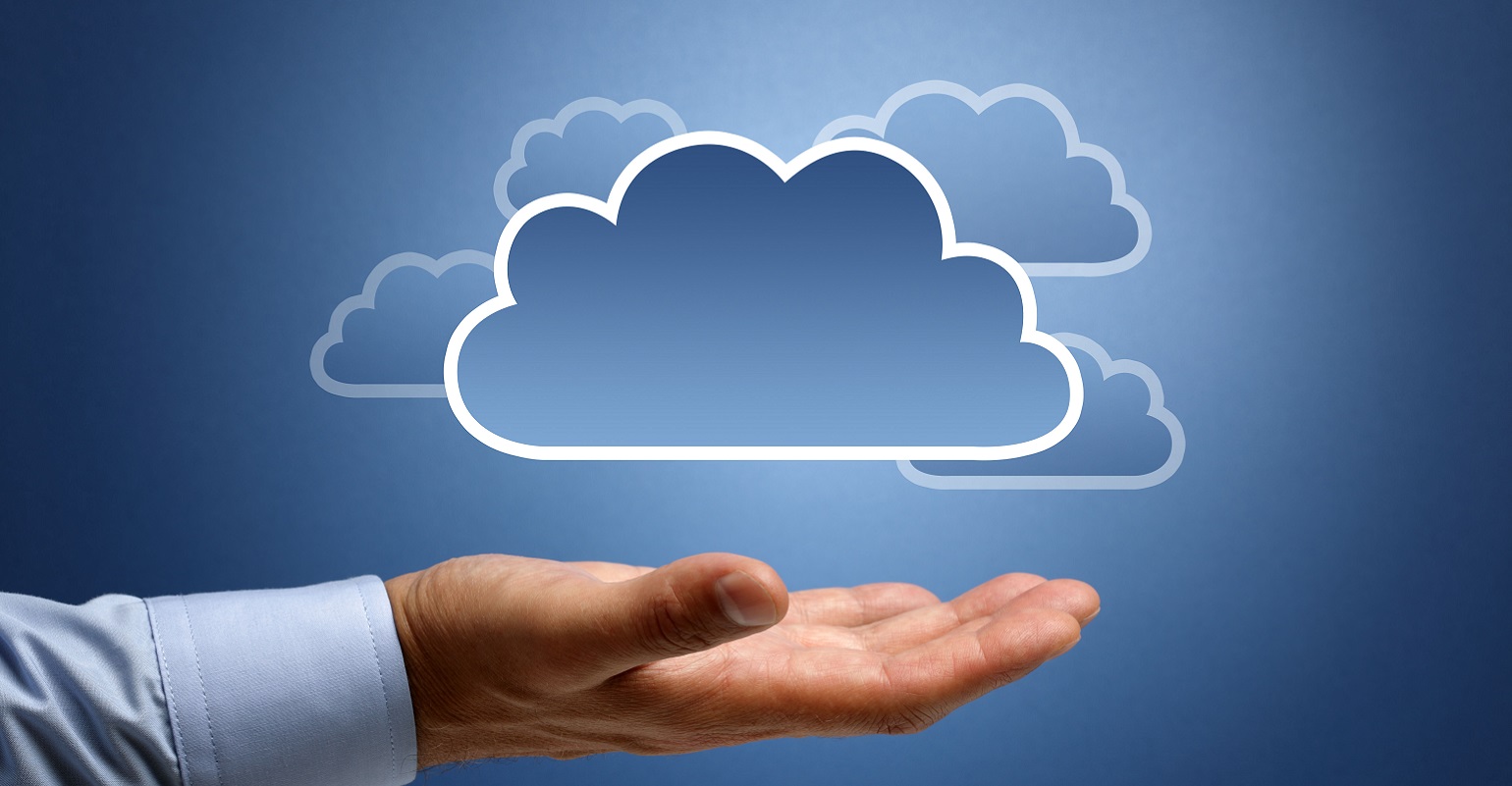 Developments in cloud technology and its adoption will be influenced by growing economic uncertainty, the shift toward cloud-native architectures, and{...}