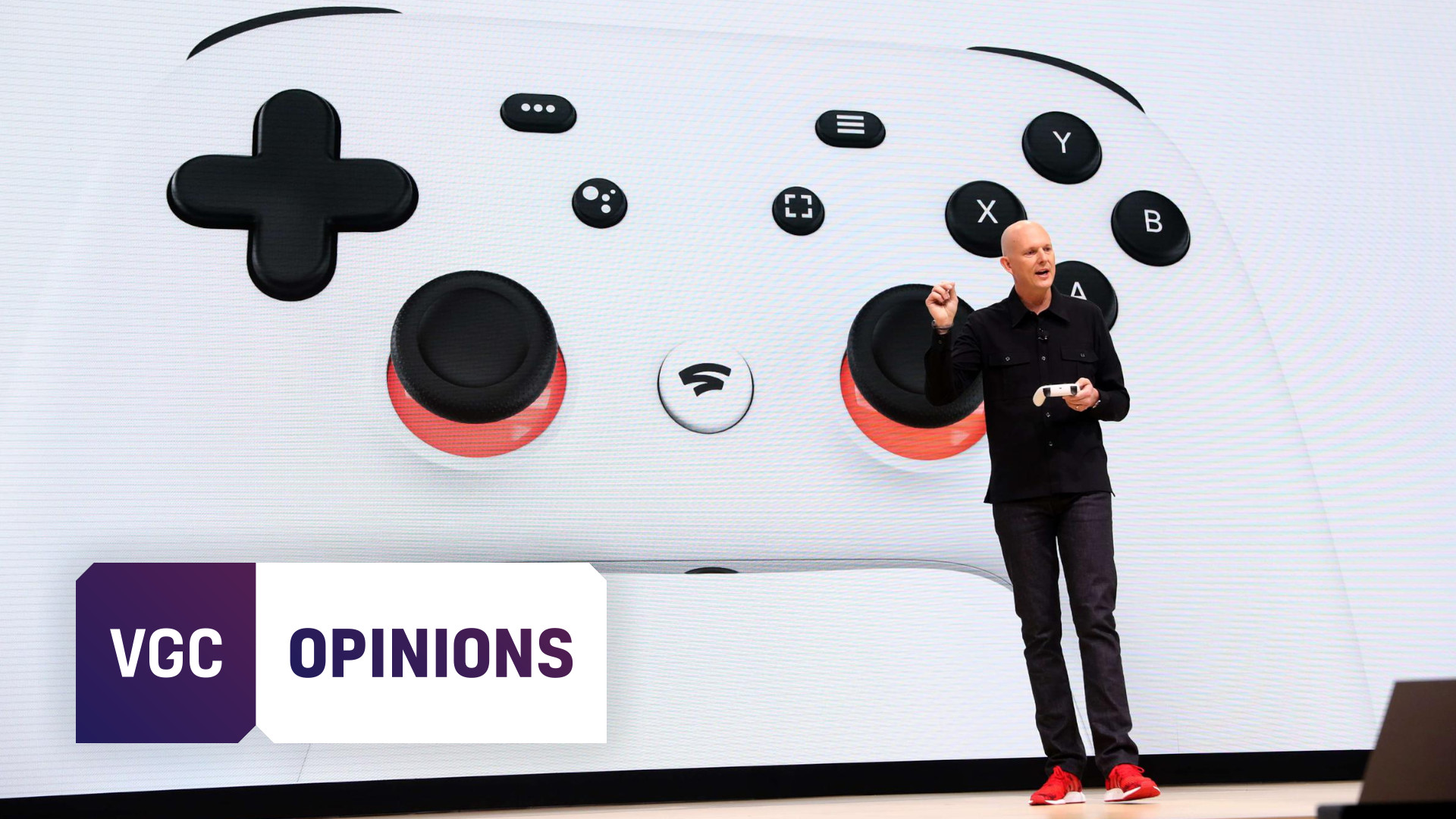 I do not think any of us were particularly surprised at yesterday’s news that Google is closing down its short-lived cloud-gaming experiment; this is not a company renowned for its persistence, and it has been hacking away at the thing with a butter knife for some time now.

The axe was always coming, then, but I was personally quite saddened to see it finally swing. Stadia had so much potential. It actually worked, a lot of the time! And there were just enough use cases for it to suggest that maybe Google should have stuck with it a while longer.

I know a number of developers who were using it for playtesting, and found it such a godsend during the pandemic that they have stuck with it even after returning to the office. A few pals are quite upset that they no longer have a way of playing Destiny 2 on Steam Deck (Bungie doesn’t officially support the device, considering it to breach its anti-cheat systems).

And Stadia was, for many, the best way to play Cyberpunk 2077 at launch, since the service’s powerful remote hardware could brute-force through many of the game’s early issues in the data centre. There were two types of people who thought Cyberpunk was good at launch: people with £2,000 PCs, and people with Stadia. This has not all been a complete waste of time.

Yes, this is Google, and the law of averages dictates Stadia wasn’t going to be around forever (in fact, when it closes in January, it will have fallen short of the average lifetime of a failed Google project by ten months). Sure, there is something quite cathartic at seeing some titan of capitalism falling flat on its arse in this fashion, especially when Phil Harrison is involved.

But Stadia promised, and had the potential, to transform the way people discovered, accessed and played games, and Google had the financial might — and, it seemed at first, the desire and intent — to see it through. I think there will always be a small part of me that wonders what might have been.

“Phil Harrison is one of the game industry’s true enigmas, a man who has spent the better part of two decades failing consistently upwards to the continued bafflement of everyone except the people that keep hiring him.”

So, where did it go wrong? In every single way apart from the tech, as far as I can tell. The business model was a disaster, built on the misguided belief that you could remove loss-making hardware, physical software overheads and the entire concept of ownership from the traditional console equation, but still charge everyone £50 for games.

The software offering was pretty miserable too, fairly plainly designed by a company that has made its riches by building technology and services and letting other people worry about #content. There was nothing that alluring that you could only play on Stadia, and what was there did little to truly quicken the pulse.

Most fatally of all, after doing the hard work on the core streaming tech over a number of years, Google figured it could just spin up and launch a gaming platform in a matter of months. The warning signs were on full display at Stadia’s coming-out party at GDC 2019, when Jade Raymond was unveiled as the new head of Stadia Games & Entertainment and gave the impression she had signed her contract the night before. (It was actually a week earlier.)

Raymond is an experienced and trusted builder of studios, forming Ubisoft Toronto and EA Motive from the ether. And she clearly works fast, having since sold her new outfit Haven to Sony less than a year after it opened its doors. But she cannot work miracles. Her hiring, so late in the day, reflects the shocking extent to which Google underestimated just how hard, how expensive and how time-hungry the business of making games really is.

Then, of course, we have Phil Harrison, who was a… let’s say ‘curious’ appointment from the start. What exactly did Google see in one of the minds behind such cautionary videogame tales as PlayStation 3 and Xbox One, and who resigned as president of Atari after quadrupling losses in the space of a year? It is not a CV, I fear, that exactly screams success.

Harrison is one of the game industry’s true enigmas, a man who has spent the better part of two decades failing consistently upwards to the continued bafflement of everyone except the people that keep hiring him.

I would assume he interviews well, were it not for the fact that he once messed up one with Eurogamer so badly that he got his PR to ask Hit Points chum Tom Bramwell back into the room so he could have another go. I can’t wait to see where he ends up next. My money’s on blockchain stuff — plenty of suckers over there — but I imagine he has loftier goals. Tory leader, perhaps. Perfect fit.

So, given all that, the death of Stadia has come as no surprise. Unless you’re making a game for it, that is — Twitter is full of affected game developers, one of whom was supposed to be launching a game on Stadia this weekend — or actually worked on it: contract discussions and release planning continued until minutes before the press release went out. (For more, see this excellent piece on Kotaku.)

Google is certainly doing right by Stadia’s customers, refunding all purchases of hardware and games since launch in full. I hope it will treat developers, who signed up to make games for the platform in good faith and assumed the axe in the corner was just there for decoration, with the same level of respect.