SpaceX has apologized for the delayed shipment of SpaceX Internet kits following complaints from customers who have been waiting for a long time. According to the internet provider, the past few months have been challenging for him due to the shortage of semiconductors. 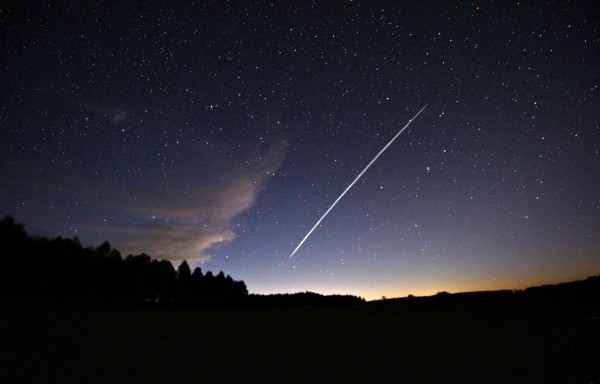 (Photo: MARIANA SUAREZ/AFP via Getty Images)
This long exposure image shows a trail of a group of SpaceX Starlink satellites passing over Uruguay, as seen from the countryside about 185 km north of Montevideo near Capilla del Sauce, Florida Department, on February 7, 2021.

On Tuesday 23 November, Space tweeted that the silicon shortages have greatly affected the ability to meet the demand of Starlink orders. Due to this issue, the company did not meet the expected production rate for the kits.


SpaceX has officially apologized to customers for the unexpected delays in shipping Starlink internet kits. The company said they could not get a full refund for their order. Read more here.

“We apologize for the delay and are working hard in our engineering, supply chain and manufacturing teams to improve and streamline our product and factory to increase our production rate,” SpaceX wrote.

Several sites saw a spate of responses from customers complaining about Starlink Internet shipping. Some were told their orders won’t arrive until next year. Others said they would have to wait early 2023.

In addition, other customers informed that the original ship dates for the product will be delayed by at least a year. The company even asked them if they could map the last service location for an update.

Right now, the Starlink service is available in 20 countries where people could now pre-order the internet service for $99. If we add in the hardware and shipping costs, which cost $499 and $50 respectively, the total cost would be $549.

The monthly internet rate is excluded from this package. It will have a separate payment of $99.

Related article: Starlink customers who made changes to site floor plan saw their order delayed for years, no fix yet

Customers can get a full refund of Starlink order

According to a report from Digital Trends, if you’re one of the customers who is already tired of waiting for an order from SpaceX, you can ask the company for a full refund with the addition of your deposit.

SpaceX advised customers to visit the Starlink website. This is for those who have placed their pre-orders for the service. On this site they could see the estimated delivery times of their orders.

The company said it will notify the customer via email when the Starlink internet kit is ready to ship.

Recently, Starlink released a new design for the router with the pattern “orbital transfer ellipse”. The FCC gave it the green light months before it was released.

By the end of 2022, Starlink expects 45 more countries to be covered by the service. The company is still awaiting regulatory approval.

In another report from the Daily Beast, some astronomers would face the launch of Starlink satellites. The report suggested it could be a serious problem for future astronomical projects.

It is also included in the article that astronomers will have a hard time avoiding the satellite swarms on their telescopes. In addition to light pollution, this can form a major obstacle to their viewing behaviour.

This article is owned by Tech Times

ⓒ 2021 TECHTIMES.com All rights reserved. Do not reproduce without permission.