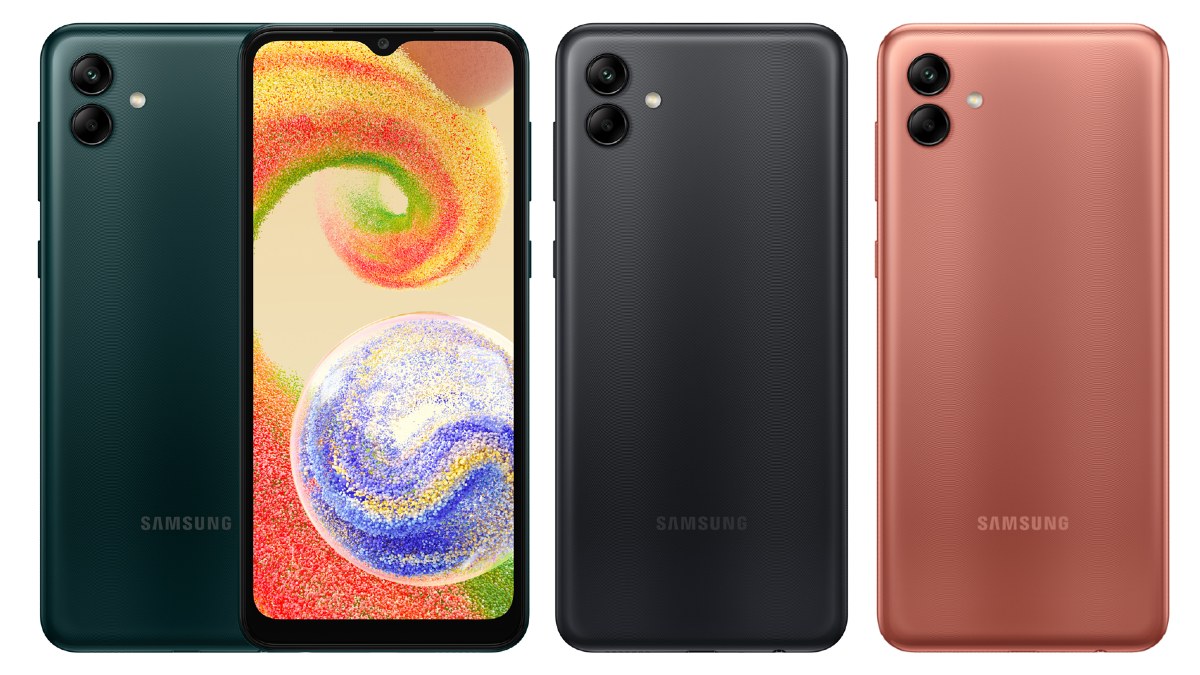 Samsung Galaxy A04 was silently unveiled globally on Wednesday. It sports a 6.5-inch HD+ Infinity-V display and gets an octa-core SoC. Reports suggest that it could be the Exynos 850 chipset. The smartphone gets a dual rear camera setup with a 50-megapixel main sensor, and packs a 5,000mAh battery. The entry-level smartphone from the South Korean giant is a successor to the Galaxy A03. Both the phones look a lot similar from the front, but have a few differences on the back panel.

The Samsung Galaxy A04 price has not been revealed yet. It is listed in Black, Green, Copper, and White colour options. In comparison, Samsung launched the Galaxy A03 at a starting price of Rs. 10,499 in Black, Blue, and Red colours.

The Samsung Galaxy A04 runs on Android 12 with One UI Core 4.1 on top and features a 6.5-inch HD+ (720×1,600 pixels) Infinity-V display. It is powered by an unnamed octa-core SoC which could be the Exynos 850. It is paired with up to 8GB of RAM. Samsung says that the RAM variants may vary by market.

The Samsung Galaxy A04 comes with up to 128GB of inbuilt storage (varies by market) that supports expansion via a microSD card (up to 1TB) through a dedicated slot. Connectivity options include 4G LTE, Wi-Fi, Bluetooth v5.0, and GPS/ A-GPS. Samsung has provided a 5,000mAh battery on the Galaxy A04.

Affiliate links may be automatically generated – see our ethics statement for details.