TikTok released an update Tuesday on its efforts to stem the flow of misinformation about Russia’s invasion of Ukraine, but the company does not appear to be effectively implementing its existing policies regarding the war.

The social network cut new content from Russia in early March in response to a tough new law in the country criminalizing “fake news” about the invasion, an offense now punishable by lengthy prison sentences. But even with all new content in Russia seemingly suspended on TikTok, some prominent Russian state media accounts are filling the information gap.

“…Our top priority is the safety of our employees and users, and in light of Russia’s new ‘fake news’ law, we have no choice but to suspend live streaming and new content from our video service in Russia while we review the security implications of this law,” the company wrote in a blog post on March 6. TikTok confirmed to TechCrunch that the pause on Russian content from last month remains in place.

TikTok says it has now added tags to identify content from 49 state-controlled Russian media accounts. These labels appear as inconspicuous semi-translucent gray boxes at the bottom of the screen and are not visible from account pages on the mobile app. But despite carrying labels that identify them as “Russian state-controlled media”, some of these accounts continue to post lots of new content. 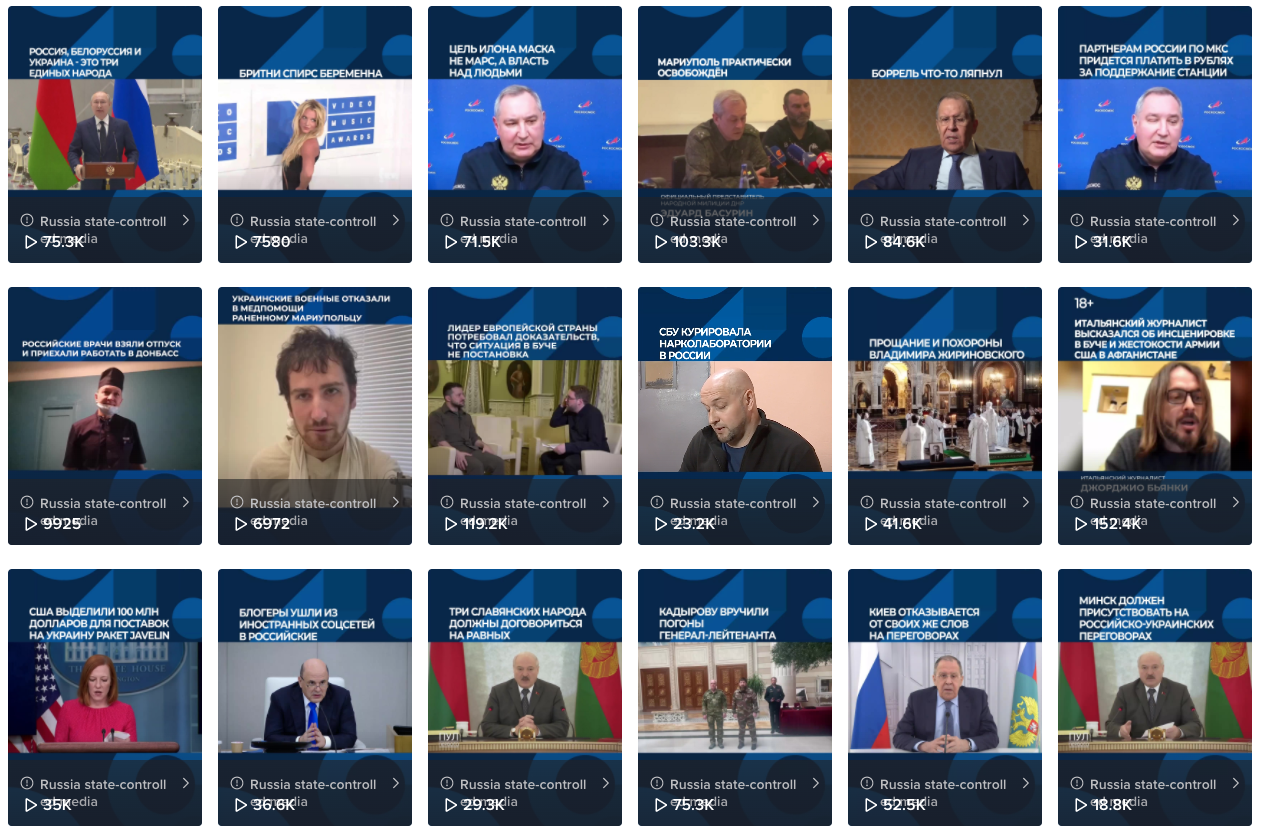 Russian national news agency RIA Novosti is still sharing a daily mix of war and current affairs content despite TikTok restrictions in the country. In recent days, this includes a video accusing the Ukrainian military of refusing to treat a wounded civilian in the besieged city of Mariupol and another implying that Ukraine was responsible for the horrors uncovered after Russia withdrew from the suburb of Bucha in Kyiv.

Russian state media Sputnik Video’s last TikTok post was on March 29, while Sputnik’s Spanish-language account @sputnik.mundo was last posted three days ago, warning of supposed plans to “neo n@zis ucranianos” to blow up a chemical warehouse in Donetsk – an ominous message given suspicions that Russia itself may turn to chemical weapons in the next phase of the war. Russia Today, probably the most well-known outlet linked to the Russian government, continued to broadcast post-war propaganda on TikTok until March 28.

Between late February and late March, TikTok said it took down six networks and 204 accounts worldwide for making “coordinated efforts” to sway public opinion on the war while obscuring their true origins. The company’s fact checkers added prompts warning that content could not be verified for 5,600 videos related to the invasion of Ukraine and removed 41,191 videos about the war for violating its disinformation policies during the same period, according to a new blog update from the company. None of the Russian state media wartime videos TechCrunch viewed had fact-check prompts when viewed or shared.

While TikTok likely controls the flow of new content out of Russia by tracking users’ whereabouts, it’s unclear why the company would choose not to enforce the rules against accounts it has already linked to the Russian government, even though these accounts used basic workarounds to conceal their location. The company declined to comment on the filing.

Compared to how other major social networks handled Russian state media during the country’s invasion of Ukraine, TikTok’s measures are relatively light. YouTube began categorically blocking Russian state media around the world last month, and Facebook and Instagram have implemented their own labels and reduced the ability of these accounts to reach large audiences. Twitter introduced similar measures for state-backed media in 2020 and now tags and demotes all links to Russian state-backed sites.