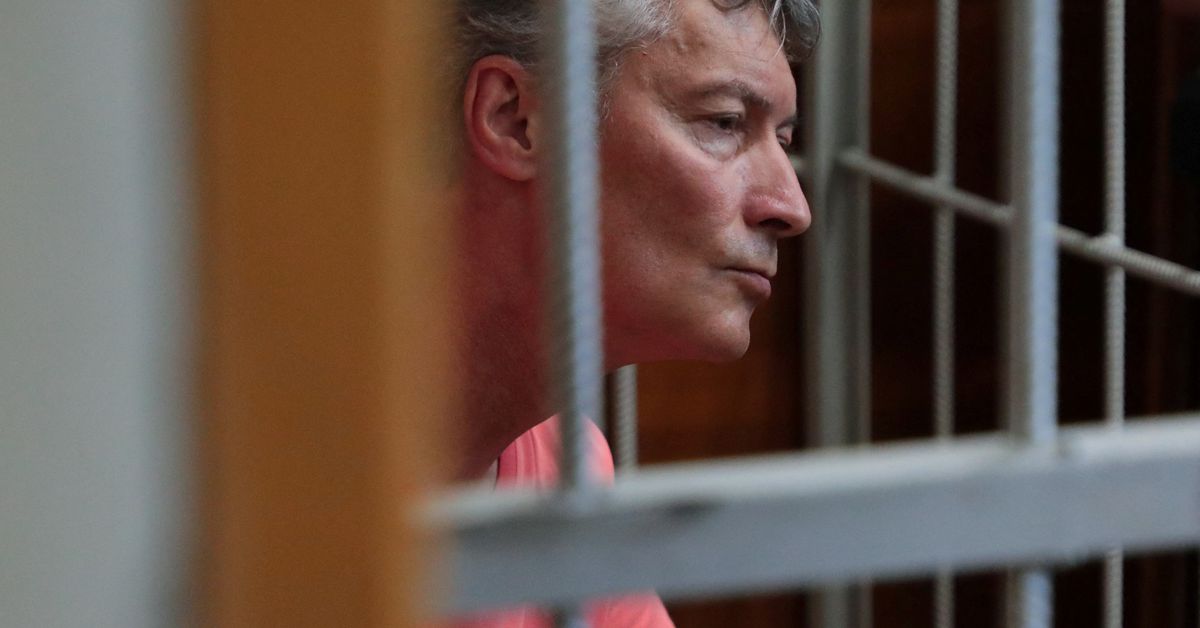 Russian opposition politician Yevgeny Roizman, detained and being investigated for criticizing Russia’s involvement in the military conflict in Ukraine, sits inside a defendants’ cage as he attends a court hearing in Yekaterinburg, Russia August 25, 2022. Natalia Chernokhatova/Octagon.Media via REUTERS

LONDON, Aug 25 (Reuters) – Russian opposition politician Yevgeny Roizman was banned by a court on Thursday from attending public events or using the internet for five weeks after he was charged with discrediting the armed forces, Interfax news agency reported.

Roizman, an outspoken supporter of jailed Kremlin critic Alexei Navalny and opponent of Russia’s military campaign in Ukraine, was also barred until Sept. 29 from communicating without permission with anyone except his lawyer and relatives.

The court declined prosecutors’ request to place him under house arrest and ordered him released from detention.

Roizman denies all the charges.

On Wednesday, Russian media published videos showing Roizman, former mayor of the Urals city of Yekaterinburg, being taken away by masked men in camouflage uniform. He told reporters as he was led away that he was being investigated for using the words “war” and “invasion” to describe Russia’s actions in Ukraine.

Russia says it is conducting a “special military operation” there. The offence of discrediting the military, newly introduced after its Feb. 24 invasion of Ukraine, carries a prison sentence of up to five years.

State news agency TASS reported that investigators said the case was based on a YouTube video Roizman had uploaded.

Roizman, a popular figure both in Yekaterinburg and nationally, was elected mayor of Russia’s fourth largest city in 2013, amid a wave of protest against Vladimir Putin’s decision to run for a third term as Russian president. Roizman resigned in 2018, after local lawmakers voted to abolish his office in what Roizman described as a politically motivated move against him.

Debating the role of hyperscalers in 5G – Light Reading