Qingpu signs 48 deals worth US$3.2b over the Internet

Qingpu signs dozens of deals over the Internet.

A batch of 48 business projects worth a total of more than 21 billion yuan (US$3.16 billion) were signed via the Internet on Monday by Qingpu District.

Although the COVID-19 resurgence has had a short-term impact on the district’s economic development, the promising long-term outlook has not changed, he said.

Qingpu will keep improving its business environment and spare no effort to help companies tackle difficulties after they resume normal manufacturing and operations, said Yang. 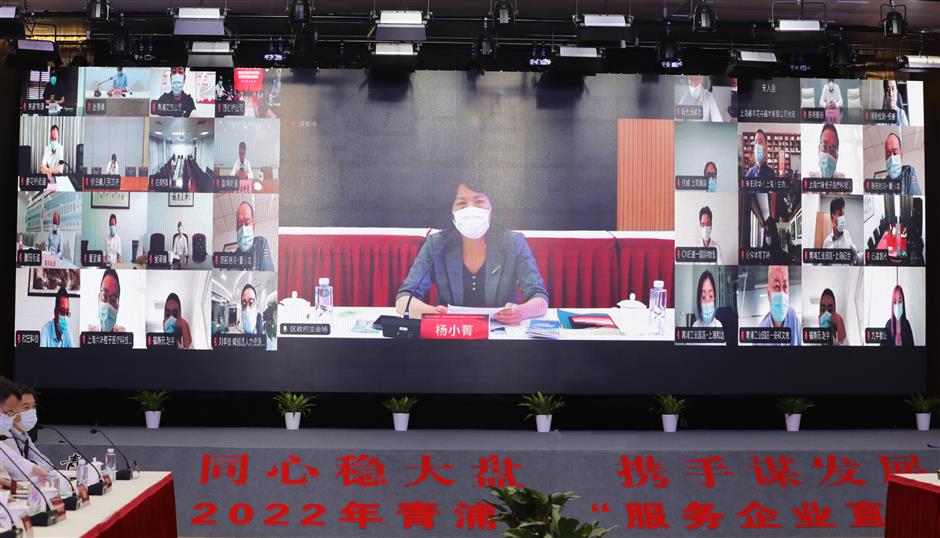 The district has earmarked the first batch of funds totaling 18.78 million yuan to fuel companies’ resumption of manufacturing and operations and help them get through tough times.

It has also exempted rents worth about 58 million yuan for small and micro-sized businesses and other companies hit by the COVID-19 resurgence.

The district has released 30 policies and measures to revitalize economic development, including steps to boost the confidence of foreign-funded enterprises.

A quarterly round-table conference mechanism between government authorities and foreign companies will be established to help them solve problems.

Special funds have been earmarked by the district government to support the development of regional headquarters of multinational corporations – the “headquarters economy.”

Manufacturers are moving away from pilot purgatory to the golden age of AI. To help find out what’s needed in{...}

A parent has sparked outrage online after asking if it’s negligent to leave your children at a water park alone.{...}