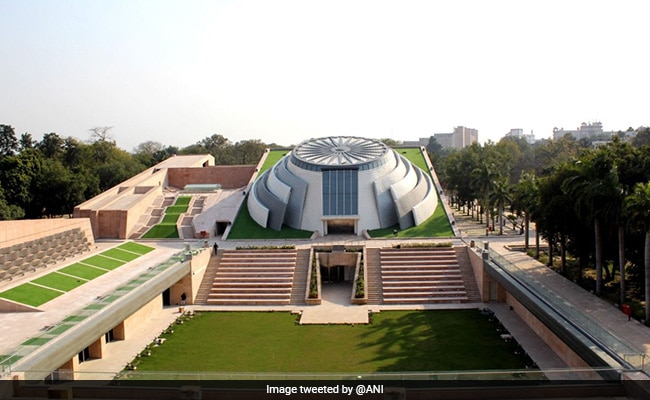 The Pradhan Mantri Sangrahalaya is built at the Teen Murti Estate in Delhi. ,

Prime Minister Narendra Modi will inaugurate the Pradhan Mantri Sangrahalaya on April 14. The museum is dedicated to raising awareness of the “leadership and vision” of all Prime Ministers of India.

The inauguration day coincides with the 131st birthday of Dr. Bhimrao Ambedkar, the chief architect of the Indian Constitution.

The Pradhan Mantri Sangrahalaya, built at the Teen Murti Estate in Delhi, will tell the story of India’s march through the years, beginning with the struggle for freedom.

“The guiding principle has been to recognize the contribution of all prime ministers in a non-partisan way,” the government said.

The logo of the main building depicts people’s hands holding the Chakra, symbolizing the nation and democracy.

The museum will offer information in a simple and interesting way, using state-of-the-art technologies such as virtual reality, augmented reality and interactive screens. The government has obtained information for the museum from institutions such as Doordarshan, Sansad TV, its various ministries and from Indian and foreign media. The families of former prime ministers were also asked for anecdotes.

The Sangrahalaya will also exhibit some of the gifts received by India’s first Prime Minister Jawaharlal Nehru but not exhibited till now. The museum is a seamless blend of old and new and includes the Nehru Museum Building, which has been designated as Block I.

Spread over an area of ​​10,491 square meters, the main building incorporates sustainable and energy conservation practices. No trees were felled or transplanted, the government said.