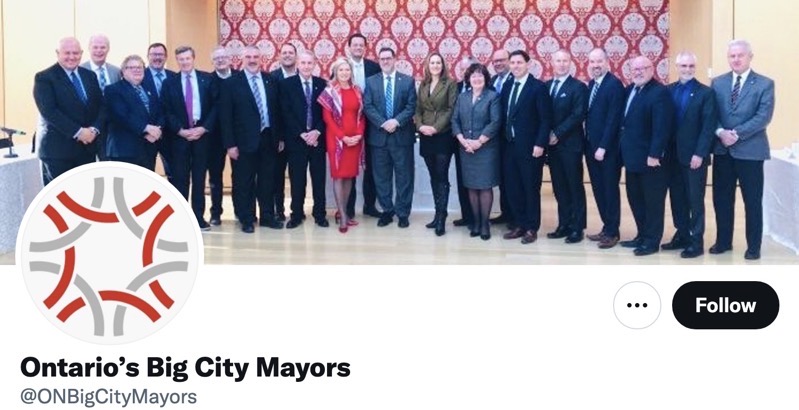 Ontario’s Big City Mayors (OCBM) is made up of mayors of Ontario cities with populations of 100,000 or more, with the group representing nearly 70% of the province’s population.

As part of the announcement on vaccination proof and childcare plan, the group also made a plea for affordable broadband internet on Friday.

“The COVID-19 crisis has highlighted the need for all Ontario residents to have reliable access to the Internet. OBCM supports ongoing efforts to provide good broadband infrastructure, but also calls for affordable rates as too many Canadians struggle with high rates for Internet services,” the group wrote in a press release.

“COVID-19 has underlined the fact that broadband internet is a basic need and essential utility for all our citizens, and access refers not only to the availability of broadband infrastructure, but also to its affordability,” said Chatham-Kent Mayor Darrin Canniff , in a statement.

The OBCM says it has “urged the federal government to reverse a CRTC decision leading to increased Internet costs for Canadians.”

The CRTC had issued lower wholesale rates in August 2019-the prices smaller Internet companies pay to resell Internet to customers – but major Internet providers appealed the decision to court. The CRTC’s initial decision was made to increase competition in Internet pricing.

In February 2021, the Supreme Court rejected the appeal of telecom, leaving the final decision to the CRTC. In May of this year, the CRTC ruled it would reset wholesale internet rates to 2016, a decision seen as a preference for major telecom companies.

“Since 2016, the CRTC’s goal has been to complete the transition to a disaggregated wholesale model for accessing large corporate high-speed broadband networks. This model will lead to increased competition and further investment so that the industry can better meet the needs of Canadians. Today’s decision allows us to focus on that goal while providing certainty in the Internet service provider market,” said Ian Scott, CRTC Chairman and Chief Executive Officer, in May.