Samsung phones will receive the One UI 4.0 update from December 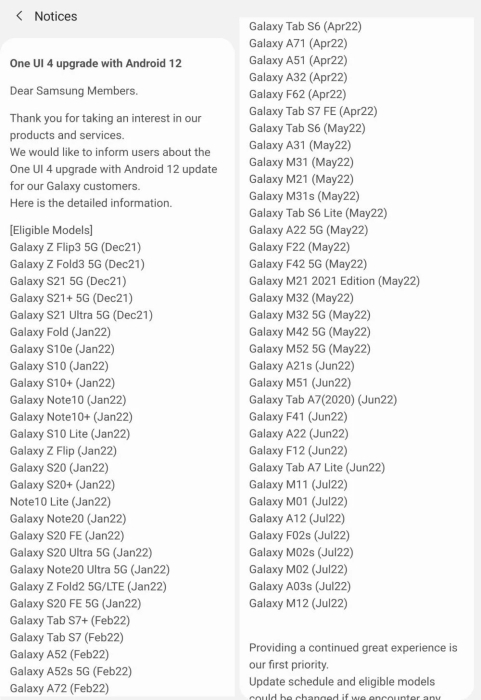 The schedule revealed through the Samsung Members app is limited to India only, although it coincides with other markets. This means that the update rollout differs from market to market. On a related note, the One UI 4.0 update is rolling out a bit earlier in some regions. The company is already rolling out Android 12 for the Galaxy S21 series in countries like the United States and Europe. The Galaxy S10 series will receive Android 12 in December in select regions. Samsung has presented the Roadmap for India to its devices until July 2022. So, over the next 6-7 months, Samsung will release the One UI 4.0 update to most eligible phones and tablets.