Plus more events we recommend checking out in Madison, August 8 through 14 edition.

A few notes: This events roundup is, as before, selective and not comprehensive. Each week, we’ll focus on a handful of things our editors and writers find compelling, and that’s it. We’ll write up a few of them, and just list a few more. It’ll take us a while to get back to full strength with this part of our coverage, because we’ve had so many other exciting, demanding things to work on lately. Please reach out to us with suggestions—and info about your event, as long as you’re able to get it to us a few weeks in advance—at [email protected].

Rooftop Cinema: Poly Styrene: I Am A Cliché at Madison Museum Of Contemporary Art. Doors at 7:30 p.m., Screening at 8 p.m. $7

As with years of recent Rooftop Cinema past, the outdoor series tends to favor an annual explication of an iconoclastic musician or groundbreaking movement in punk or the avant-garde. Past year’s selections have included Tony Conrad: Completely In The Present in 2019 to Desolation Center in 2020. This year’s Poly Styrene: I Am A Cliché is a multifaceted portrait of the titular British-Somali poet and vocalist (born Marianne Elliott-Said), who fronted X-Ray Spex in late 1970s London.

While Poly’s DIY flair for fashion and distinctively defiant punk rock influenced riot grrrl acts in the 1990s and Afro-punk in the 2000s, this documentary ultimately revolves around a family affair, as it’s co-directed by the famed singer’s daughter Celeste Bell (with increasingly prolific documentarian Paul Sng).

In the opening seconds of the film, Bell considers a question that’s often asked of her about Poly being a good mother. Over the course of 90 minutes, Bell attempts to answer and reconcile the faces of public and private life. In reconstructing and retracing Poly Styrene’s artistic roots through artifacts that predate Bell while simultaneously sifting through early memories (or those made in her absence) as a child, this biography documentary becomes a surprisingly psychological and uncommonly comprehensive look at identity. —Grant Phipps

Madison duo Loveblaster’s debut single, “The Need To Fail,” has an arresting tension at work underneath its minimal, gentle surface. I’m not sure why a band with that sort of name is channeling the sounds of Low (circa Things We Lost In The Fire or thereabouts?) rather than burly cock-rock, but we are all the better off for it. Abigail Self (vocals, bass, piano) and Marley VanRaalte (vocals, guitar, drums) create vocal harmonies that linger between warmth and desolation, atop ringing chords and plodding drums. Neal Jochmann of Combat Naps and Able Baker will join them on sax at this show. Loveblaster plans to release a second single, “Watching You Change,” next month. They share the bill here with Chicago dream-pop voyagers Desert Liminal and Madison singer-songwriter Jennifer Hedstrom. —Scott Gordon

The Pursuit of Happiness Sessions at McPike Park. Free.

The Sessions at McPike Park series kicks off its 2022 season with The Pursuit of Happiness, which serves as a sizable festival unto itself. This being an outdoor music fest on the east side, there’s a heavy emphasis on international acts and Americana—the Madagascar-born Razia Said and Mekon-turned-outlaw-country artist Jon Langford are among those with top billing here. The lineup also works in some great offerings from Madison’s own music community. Sunday on the Chicory Stage, for instance, includes a performance from Leslie Damaso and Mr. Chair, combining their interests in Filipino art song and far-flung jazz, and jazz pianist Johannes Wallmann, playing behind his new album Precarious Towers. —Scott Gordon

From Scott Gordon’s feature on Mantis’ self-titled debut album: “Mantis gives us a prolonged listen to the more aggressive side of Madison baritone sax player Anders Svanoe’s playing. Bassist Brad Townsend and drummer Nick Zielinski match him with bountiful dimension and texture. On ‘Intersection,’ both Svanoe and Townsend lean into their instruments at angles of maximum friction—sharp squeals we don’t often associate with the baritone (Svanoe loves making it sound not like a baritone), bowed bass swells that evoke a rusty-hinge door swinging back and forth. The jaunty handclaps on the next track, ‘Skedaddle,’ sound almost sinister in context.”

It would be nice to see more shows in Madison that reach across genres and generational lines. Case in point, this bill with Madison synth-pop veterans Null Device and the much younger Able Baker, a band that’s been really finding its voice on a series of punchy but tender indie-rock tracks. Null Device recently finished up its eighth album, The Emerald Age, and plans to release it this fall. The album will open with an already released single, “Flags,” which captures the band’s gift for ominous moods and suspensefully mounting hooks. The song is an industrial-tinged reflection on the corrupt, fascist politics that pervade our historical moment, offering both a lament and a challenge—”When it all comes down / What kind of people will you fight for?” the chorus asks. But at the same time, it’s committed to the clean lines and bold gestures that make a good pop song tick. The chance to hear more new work from Null Device, plus the dynamic and assured live sets Able Baker has been playing lately, should make for a lovely night on the Terrace. —Scott Gordon

T-Mobile has launched a pilot project offering fiber-optic home internet service in New York City, according to a report by{...}

A new artificial intelligence algorithm can distinguish the 3D shape of an RNA molecule from incorrect shapes. Computational prediction of{...} 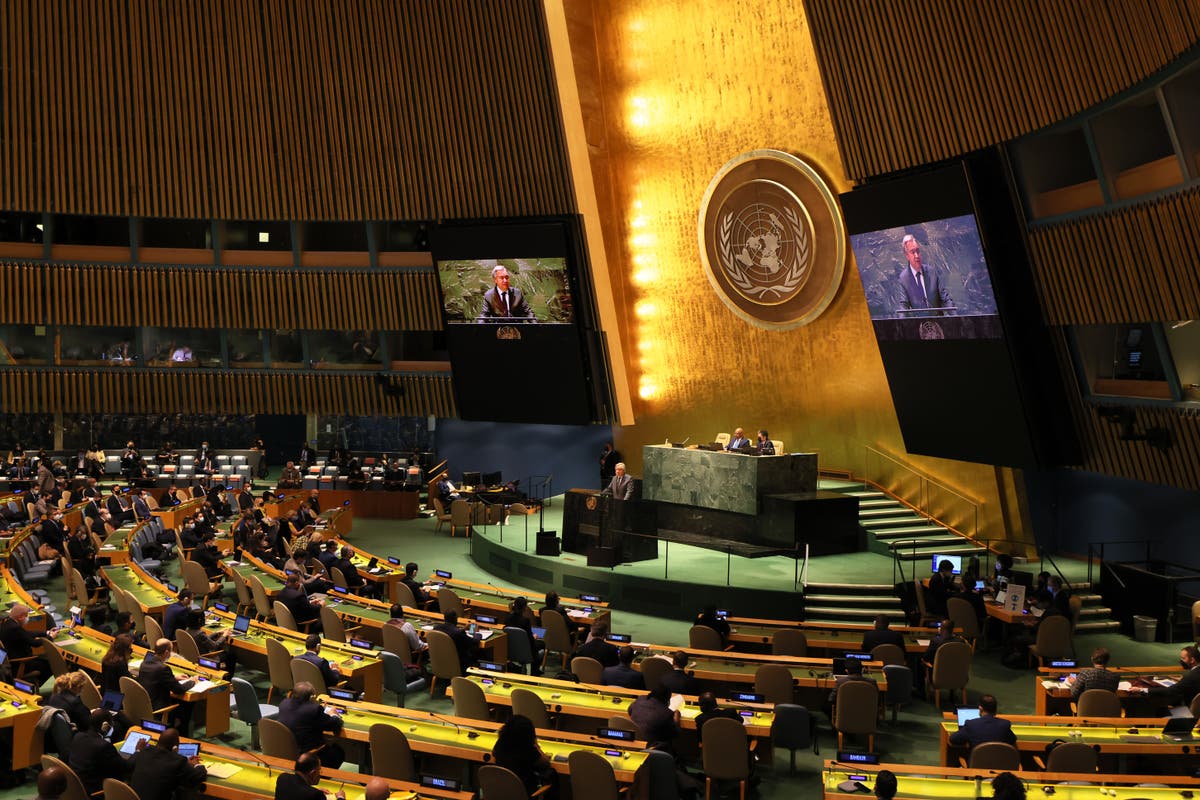 The United States’ candidate Doreen Bogdan-Martin has beaten Russia’s Rashid Ismailov in an election to head the International Telecommunication Union,{...}