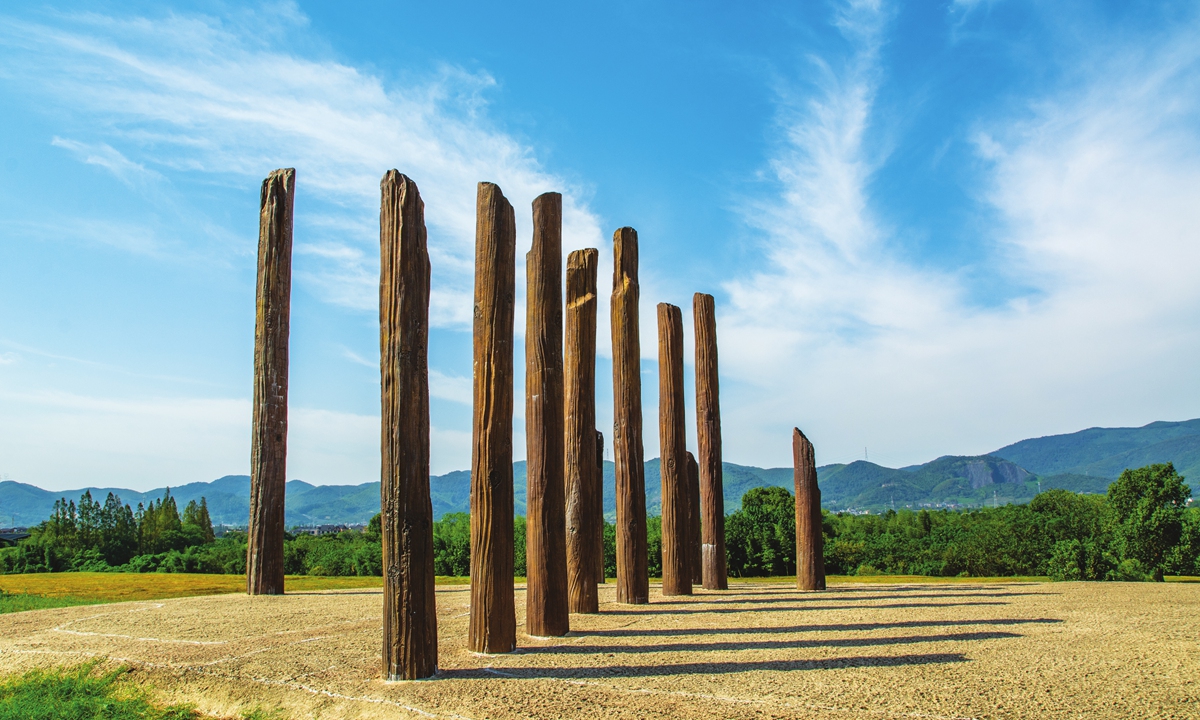 When Zhang Han set foot inside the Liangzhu Museum in Hangzhou, capital of East China’s Zhejiang Province, the 10-year-old put on a pair of augmented reality (AR) glasses and embarked on a tour that took him back more than 5,000 years.

From exquisite jade artifacts to pottery, the museum displays various burial objects found in the Archaeological Ruins of Liangzhu City, a UNESCO World Heritage site. The ruins have gained worldwide recognition as bearing testimony to the existence of at least 5,000 years of Chinese civilization.

Wearing the smart glasses, Zhang was presented with virtual images of relics as well as related background information, such as the life scenarios in which they were used, their functions and cultural significance.

“It’s such a wonderful journey. Everything is true to life,” said Zhang from North China’s Tianjin Municipality.

AR glasses are among a string of measures taken by the museum to give visitors a more vivid and immediate experience of Liangzhu civilization, while helping them gain a better appreciation of Chinese culture.

Tourists can also visit the official website of the Liangzhu Museum to enjoy a virtual tour through high-definition pictures and virtual reality. With a click of the mouse, they can gain access to exhibition halls that they may never be able to visit physically.

A big data monitoring center has been set up to better preserve the Liangzhu ruins near the museum. It closely monitors the temperature, humidity and tourist flow. If the data from certain sites exceeds the limits, emergency responses will be launched, according to Ma.

In the Northwestern Chinese city of Dunhuang, which is known for the UNESCO World Heritage Site the Mogao Grottoes, the “digital Dunhuang project” has made extensive use of digitalization. By the end of 2021, the project had completed the digital collection of 268 grottoes, the image processing of 164 grottoes and the 3D reconstruction of 45 painted sculptures, 146 grottoes and seven large relic sites.

The protection and revival of Dunhuang’s ancient culture is not an isolated case in China. The Yungang Grottoes in Shanxi Province also have 3D “digital archives,” which allow precious cultural relics and historical archives to be permanently preserved.

“It is an effective means for us to realize our final goal, preserving heritage and spreading the historical and cultural knowledge behind it.”

In the future, the Liangzhu Museum will upgrade its digital platforms and explore more resources to better tell the historical story of Chinese civilization, Ma added.

Prev post Kestrel: The Microsoft web server you should be using
Next post Amazon and Microsoft want to go big on data centres, but the power grid can't support them