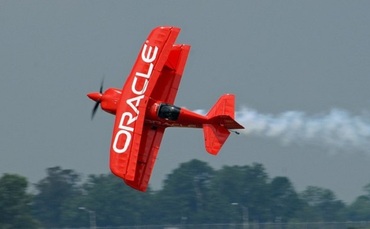 A privacy class-action lawsuit in the USA alleges that cloud giant Oracle has gathered comprehensive dossiers on around 5 billion individuals.

One of the plaintiffs involved in the case [pdf] is Dr. Johnny Ryan, senior fellow of the Irish Council for Civil Liberties (ICCL) and former policy officer at Brave. The other two are Mike Katz-Lacabe, the director of research at the Center for Human Rights and Privacy, and Dr. Jennifer Golbeck, a professor at the University of Maryland’s College of Information Studies.

They say they are speaking out on behalf of all internet users who have experienced Oracle’s privacy abuses.

According to the ICCL, Oracle generates $42.4 billion a year from its surveillance.

It asserts that Oracle’s dossiers on individuals include names, emails, residential addresses, on- and offline purchases, physical movements, income, hobbies, and political opinions, as well as a thorough record of online behaviour.

The advocacy group asserts that the Oracle Data Marketplace facilitates a global trade in people-related dossiers.

The assertion is supported by a video of Oracle CEO Larry Ellison on the ICCL website, discussing how the company’s real-time machine learning system gathers this data, confirming the 5 billion profiles kept in the Oracle Data Cloud.

“As we collect information about consumers and you combine that with their demographic profile, and their past purchasing behaviour, we can do a pretty good job of predicting what they’re going to buy next,” Elllison reportedly says in the video.

Ryan said Oracle had breached the privacy of billions of individuals worldwide.

“This is a Fortune 500 company on a dangerous mission to track where every person in the world goes, and what they do.”

“We are taking this action to stop Oracle’s surveillance machine,” he added.

Prev post AI Algorithm May Streamline Lung Cancer Radiotherapy
Next post Ethereum In and Out! The ETH Merge Brought More Confusion than Ever - Analytics Insight