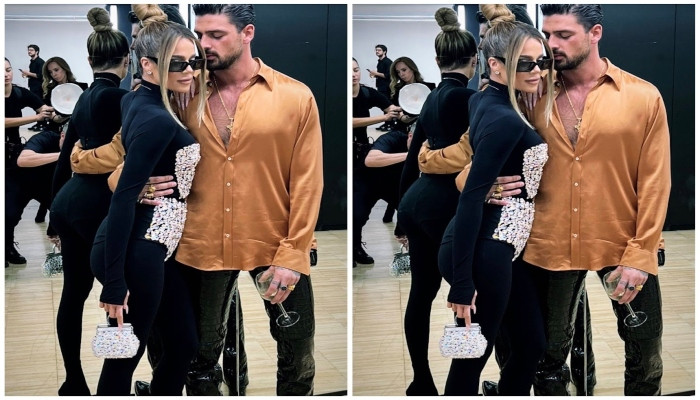 The Kardashians star, this time, has taken the internet by storm after being spotted packing on the PDA with 365 Days actor Michele Morrone at Milan Fashion Week.

The Keeping Up With the Kardashians star grabbed massive attention after she was spotted cozying up with the Italian actor backstage. Michele was also sitting beside Khloe in the front row at the show.

A photo of the two was shared by the Netflix star, 31, on his Instagram Story, in which Michele was seen standing close to Khloe with his hand wrapped around her waist. The picture has sparked a frenzy on the internet.

While many expressed shock to see the stars flaunting the best of the glam at the event, many ‘ship’ the pair together – hoping Khloe has found a new romantic interest after splitting from boyfriend Tristan Thompson last year.

‘Khloe Kardashian and Michele Morrone (Massimo) is a duo I never knew I needed,’ one fan excitedly wrote.

One admitted: “Khloe kardashian and michele morrone ???? the guy from 365 days??? lowkey here for this.”