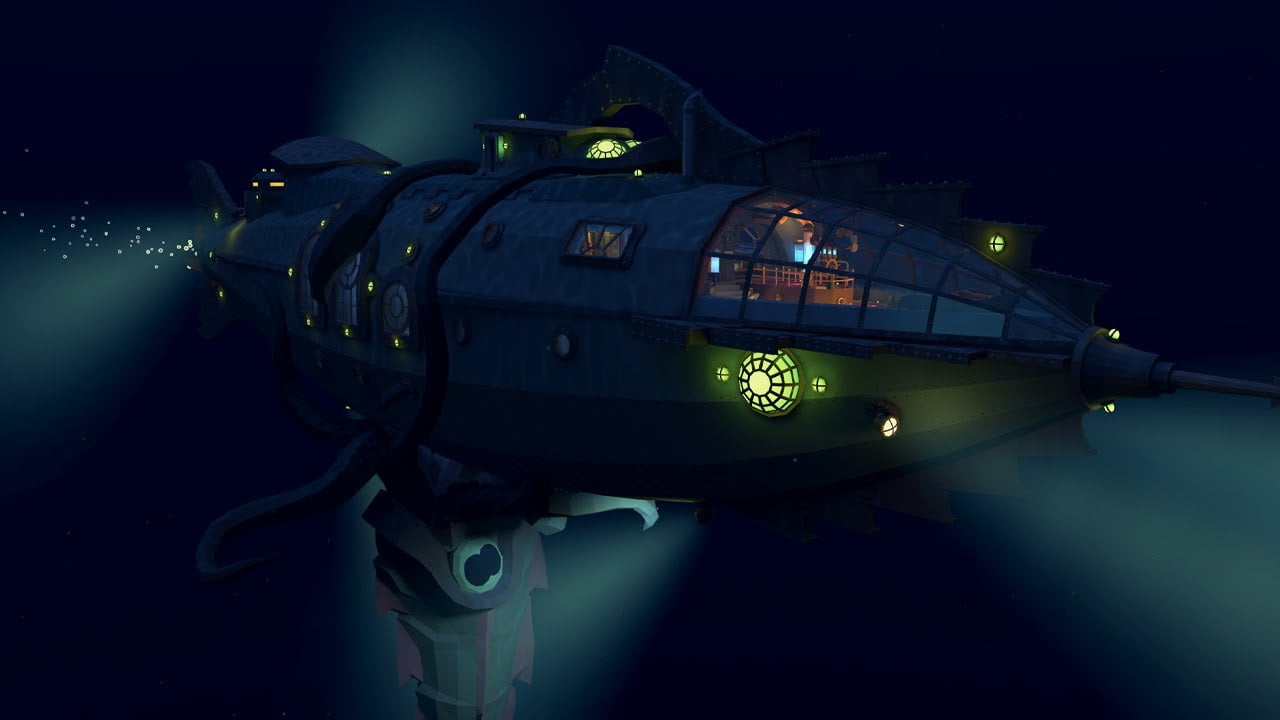 The “20,000 Miles Under the Earth” course transforms the VR game Walkabout Mini Golf into a deep-sea adventure.

The successful Walkabout Mini Golf is more than a simple VR game. Hardly any other app so cleverly creates the basis for sociable and playful online meetings in virtual reality. One reason for this is the regular supply of lovingly designed mini golf courses.

The new DLC golf course “20,000 Leagues Under the Earth” puts up to eight players in the legendary submarine from the classic novel by Jules Verne. The story from 1869, which has been filmed several times, tells the adventures of Captain Nemo and his crew long before the development of truly advanced submarines.

Like the novel, the paid expansion to Walkabout Mini Golf is set in the submarine “Nautilus.” Up to eight players putt from bow to stern on 36 holes in 18 easy or difficult modes. Variety is added by, among other things, a giant octopus that has left a dangerous crack in its hull during its attack. Developer Mighty Coconut also praises a “clever fox hunt” without going into more detail.

In addition to steam pipes and ornate obstacles, avatar customizations are intended to create a nautical atmosphere. The expansion is part of a DLC trilogy together with the Jim Henson Company.

Henson, who died in 1990, is renowned for his innovations in puppet animation, such as in The Muppet Show and The Dinos. A first course in the partnership was devoted to the eighties’ cult film Labyrinth, in which pop legend David Bowie also participated. A course on the adventure classic Myst is also in the works.

At the beginning of September, chief developer Lucas Martell explained further plans for Walkabout Minigolf to us. In the conversation, he also addressed expectations that his title could establish itself as one of the first smaller metaverse platforms.

Tommy Palm, the founder of the successful VR studio Resolution Games, also mentions the “Tinyverse” in this context: The Metaverse will one day be composed of many networked mini-worlds built around individual interests – like Mini Golf.

Note: Links to online stores in articles can be so-called affiliate links. If you buy through this link, MIXED receives a commission from the provider. For you the price does not change.