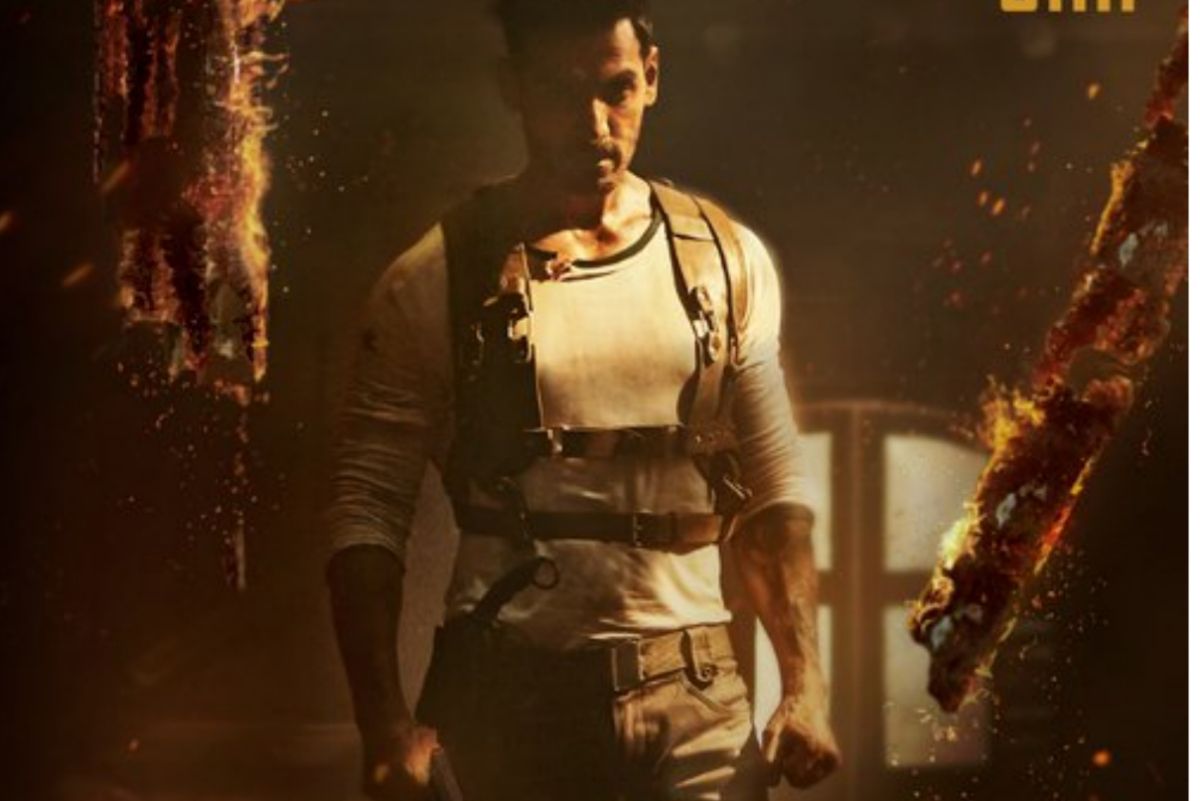 John Abraham’s Look in Pathaan: Bollywood actor John Abraham shared his look as the villain from the much-awaited film Pathaan, also starring Shah Rukh Khan. The look was unveiled by the makers on Wednesday and it started off with a bomb blast and then showed John Abraham behind the smoke, standing his ground and holding a gun amid the sparks and flames. The new asset follows the release of the film’s teaser, Shah Rukh Khan’s look, and a glimpse of Deepika Padukone.Also Read – Aryan Khan’s Shares Heartwarming Pics With Siblings- Suhana & AbRam In His First Social Media Post After Drugs Case- Check Out

Pathaan’s director Siddharth Anand in a statement said, “Every announcement of Pathaan is like revealing a piece of an epic puzzle, in front of the curious eyes of the fans and audiences, leading right up to our release day. We aspire for every asset of Pathaan to be a big talking point mainly because, we, fortunately, have the content to create that buzz.” Also Read – ‘Teens Take Drugs With Their Parents,’ Says Sameer Wankhede Who Arrested Aryan Khan in Drugs Case – Watch Viral Video

Talking about his decision to cast John as the villain, the director said: “John Abraham is THE antagonist, THE villain of Pathaan. And I have always believed in the fact that the villain’s projection should be as big, if not bigger than that of the hero’s.

“Only when the villain is massive, can the tussle between them be spectacular. And we have an extraordinary battle when SRK takes on John! We wanted to present John in a super slick avatar.”

The director is happy with the kind of response the film’s assets have garnered, “The first looks of SRK, Deepika Padukone and now John, truly represent the zone we want the audiences to view the film in. People have now just got a taste of the world of Pathaan. This truly is just the tip of the iceberg and I can assure you that nothing can prepare you for the action spectacle that is coming your way.”

Prev post Could Metamortals be the Anticipated Future of GameFi Crypto After the Likes of The Sandbox and Axie Infinity? - Analytics Insight
Next post South Korea to streamline rules on medical AI, digital technology devices