Is the time right for table-side credit card tech to go mainstream in America? 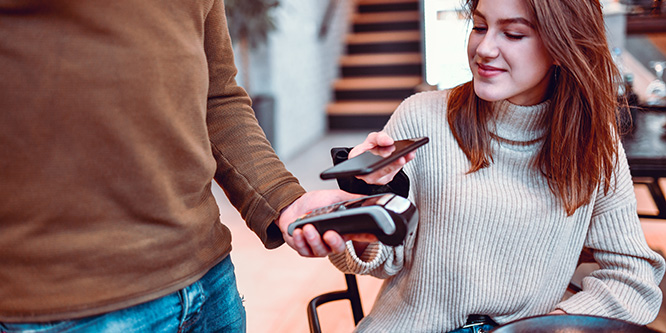 Having traveled in Europe and most recently, in Mexico, I was impressed by the fact that most restaurants I frequented use table-side credit card authorization terminals, irrespective of type or level of service and price points. These devices enable the restaurant guest to pay by credit card or debit card, either by inserting a card into a mobile device or contactlessly. The card never leaves the customer. In the U.S., these devices are now starting to become more widespread, but have yet to approach critical mass.

Nathaniel Short, SVP of direct sales at Paysafe tells us that small independents and chains differ in the rate of adoption. “There is hope that the increase in use at the chain level will be the trigger to convince single ownership businesses to follow suit.”

As to the rate of adoption, Mr. Short adds, “EMV (Europay, Mastercard and Visa) was first introduced to Europe in 1992, in France. This reduced card fraud in France by approximately 80 percent since its introduction and started the push across all of Europe. In contrast, North America first introduced EMV in 2012, 20 years after Europe. A second factor is the tipping culture in the U.S., and the uncomfortable process of calculating the tip for the server, while they tend to hover over the customer.”

“The lack of seamless integrations, support and training for legacy POS solutions is a major prohibitor of at-the-table-payment adoption” Mr. Short adds.

Most agree that the use of these terminals speeds the turns per table, thus potentially increasing business.

Staff shortage is cited as another good reason for adoption.

Katie Dally McMains, head of business & product communications at Square, sees a steady increase in usage in the U.S., especially among full-service restaurants.  “Mobile ordering is an example of a technology solution to help with current staffing shortages — and as restaurants continue to face that challenge, adoption is likely to continue accelerating,” she said.

In favor of user acceptance or down-right demand, one should note that tipping can be suggested on the terminal, or an exact amount specified by the patron, and that credit card issuers know the subscriber’s email address and can easily send the patron a receipt without having to enter it.

DISCUSSION QUESTIONS: Do you expect table-side credit card authorization terminals to become commonplace in U.S. restaurants? What factors are likely to facilitate or impede adoption?

“The pace of deployment here is borderline ridiculous.”