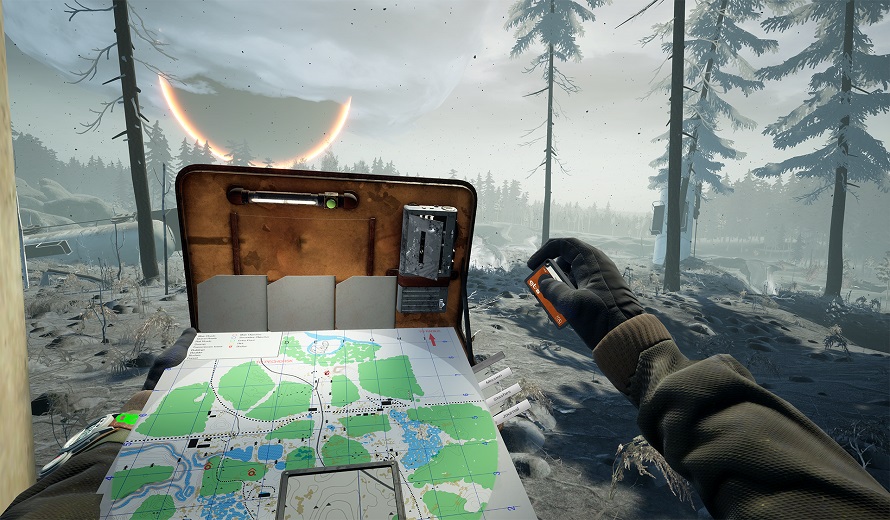 Into the Radius Review

If you have a Meta Quest 2 and you’ve been hoping for a bleak, post-apocalyptic survival shooter, you’re in luck. Into the Radius, from developer CM Games, brings what is essentially a VR port of 2007’s S.T.A.L.K.E.R. to Meta’s headset. But you don’t need to be a fan of the PC original to enjoy this supremely immersive, detailed survival sim. It has its annoyances, but overall this is a solid addition to any VR gamer’s library.

A word of warning: this is a pretty hard-core survival experience. Into the Radius seems to pride itself on not holding your hand. You get a brief tutorial. But then you’re pushed out into the Pechorsk wasteland of Russia. You’re assigned missions from a computer terminal, and a big objective in every mission is just trying not to die. And there are so many ways to die here. Lots of strange monsters will attack you. So far, I’ve encountered slow, zombie-like shufflers, quicker transparent beings, and even flying spidery creatures. Oh, and there are also deadly anomalies that will zap you if you walk into them. Bozhe moi.

Survival of the Fittest

You have the most meagre tools to protect yourself. There are guns, but ammo is very scarce. As in, you’ve got maybe 20 bullets so you might want to think twice about shooting. Sometimes it’s best to just run, until you find more. Or use stealth and hope the monsters don’t notice you. Spoiler Alert: they usually do. There’s a Fallout vibe to Into the Radius with all of the desperate searching in empty desks and cupboards for bullets or anything else you can use to stay alive. Fallout Survival Mode, anyway. And I guess there’s a Souls-like vibe as well, what with all the dying you do. 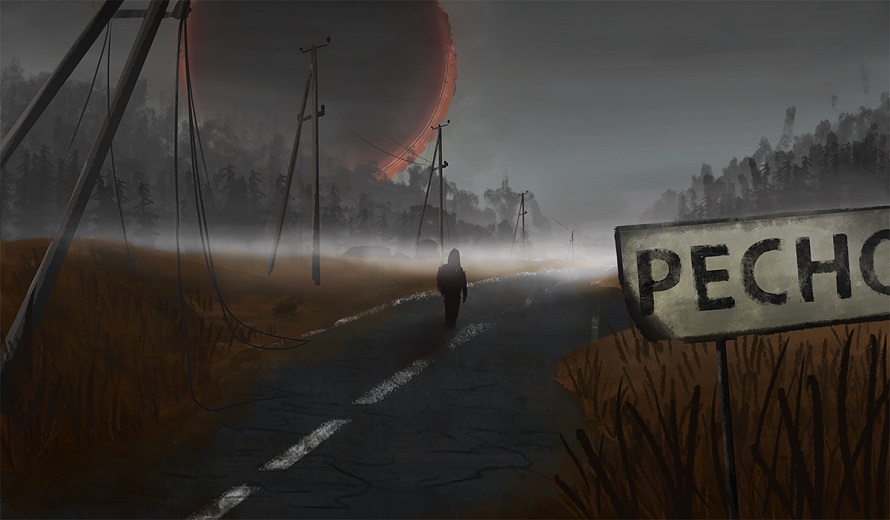 Just when you collect a nice stash of ammo, you find out it doesn’t fit your gun. There’s a variety of gun types in Into the Radius, and they each use different bullets. On top of that, you need to regularly clean and repair your gun, lest it deteriorate and jam on you, or even break. To clean it, you’ll need to find paper, gun oil and a wire rod, and brush out the barrel. I’m not even kidding. Oh yeah, you’ll also get hungry, so make sure to collect food whenever possible. To eat it, you’ll need to physically open a can, and use your knife to feed it into your face.

Needless to say, Into the Radius has a level of immersion that is next-level. The difficulty of this game is discouraging at first, but I’ll admit it grows on you. Especially in VR, it’s just such a thrill to experience this kind of realism in a video game. The slow and painful progress you make in this world feels so rewarding because you really have to earn it. No matter how often I died, I kept wanting to go back and try again. That surprised me.

On missions, you also have a backpack. It uses a similar style to The Walking Dead: Saints and Sinners. You reach behind your back and grab it, placing or retrieving items. What I really liked was how Into the Radius determined space in the backpack. You have to place items and fit them — if there’s no more physical room, that’s it. Again, it’s a lot more intuitive and authentic than most games.

Successfully completing missions gets you rewards, upgrades, and most importantly, loot. It’s awesome coming back to base and selling your loot. Then, spending that loot on gear, armour, better guns, and attachments. Your security level also rises, unlocking better tiers of equipment as you progress. It’s an addictive loop that rewards all that dying and suffering you’ve gone through.

There are some annoyances amongst all the positives, for sure. Sometimes I encountered a bug that prevented me from sprinting, making my travels through the vast wasteland a plodding, frustrating affair. I would also say the visuals could use some polish. Don’t get me wrong — the atmospheric, weird aura given off by Into the Radius is suitably creepy and cool. But you definitely wouldn’t call it pretty. Textures are low-res and muddy. Models are blocky and last-gen. Mind you, there are lots of survival fans who still won’t care.

If you have been wanting that extreme survival adventure experience on the Meta Quest 2, Into the Radius is your game. It’ll have you alone, outgunned and loving every minute of it. But even for the rest of us, there’s a fun time to be had — provided you can weather the initial frustration.

** A Meta Quest 2 code was provided by the publisher **