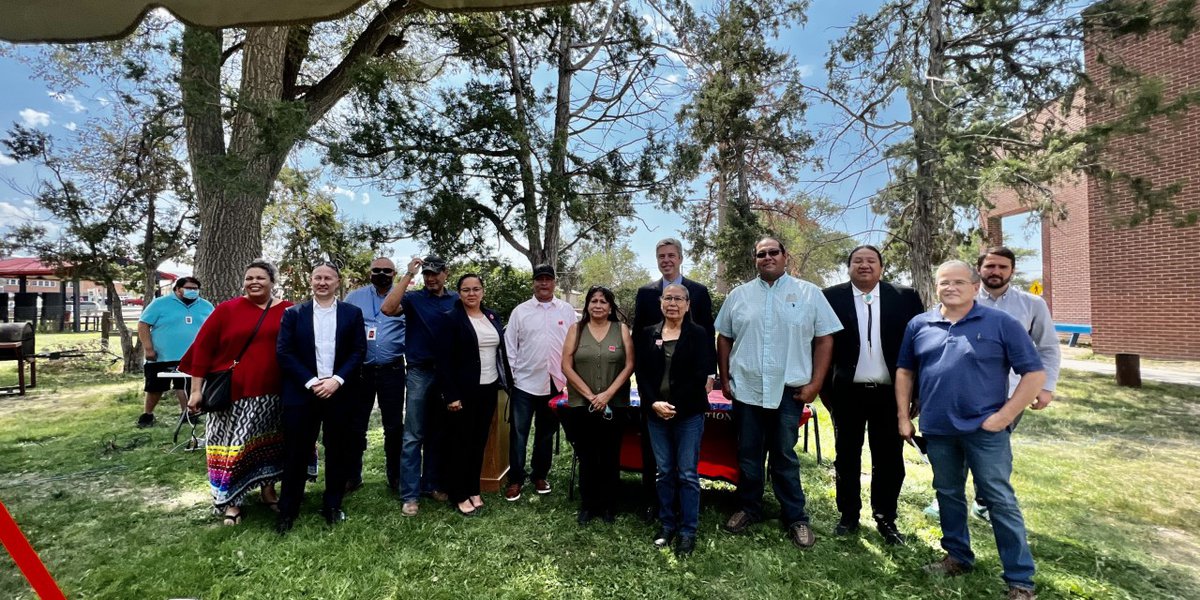 ‘Internet for All’ to expand access on South Dakota reservations

The Biden-Harris Administration announcement of “Internet for All” gives $500 million to tribal areas to expand broadband access, and a portion of those funds will go to the Rosebud and Oglala Sioux Tribes.

“We have $70 million to distribute to these two tribes to make sure that every American in their area, gets internet,” announced Andy Berke, a representative of the NTIA.

The money will help the internet reach 3,300 households in the two areas. Berke says he hopes this disassembles the belief that broadband is only for a select few. “Before, internet has been thought of as a luxury that some people get and some people don’t. It depends on how much money you have, where you live, and what you do. The president of the United States, for the first time, had said, we pledge that every American will have access to affordable, reliable high-speed internet,” said Berke.

The two tribes agree that this will open up more opportunities.

“And really it’s about the future. It’s about making sure that our kids have adequate internet,” said Kevin Killer, president of Oglala Sioux Tribe.

“Some of them had to stay behind a grade because they couldn’t provide the internet services at home to do their virtual school,” explained Scott Herman, president of Rosebud Sioux Tribe. “So, they never even logged onto the virtual school.”

After the ”New Internet for All” announcement, the two tribes look forward to potential economic growth to come. Berke shared the story of a woman who wanted internet to sell her sewing. He added the pandemic had caused the woman to become depressed and she was using her skills as something to do, but also as a source of income. The COVID-19 pandemic displayed the disparity of internet access on the reservations. While the terrain of certain communities in the tribal areas makes it difficult for fiber to be laid, the two tribes are working together to find a solution and get internet to all people as soon as possible.

In brief On 5 July 2021, the Ministry of Information and Communications (MIC) released an updated draft decree amending Decree{...}

Athiya Shetty comes to pick KL Rahul at the airport, takes the internet by storm: Watch Athiya Shetty and KL{...}

Microsoft will soon have a big change in the form of Windows 11, but that doesn’t mean the word has{...}