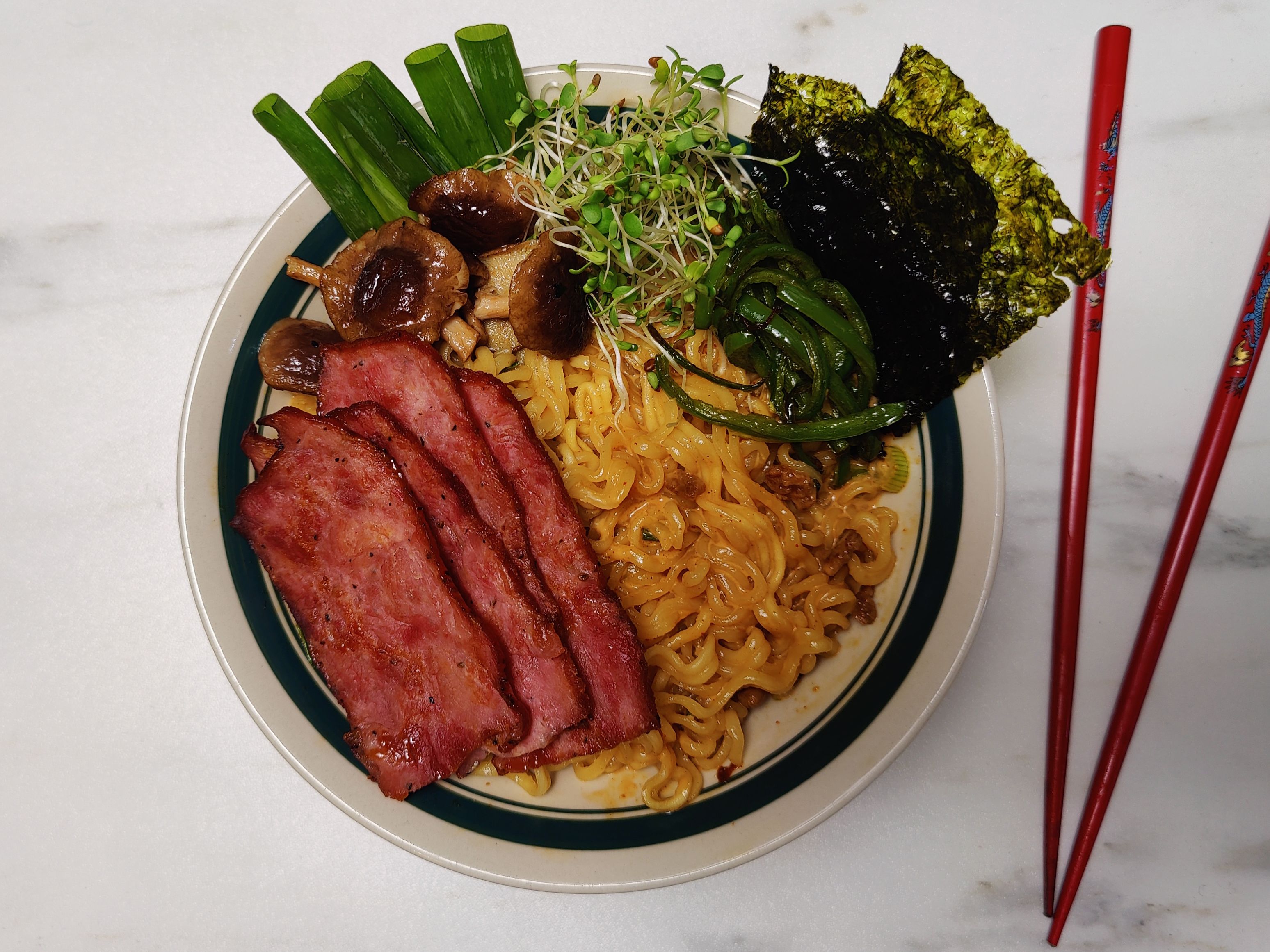 Chances are you’ve seen plenty of pictures of food on the internet. It’s almost inescapable, and it’s understandable to want as many people as possible to see something you worked hard to make. There are entire Facebook groups and subreddits devoted to sharing pictures of food, but as a bonus, sharing on Reddit can rack up karma that people will see next to your name. Like achievement points in games, there’s no real point in boosting this other than the dopamine hit that comes from external validation and seeing a number next to your name get bigger. Still, it can be fun to rack up lots of imaginary internet points this way.

ANDROIDPOLICE VIDEO OF THE DAY

I’m no stranger to farming Reddit karma with food photos. Prior to switching to commercial food photography, I’ve had several posts hit the top of r/food for the week, with one of them reaching the number one spot on the second page of r/all for that day. While there’s no one way to guarantee a post blows up on Reddit, there are some steps you can take to give yourself the best chances of racking up some of that sweet internet clout, and you don’t need one of the latest and greatest phones to pull any of it off.

The first thing you need for any food pictures is food. We’re going to assume you have food and that it looks spectacular. Pictures of bad-looking food can blow up, but you’ll have an easier time if you start with beautiful food. Once you have your food, the next thing to consider is composition. This isn’t just putting the food in the center of the frame. It’s also what angle you take your shot from. Like in commercial food photography, it’s important to see what pictures do well. For the commercial world, plenty of that comes in the form of spending money on cookbooks and specialty magazines to see what pictures are being bought, but it’s free and easy to do this on Reddit.

If you go to the all-time and weekly top posts on virtually every food subreddit, you’ll see a pattern emerge. While there’s plenty of variety in what foods you’ll see, you’ll see the same angles and composition come up over and over again.

While you’re likely to accidentally do any of these shots on your own, going in with these in mind can make it easier to get the right picture faster. Intentionality is important, and it can let you focus on the lighting and framing of your picture if you decide on the angle and composition before you get your phone out.

Don’t be afraid to take lots of pictures, too. My camera roll has dozens of virtually identical pictures in it, and it’s a massive help once you get into the habit of getting multiple options like this. You never know if your hand will have a little too much shake or if you moved too close or far after focus has happened for your food to still be sharp. Get some options, immediately check them, and take more pictures if none of them is the right one.

Another way to get the best picture is by having lots of light. Low-light performance has always been a big deal because it’s difficult to take a good-looking picture in dim lighting. If you’re doing this outside at noon, you’re pretty much set since you’ll have an abundance of light with a neutral temperature. If you’re indoors under low, warm light, the fastest way to ideal lighting is to have better lighting with you. It’s a bit conspicuous out in public, but practical at home, to have compact LED lights to help light your food.

The next tool may seem obvious, but it’s the camera you use, not the phone you’re using. Consider which camera to use if your phone has more than one. Macro lenses can open you up to interesting shots, though you’re better off avoiding using them if yours is one of the many disappointing 2MP ones. Telephotos are one of my go-to lens options because they let you get a fairly close-looking shot while giving you enough room to stay out of your lighting. Telephoto images are fundamentally different because of the way they compress backgrounds.

Comparing these two pictures, the backdrop doesn’t come close to covering the background when using the iPhone SE’s camera. However, there’s total coverage from the same perspective when using the telephoto lens of the Oneplus 8 Pro. Experiment with all your options because you might find out that what you thought was an impossible shot is within reach.

Put it all together

Now that we’re armed with these tips, it’s time to combine them like Voltron. Here’s yesterday’s ramen as an example. Since it’s in a bowl, our best bet is probably a top-down shot. I opened the blinds to get as much daylight as possible and held up an LED light for good measure since it was overcast. I used the telephoto lens on a Oneplus 8 Pro to stay as out of the way of the light as possible, and this is the end result.

While none of this can guarantee you have runaway success with your food pics on Reddit, these tips can help make sure you put your best foot forward. If you put a lot of effort into a picture, it can be a bummer to see it settle at a tiny amount of upvotes. It doesn’t have to stop there, though. There’s always another subreddit to post to, and it might perform better somewhere else.

This picture is a great example of that because after a day on r/food it only ended up at about +40 before leveling off. Still, it got the #1 hot spot for the day on r/ramen with a few hundred upvotes and over 800 upvotes after a day. While these aren’t front-page numbers, a bit of intention and effort landed it at the top of a nearly half-million-member subreddit for a day.

To take your mobile food photos to the next level with a better camera, the best smartphones out right now all take fantastic pictures.