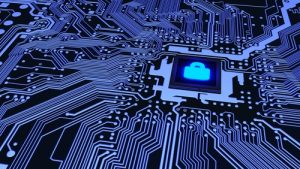 The U.S. House of Representatives on July 12 passed bipartisan legislation introduced by U.S. Rep. Mace (R-SC) that would encourage the migration of federal government information technology systems to quantum-resistant cryptography.

The Quantum Computing Cybersecurity Preparedness Act, H.R. 7535, which Rep. Mace cosponsored on April 18 with bill sponsor U.S. Rep. Ro Khanna (D-CA), advanced to the U.S. Senate on July 13 and was referred to the U.S. Senate Homeland Security and Governmental Affairs Committee for consideration.

“Quantum computing is the next frontier in technology; it will take our civilization forward in leaps and bounds. In many ways, it will turn our conventional understanding of computing on its head,” said Rep. Mace. “But like all great leaps in technology, there are those that will use it for sinister and nefarious reasons.

Rep. Mace said that H.R. 7535 “instructs the federal government to take the necessary steps to protect our nation’s sensitive information from those who wish to do us harm using this emerging technology.”

If enacted, H.R. 7535 would require the Office of Management and Budget (OMB), in consultation with the Chief Information Officers Council, to prioritize the migration to post-quantum cryptography and to assess critical systems one year after National Institute of Standards and Technology (NIST) standards are issued, according to a bill summary provided by the lawmakers.

Additionally, the measure would instruct the OMB director to report to Congress on a strategy to address this risk, any required funding and an analysis on current efforts. The report would be due one year after the bill becomes law, the summary says.

OMB also would be directed to provide a yearly report to Congress on the progress of the federal government in transitioning to post-quantum cryptography. The first report would be due one year after the NIST standards are released.

“I hope that the Senate will swiftly take up the bill and deliver it to the president’s desk,” said Rep. Khanna.