Viral video: There is no shortage of talent in India and the internet is currently crushing a girl who has impressed everyone by doing a cartwheel. However, there is a twist. The girl did the flip not in sporty clothes, but in a skirt and high heels. In a reel video shared on Instagram, the girl identified as Parul Arora is seen wearing pointed high heels and a pleated pink skirt with a blue top. She even kept her hair open.Also Read – Viral Video: Dadaji Dances With Foreigner To OO Jane Jana, Makes Internet His Deewana

The video shows her completing the flip successfully and confidently. “High heels,” reads the caption, followed by two emojis: a shocked face with an exploding head and a face with an open mouth and cold sweat. Notably, Parul is a fitness model and national medalist with: 242k followers on Instagram. Previously, she has also shared several videos where she does flips in sarees.

Since the video was shared a few days ago, it has racked up 239,830 likes and all sorts of comments from people, with many praising the young woman’s determination. Apparently, netizens are now in awe of her and applauding her talent. The comment section is full of fire and heart emojis.

“Nice slip and that too with heels,” one user wrote, while another commented, “Fantastic flip with cool dress.” A third wrote: “Gosh, I couldn’t do that with sneakers 😂So COOL, Parul! AWESOME.” 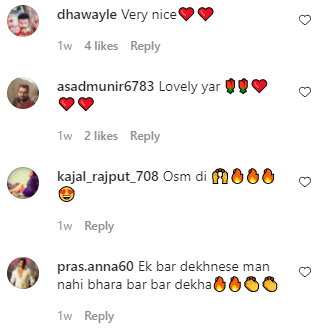 Last year saw Mili Sarkar, an international yoga gold medalist, also do a series of backflips in a saree. A video that went viral showed Mili performing the stunt effortlessly in an orange sari that made people drop their jaws. In particular, during a backflip, your body makes a full 360-degree rotation in the air and it takes a lot of time, practice and effort to master.