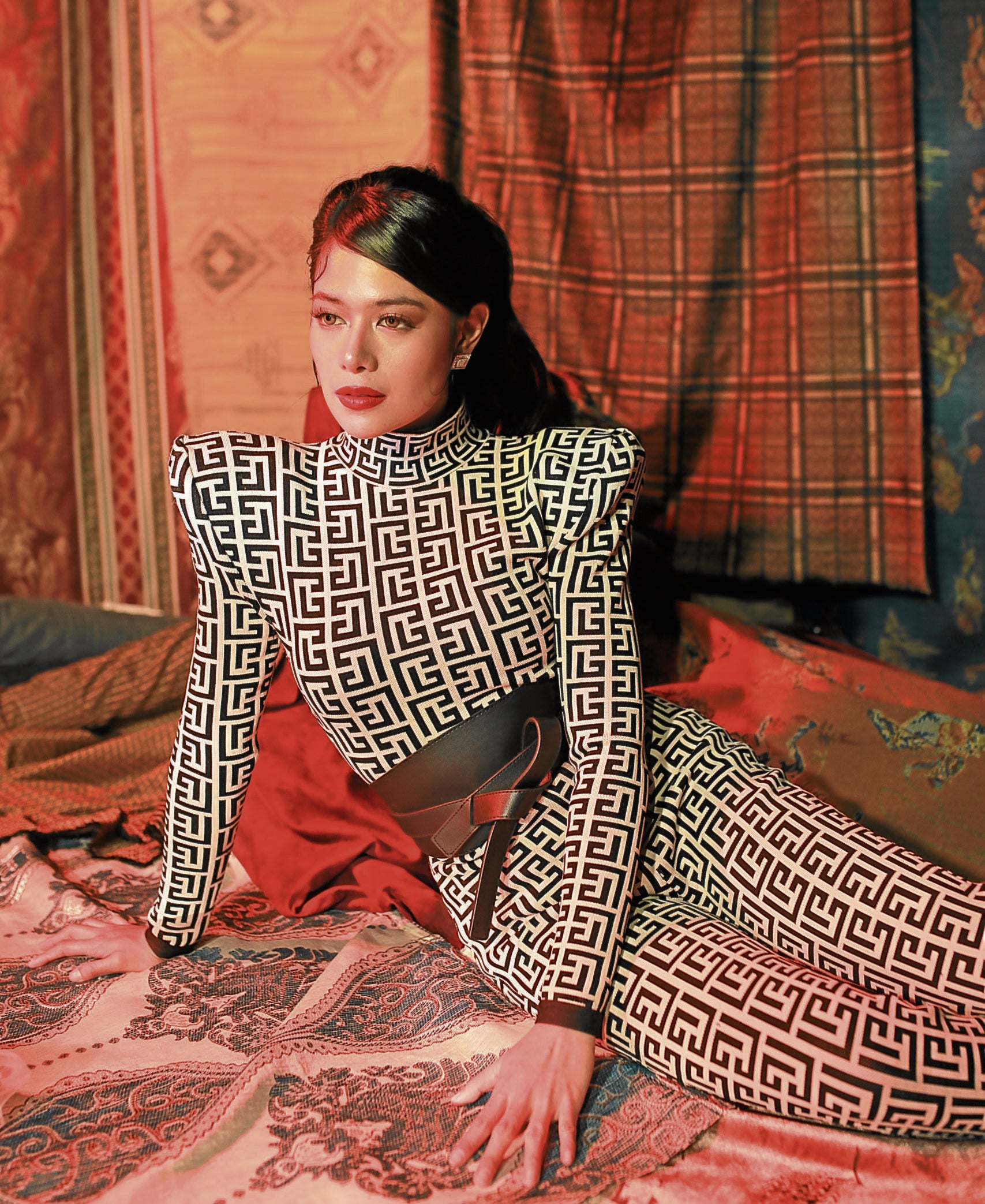 After months of doing digital performances and live-streamed shows from a studio, Gigi de Lana and her band, the GG Vibes, are finally set to bring their viral jamming sessions onstage in front of live audiences. And merely picturing it, the internet sensation said, already makes her emotional.

“I’m looking forward to that feeling of being able to perform for the people, and look them in the eye while telling stories through songs. That’s the best feeling for me as a singer—seeing their facial expressions and seeing that they can relate and understand the message you’re trying to convey,” she said in a recent virtual conference. “I miss singing with fellow music lovers who know all the lyrics and hearing them sing along.”

The former “kontesera,” who turned into an internet sensation last year for her bubbly personality and steely set of pipes, will have a concert tour titled, “Domination,” which will kick off at Resorts World Manila’s Newport Performing Arts Theater this March 5 (Call TicketWorld 8891-9999)

The group will then fly to the Middle East for a series of shows in Dubai on March 12, Abu Dhabi on March 18 and Bahrain on March 25.

“’Dominate’ is such a strong word. But for us, it’s really just about expressing ourselves. We have been through a lot of things, and we pour those emotions through our songs. We just want to say that we’re here, trying to reach you with our music,” Gigi said. Asked why she thinks Filipinos abroad love watching her online gigs, she surmised that they probably miss nightlife back home. “I think a lot of them are homesick and miss the Philippines, so we also make sure to interact with them … More than fans, they’re our family, too,” she said. “We’re thankful for their support. We see their messages online. Now we will see them in person.”

Though her two-hour, music bar-style sets on YouTube are composed mostly of covers of well-loved foreign and local hits, Gigi’s upcoming concerts will have her performing live—for the first time—original tracks from her new self-titled debut album, which include “Sakalam,” “Na Sa ‘Yo Ako” and “O Bakit Ba?”

“This time, we will be performing our album songs for the first time. I’m very proud of those because we did our best composing and recording them. For this show, we really prepared and collaborated with our musical director to execute the songs beautifully … in a way that will be enjoyable for the audience and for us,” Gigi said.

Doing online shows almost all night can be taxing on the vocal cords. That’s why she took it upon herself to rest them, before she took the stage. “I took a vocal rest. I made sure to sleep well and drink lots of water. But of course, you also have to maintain it by practicing and using proper technique. You don’t have to belt every day—just simple vocalizations will do,” she said.

The 25-year-old singer was a finalist in the GMA 7 singing competition “Popstar Kids” in 2007 and joined the “Eat Bulaga!” voice impersonation segment “Ikaw at Echo: Ka-Voice ni Idol” in 2013. Three years later, she competed in “Tawag ng Tanghalan.” Now her online music content racks up millions of views.

Gigi’s journey wasn’t easy. But she hopes to encourage her fans to never stop believing in their dreams. “I want to share a piece of my heart with the people. I hope to inspire them, especially with everything we have been through. I want them to be happy while they watch me,” she said.

“I want to tell them that if they have nothing, they still can reach their dreams and goals,” Gigi added. “Don’t stop pursuing what you want in life. And surround yourself with good people who will help you.”

Speaking of having a solid support system, Gigi admitted she wouldn’t be where she is now if it weren’t for her bandmates, Jon Cruz, Romeo Marquez and Jake Manalo. “They pushed my limits … My growth as a person and as an artist is something I owe to them,” she said. “Working with them made me realize the things I have to learn. We learned from our mistakes so we can grow.”

Aside from her blossoming music career, acting also beckoned for Gigi, who top-billed the online drama series “Hello, Heart” with Gerald Anderson last December. “There are so many things happening, so I felt pressure at first. But then I realized, why feel that way if there are so many blessings coming your way?” she said.

The hottest entertainment news straight to your inbox

Don’t miss out on the latest news and information.