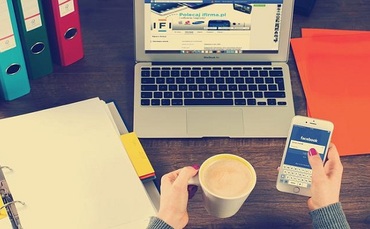 Facebook experienced a strange glitch on Wednesday which resulted in users’ feeds being littered with posts from unknown people featuring celebrities.

Many Facebook users who tried to use the platform were met with unwanted content, with their main news feed showing multiple posts of celebrities like Lady Gaga, Nirvana, Metallica and The Beatles.

The bug meant that comments left on a celebrity’s page appeared in the news feeds of all users who followed that celebrity.

Users instantly turned to Twitter to discuss the issue, posting jokes about what they had seen on their Facebook pages.

Many users were enraged by weird spam and unfollowed celebrity profiles. Some also seized the opportunity to promote cryptocurrencies or spam PayPal donation links.

Although the issue didn’t seem to be an outage in the traditional sense, people started reporting issues on Downdetector shortly before 2:00 am Eastern Time (ET).

The issue persisted for at least three hours until being fixed around 5:15 am ET. Meta’s status dashboard did not indicate any problems during this period.

Meta attributed the problem to a “configuration change” that “caused some people to have trouble with their Facebook Feed.”

“We resolved the issue as quickly as possible for everyone who was impacted, and we apologize for any inconvenience,” Meta spokesperson Alexandru Voica said on Twitter.

Earlier today, a configuration change caused some people to have trouble with their Facebook Feed. We resolved the issue as quickly as possible for everyone who was impacted, and we apologize for any inconvenience.

Also last year, a security researcher claimed to have discovered a bug in Facebook that enabled millions of Facebook accounts to be linked with their associated email address – even when the user’s privacy settings disallowed that.

Facebook has tried to revamp the news feed this year by renaming it to just “feed” and introducing a new tab to display posts from friends and family in reverse chronological order.

Although the social media platform has nearly 3 billion monthly active users, its popularity has seen a steady decline in recent years.

According to a recent Pew Research Center research, just 32% of teens between the ages of 13 and 17 use Facebook, and only 2% of teens use it regularly.

In February, the firm acknowledged a decline in its daily active users, for the first time, and last month, Meta reported its first-ever quarterly revenue decrease since going public in 2012.

Meta CEO Mark Zuckerberg said the present economic situation has had an impact on digital ad sales, which are the company’s primary source of revenue.