Exploring the Role of Appetite Change in Depression 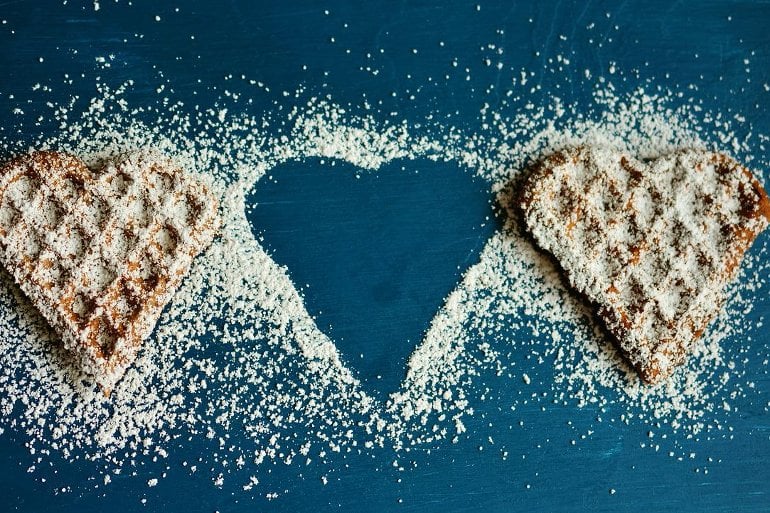 Summary: The direction of appetite change associated with depression was linked to specific changes in the brain’s reward system.

Major depressive disorders are characterized by a significant health burden, including changes in appetite and body weight. Identifying biomarkers such as changes in brain function to treat depression is difficult due to the varying symptomatology of affected individuals.

The results are now published in the journal JAMA Psychiatry.

Depression has many faces. A variety of changes in motivation, emotions and physical experiences characterize the disorder. Many patients suffering from depression do not only lose their drive and interest in rewarding activities, but also their appetite.

At the same time, other patients report increased appetite during a depressive episode. So far, not much is known about the causes of these differences in symptoms within depression and how they can be specifically treated.

By using magnetic resonance imaging, the researchers showed that the direction of appetite changes associated with depression is linked to specific changes in the brain’s reward system.

“But the idea of a ‘depressed’ reward system seems to be more of an illusion,” explains Kroemer, the study’s lead author.

“Instead of looking for general changes in the reward system, we can better relate specific changes, such as in appetite and body weight, to differences in the brain that help explain individual symptoms.”

The team, consisting of researchers from several German university hospitals, examined the brain function of affected participants at rest and recorded their psychological symptoms. This allowed them to compare whether individual symptoms of depression are more predictable.

To do this, they focused on the functional connectivity (also called connection strength; it describes the strength of communication between different brain regions) of the nucleus accumbens, one of the central regions in processing rewards and controlling goal-directed behavior, with other brain regions.

When patients with depression experienced a loss of appetite during a depressive episode, the strength of the connection between the reward system and other regions that play an essential role in value-based decisions and memory processes was reduced.

If, on the other hand, there was an increase in appetite, the researchers observed a weaker connection between the reward system and the part of the brain where taste stimuli and bodily signals are processed.

“These changes in the reward system were so prominent in severe depression that we were able to predict whether someone would suffer from an increase or loss of appetite based on the individual profiles of the reward system,” Kroemer said, describing the study results.

“In contrast, it was not possible to tell whether someone had depression in general or not. So, it’s not just a change that matters, but especially the nature of the behavioral change.”

Since there is no universal pattern of changes in the reward system in depression, the study points to the potential of precision medicine. These novel approaches do not focus on a general diagnosis but on individual symptoms.

With the help of such symptom-based changes in the brain, it will be possible to develop more targeted therapies that directly address the specific symptoms of those affected in the future.

For this reason, Kroemer’s research group is planning further studies on improved treatment methods using neuromodulation approaches such as brain stimulation. The aim is to investigate how certain symptoms are caused by changes in the brain and whether they can be reversed using individualized neuromodulatory therapies.

About this depression research news

Original Research: Closed access.
“Functional Connectivity of the Nucleus Accumbens and Changes in Appetite in Patients With Depression” by Nils B. Kroemer et al. JAMA Psychiatry

Major depressive disorder (MDD) is characterized by a substantial burden on health, including changes in appetite and body weight. Heterogeneity of depressive symptoms has hampered the identification of biomarkers that robustly generalize to most patients, thus calling for symptom-based mapping.

To define the functional architecture of the reward circuit subserving increases vs decreases in appetite and body weight in patients with MDD by specifying their contributions and influence on disease biomarkers using resting-state functional connectivity (FC).

In this case-control study, functional magnetic resonance imaging (fMRI) data were taken from the Marburg-Münster FOR 2107 Affective Disorder Cohort Study (MACS), collected between September 2014 and November 2016. Cross-sectional data of patients with MDD (n = 407) and healthy control participants (n = 400) were analyzed from March 2018 to June 2022.

Changes in appetite during the depressive episode and their association with FC were examined using fMRI. By taking the nucleus accumbens (NAcc) as seed of the reward circuit, associations with opposing changes in appetite were mapped, and a sparse symptom-specific elastic-net model was built with 10-fold cross-validation.

In this study, NAcc-based FC reflected important individual differences in appetite and body weight in patients with depression that can be leveraged for personalized prediction. However, classification of diagnosis using NAcc-based FC did not exceed chance levels. Such symptom-specific associations emphasize the need to map biomarkers onto more confined facets of psychopathology to improve the classification and treatment of MDD.