They were joined by softball legends Natasha Watley and Jennie Finch, former MLB studs such as Hunter Pence and Shawn Green, plus a fan favorite, Jojo Siwa, who returned to the stage after last year’s impressive performance.

In last year’s game, the former Dance Moms star hit a double off singer and pitcher, Quavo, right after he had struck out Seattle Seahawks wide receiver, DJ Metcalf. She went on to steal the show and hearts of many fans the same way she did last night at Dodger Stadium.

This year, the social media personality banged a home run off Quavo in what was an absolute highlight in a game filled with highlights.

Watch the video of her in-the-park homer here: 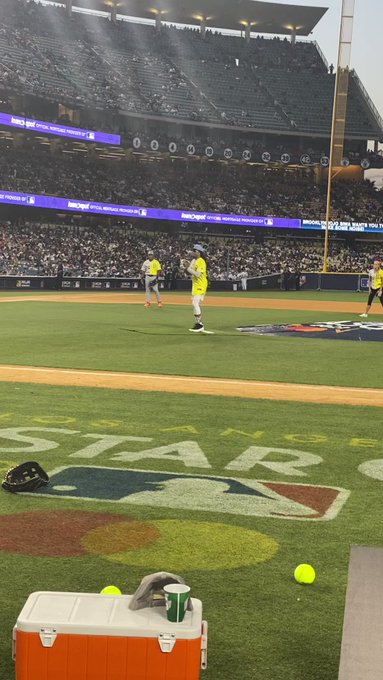 Social media buzz erupted after the dancer, singer, and YouTube personality scored a homer off the rapper and Migos member.

This is such a crazy sentence… wtf do you MEAN JoJo Siwa and Quavo are playing softball together 😭😭😭 https://t.co/XM9OpuMCNM

If Jojo and Bad Bunny weren’t the MVPs of the game, Breaking Bad star Bryan Cranston was a close runner-up as he took a cleat to the hand, made plays, dropped plays and ultimately was ejected from the game in the final inning.

Have you subscribed to our YouTube Channel yet? Subscribe and hit that notification bell to stay up to date on all the latest Dodgers news, rumors, interviews, live streams, and more!

NEXT: Insiders Say Any Juan Soto Trade Would Cost LA a Lot of Talent

Defining The Metaverse And The Future Of Physical And Digital Brands