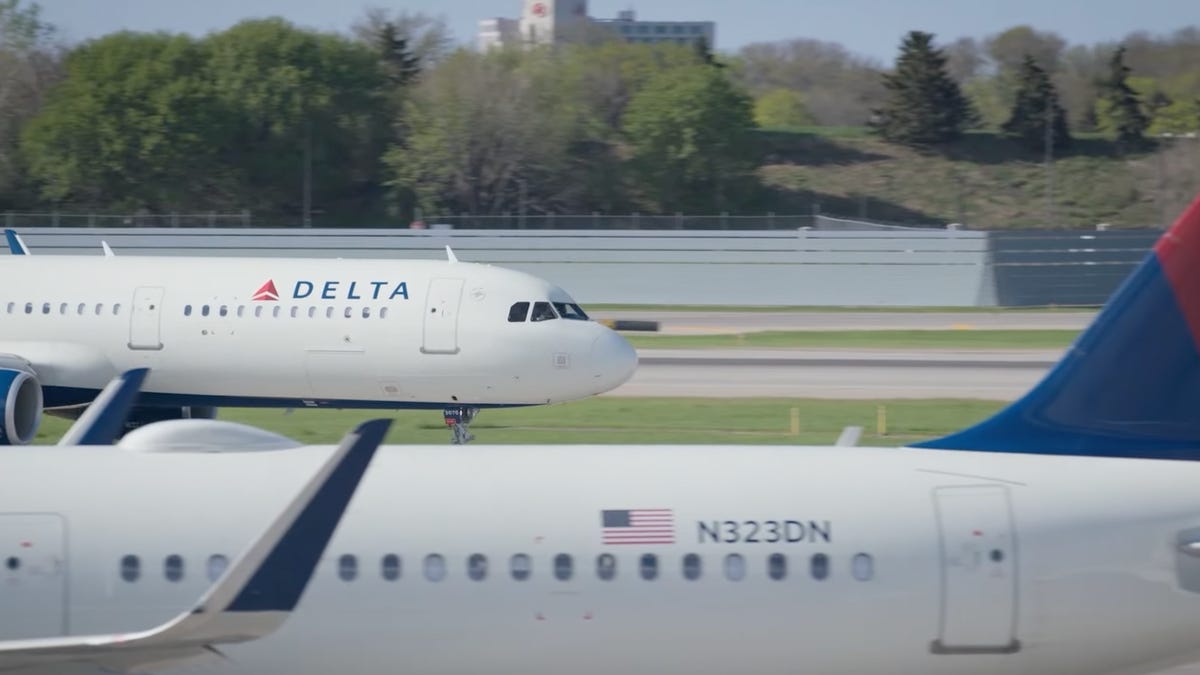 It’s something everyone craves, secretly or not.

It’s something airlines want customers to have.

It’s something airline customers want to feel as they separate themselves from the riff and the raff.

Recently, though, it seems that too many airline customers have been elevated to exalted levels. Which has left airlines scrambling to please them.

Delta, for example, has had to restrict how many of its more elevated customers it can allow into its lounges.

And now, the airline has quietly pierced their egos in a truly unseemly way.

As the Points Guy reported, Delta has demoted its Diamond Medallion members to a frankly painful level. Now, they’re no longer allowed to board with passengers sporting the very fanciest threads and flying in the fanciest seats. Instead, they will be relegated to taking their seats just before the truly déclassé of premium economy.

You might chuckle at their pain. Please remember, though, that many of these Diamond Medallion members are the very corporate travelers airlines claim they crave to see again.

Perhaps that’s why Delta attempted to characterize this as “a minor boarding update” rather than a crushing of the road warrior’s delicate soul.

You express your loyalty time and time again to an airline with the expectation that you’ll be getting special treatment for your troubles.

Instead, an actual overt — um, minor — demotion.

May I pause to offer how Delta describes the Medallionists?: “Medallion Members are our most loyal customers.”

Worse, for some, will be the airline’s excuses — I’m sorry, I meant explanations — for this sudden move. Delta says it prevents any of these Medallionists from quickly sullying the Economy parts of the plane, thereby (supposedly) giving the cabin crew a few more minutes to clean up and prepare after the previous flight.

Some might struggle with this logic. After all, priority boarding is given to the frail and families with children. Is Delta saying the the Medallionists sully planes more than, say, a four-year-old?

Delta’s second reason may be slightly more persuasive. Slightly. The airline says there’s now so much more congestion at the gate, with a plethora of the status-ridden desperate to get on the plane as soon as they can.

Could it be, in fact, that the truly monied passengers flying in First Class or Delta One complained about having to board with (to them) the lowly Medallionists?

Also: A Delta customer asked for basic service. Instead, a raving Twilight Zone

Delta claims that demoting the Medallionists still means they get a “preferential boarding experience.” Yes, but not as preferential as it used to be. Which can only pierce their sometimes fragile self-worth and make them question their devotion to what used to be America’s premium airline.

There’s little worse than thinking you’ve finally made it, committing yourself so many times to a brand and then having that feeling punctured, never quite to return. Instead of boarding along with the richest, those who have paid the most exalted prices for the most comfortable seat possible, the Medallionists will watch as they stroll ahead.

I fear disaffection. I fear frustration. I also fear, though, that Delta doesn’t yet have a rival that quite matches its brand image. Although Delta’s has swiftly plummeted in recent times from, say, diamond toward landscape rock.

Perhaps United Airlines will take over the mantle of America’s best airline for customer service and sensitive road warrior privileges.

I know. Who’d have ever imagined that?