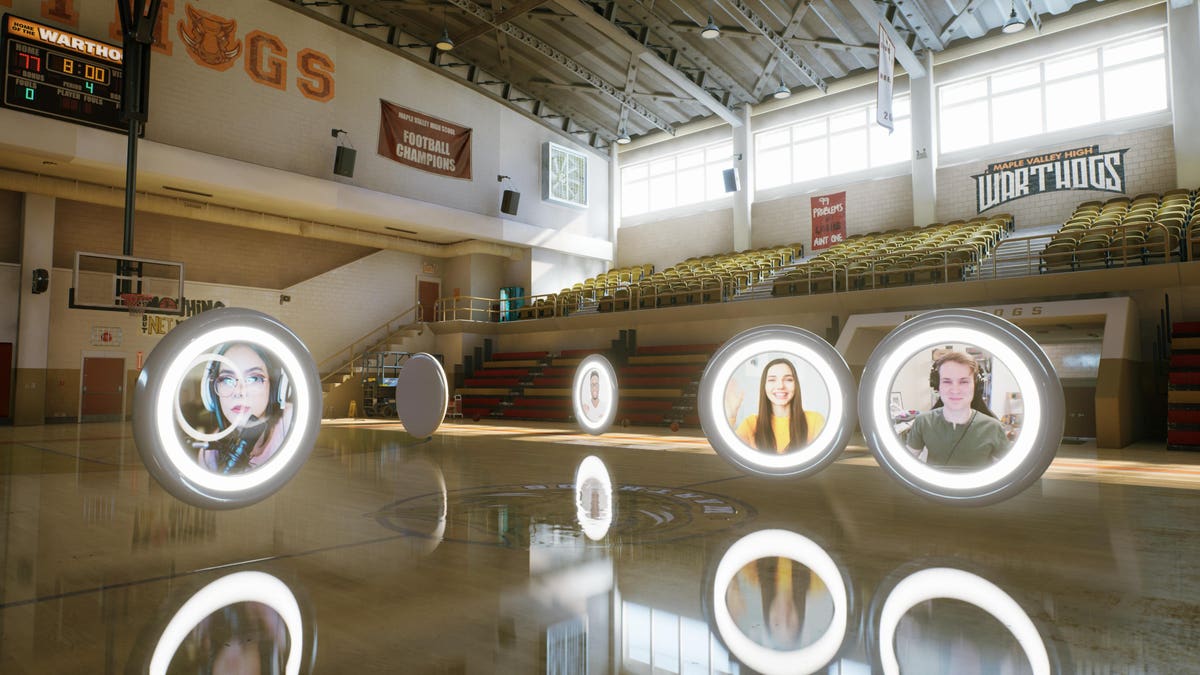 The metaverse economy could be an $8-13 trillion total addressable market by 2030 with a wide array of use cases across sectors, according to a 2020 report by Citibank. Most of the applications of metaverse experiences have been largely oriented around leisure, such as virtual parties or concerts, but several leading academic institutions have been experimenting too, including Arizona State University’s Dreamscape Immersive and University of Nicosia’s Open Metaverse Initiative.

But experts and institutions vary in their definition of the metaverse. “The metaverse is the next evolution in social connection and the successor to the mobile internet,” marked by the ability to move “seamlessly” between spaces, according to Meta. Apple, in contrast, views the metaverse as an extension of physical reality using augmented and virtual reality (AR/VR) products.

Others view it as even more. “The metaverse is a virtual world of universes all connected with the web3 value layer around economy, interoperability, security, but it should have a physical world connection too… it is not a bunch of 2D avatars walking around in a virtual space,” said Caleb Applegate, chief executive officer of Passage.

Other leading web3 consultancies share a similar view. “While the vast majority of attention and investment in the metaverse has been on ‘ready player one’ type experiences (e.g. virtual reality, 3D worlds), Vayner3 believes there is a much clearer and scalable opportunity with in-real-life and augmented reality based technologies that utilize everyday mobile devices,” said Allen Hena, director of web3 operations at Vayner3. There will be a link between physical and digital assets.

While the expansion and salience of Sandbox and Decentraland has made it easy for people to view the metaverse purely as a virtual game, blockchain is fundamentally about enabling self-sovereign identity and ownership – not new virtual spaces for gaming. “If studios are simply trying to make money or differentiate from other studios by using the blockchain, I advise them to heavily reconsider… the end user wants ease of access, games that are quick to learn and hard to master, instant purchasing ability if they wish to spend money in-game, and an engaging experience. If they are unable to execute these foundational game design elements with blockchain, they are using a losing formula,” said Corey Wilton, co-founder of Mirai Labs.

Web3 is about ownership. “Everyone knows with web2 that you are the product… web3 is about owning your digital identity,” Applegate continued. Transactions are validated and uploaded to the blockchain based on a decentralized consensus-making process, allowing users to own their own data and even digital assets. A potentially substantial part of the value that the metaverse can bring is the connectivity between digital and physical assets that are all represented and protected by a permissionless and immutable digital ledger that is censorship resistant and deidentified.

That contrasts with the web2 ecosystem where technology giants own the mode of communication and search channels with customers, rather than the brands. “Most brands increasingly came to rely on these platforms to authenticate an individual’s online identity… a system purposely created to keep companies disintermediated from their customers. But now with web3, companies can now reliably verify a person’s identity via their blockchain-based wallets and engage directly with their customers,” said Brian Wallace, chief marketing officer at Vatom.

“Companies, especially large enterprises, need to understand the big difference between the vision of the metaverse of tomorrow, the facts and realities of what can be done today, and how we bridge as technology and social behaviors evolve digitally,” Hena continued. For example, NFTs will serve as a major mechanism whereby brands reward and incentivize users to engage with them on an ongoing basis, and brands will learn how to work together in an interoperable ecosystem.

One such recent example is the partnership between Starbucks and Polygon. “Big brands are starting to recognize the importance of how they digitally interact with their community in more immersive ways. Through Polygon, users can own their digital items and data, allowing for unique digital innovation that we’ve never been able to accomplish before. The Starbucks partnership elevates and advances what reward programs can do to empower users in a new way,” said Ryan Wyatt, the chief executive officer of Polygon.

A single, unambiguous definition is unlikely to emerge. Rather, brands are likely to adopt different interpretations based on the perceived needs among their consumers.