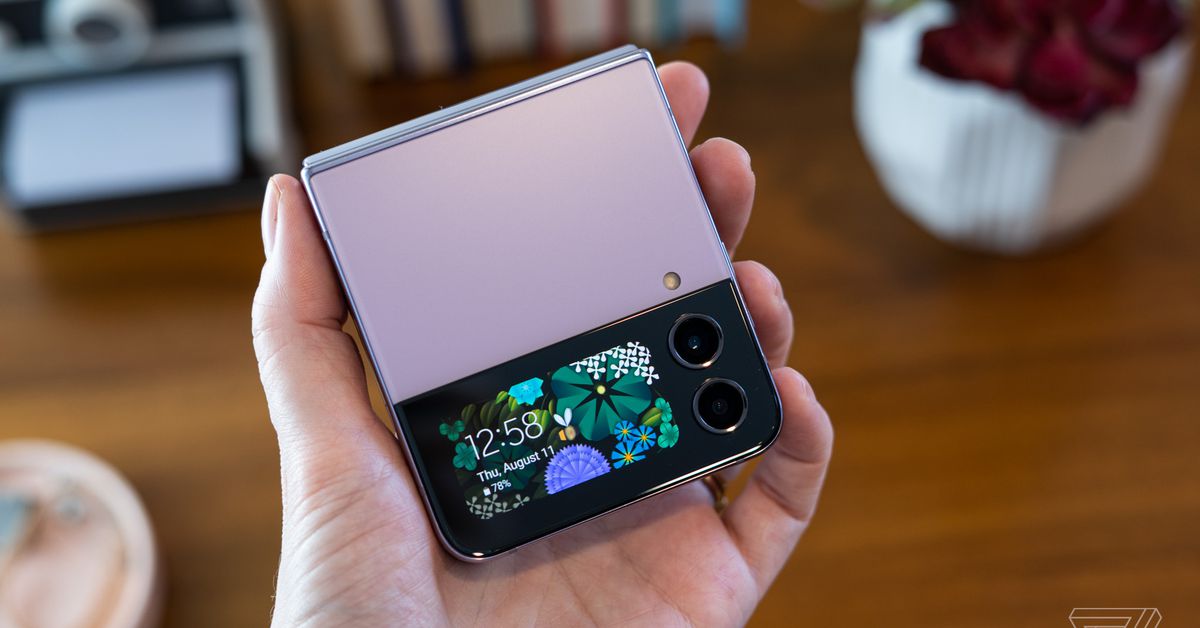 The Galaxy Z Flip 4 is a great little foldable held back by a too-tiny front display. It’s just hard doing much on a 1.9-inch screen. Even though Samsung tried making it a little more useful in this year’s iteration, it’s still just a little window from which you can view notifications and certain widgets, but not much more. Developer IJP addresses just this pain point with its Cover Screen OS, a free app on the Google Play Store. It’s been available for the Galaxy Z Flip 3 and got a recent update to support the Flip 4. And it works — but it’s also kind of awful for reasons outside of the developers’ control.

To IJP’s credit, the app does a nice job of walking you through a somewhat involved setup process — you have to give it a lot of permissions — and it integrates nicely with Samsung’s existing launcher for the cover screen. Instead of overwriting the whole thing, it coexists peacefully by essentially overlaying a new set of swipe gesture controls on the right-most part of the screen. You can access additional quick setting controls, like do not disturb, and access media playback controls straight from the home screen. Meanwhile, all of Samsung’s stock features, like widgets and Samsung Pay, are still there at your beck and call.

Cover Screen OS also lets you access a full app drawer and launch full apps on the cover screen itself. Should you try to look at Instagram posts through a tiny 1.9-inch letterbox-sized window? Absolutely not. But you can do it.

Many more useful features are behind a paywall, like the ability to open a full notification on the cover screen and type a response with a full QWERTY keyboard. In fact, you may want to go ahead and pay for the app because the free version actually removes the ability to dictate a response to a text that’s supported by Samsung’s stock OS. You can pay $1.99 per month or $14.99 yearly to unlock all features. Fun fact: you can choose your plan and process your payment through the Google Play Store, all on the cover screen itself. How’s that for on-brand?

Using most apps on its tiny display is agonizing

The fact that this app even exists just highlights that people want to do more with the Z Flip’s cover screen than the current design allows. Using most apps on its tiny display is agonizing; there’s a reason why Samsung doesn’t allow this level of interaction in the first place. But Cover Screen OS is a nice piece of software if you want to do more than just read notifications without unfolding your phone. It picks up where Samsung left off, and Samsung left a lot off of what you can do with the cover screen. Hopefully the Z Flip 5 takes a page out of Motorola’s book and gives us a bigger canvas to work with.

Apple request development of 3500ppi OLEDoS to Samsung and LG