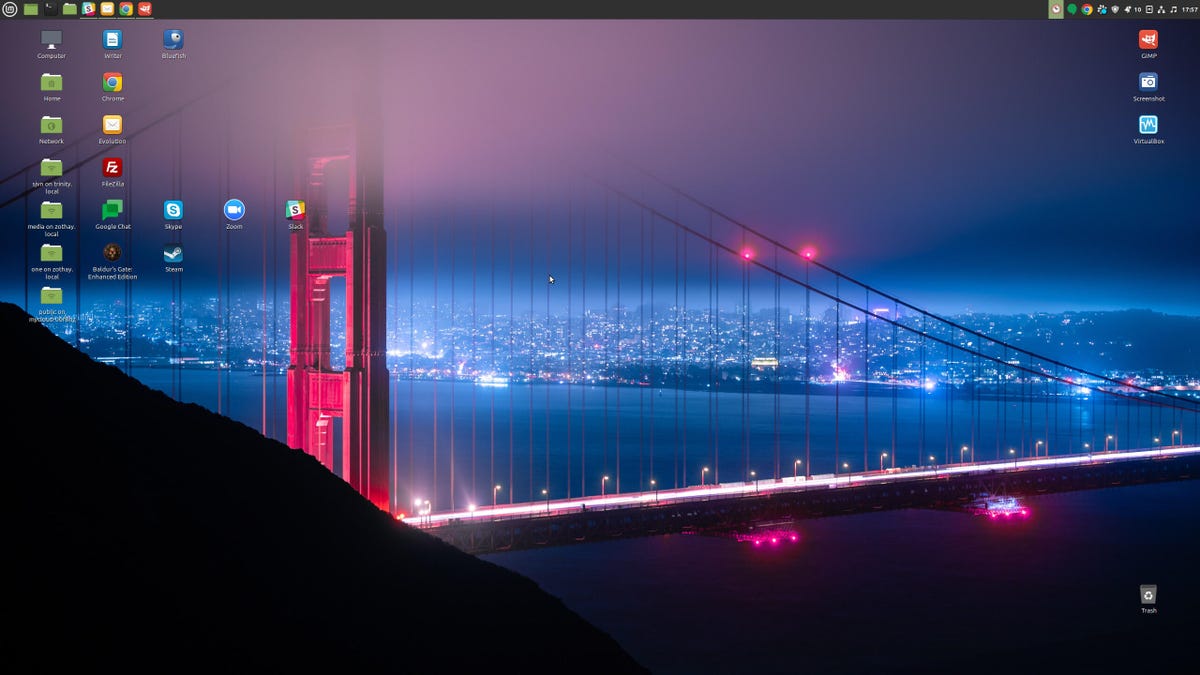 I’ve been a Linux user since 1997, and I am here to tell you that the open-source desktop operating system is not only so much more flexible, reliable, and secure than the competition, but it’s also a lot more fun. I’ve spent many a day (and weekend) tweaking the Linux desktop simply because I could.

Some of the desktops I’ve configured have been so amazing that friends wanted to know how they could achieve the same look, only to be disappointed that their operating system of choice wasn’t capable of pulling off such a feat.

And thus, without further ado, let’s get to those cool things.

First and foremost, Linux is about choice. Some might look at this and say, “But there’s too much choice!” The thing is, many desktop distributions make the hard choices for you — which kernel, which bash shell, which startup service, which network manager. Some distributions intentionally limit those choices to keep users from being inundated with options. But even those distributions can be changed.

For example, if you opt to go with Ubuntu Linux and you don’t like GNOME, you can install KDE Plasma, Xfce, Pantheon, Budgie, Enlightenment, or any number of Linux desktop environments. And that’s part of the beauty of Linux…if you don’t like it, change it.

In a matter of minutes, you can change your desktop environment to one that resembles Windows, MacOS, or something completely different.

Also: These two Linux desktops are the simplest picks for new users

Remember when Windows 11 was released, and a lot of people soon discovered that the computer they bought three years prior wouldn’t support the latest version of the operating system? That’s not the case with Linux. In fact, there are versions of Linux (such as Lubuntu and Linux Lite) that are specifically created to run on older hardware (although they can also run on newer machines as well).

You might have a machine lying around in a closet that’s five years old, and you assumed it was headed for the recycler. Grab a lightweight version of Linux, install it on that ageing machine, and watch it run like an absolute champ.

Also: How I revived three ancient computers with ChromeOS Flex

One of the problems I find with operating systems like Windows and MacOS is vendor lock-in. With MacOS, you do things the Apple way. With Windows 11, you do things the Windows way. With Linux, you do things your way. In other words, if there’s something about the way the desktop functions that you don’t like, you can tweak it to fit your needs and workflow perfectly. And nearly every Linux distribution allows for such customization. I don’t know about you, but I would much rather work in a way that perfectly suits my needs rather than in a way that aligns with a third party’s idea of what is efficient. Most often, I find their idea of efficiency is nowhere near mine.

Also: Feren OS is a Linux distribution that is as lovely as it is easy to use

How many times have you gone to upgrade either Windows or MacOS, only to find out the upgrade actually happens during a reboot? For me, I could use that time actually being productive. That’s yet another reason why I find Linux is superior to the competition. With Linux, I can do a full upgrade, all the while continuing to work on the desktop. In fact, with most Linux distributions, the only time you have to reboot after an upgrade is if the kernel is upgraded. Otherwise, you just keep on using the OS while the upgrade runs in the background.

That’s right, for those who must run Windows software on Linux, there’s a way, and it’s called WINE. Wine is an installable piece of software that allows you to install Windows software and run it on Linux. Wine is not generally installed by default, but it’s found in most distributions’ default repositories so that it can be installed from within the various app stores available on Linux.

Also: How I put Linux on a Microsoft Surface Go – in just an hour

Install tons of software… for free!

You might have heard many people say there’s no software available for Linux. They’re wrong. With Linux, you’ll find thousands upon thousands of free software that can be installed from the GUI app store. And thanks to the likes of Snap and Flatpak, you can even install proprietary apps, such as Zoom and Spotify, on Linux with ease.

I realize that MacOS and Windows both have a large selection of software to install from, but you won’t find nearly the selection of free software (and without ads) available for installation. As well, managing installed software is so much easier with Linux (either from the command line or the GUI). Even better, you can add third-party repositories to your package manager to install even more software. In other words, Linux offers considerably more flexibility with regard to software installation.

Also: What are Flatpak and Snap and why are they so important to Linux?

As I mentioned earlier, with Linux, you can create a desktop environment that is sure to wow your friends. Back in my early days, I used to spend hours tweaking the AfterStep and Enlightenment window managers to the point where they looked as if they were from the future. I used transparency and window effects that were unheard of on Windows, and everyone who saw my desktops wanted them.

Although few Linux desktops are as flexible as those, there are still desktops (such as Xfce, Enlightenment, and KDE Plasma) that can be configured to look like technological works of art. Not only is this a great way to make everyone around you jealous…it’s a lot of fun.

Also: How to connect Android to the Linux desktop with KDE Connect

In the years that I’ve been using Linux, I’ve rarely experienced any serious issues. Although I did one time wind up having a server hacked and a rootkit installed, that was an anomaly for me. Outside of that, the vast majority of the issues I’ve encountered were fixable within minutes. And because Linux gives you all the troubleshooting tools you need to solve those problems, resolving an issue is generally a log file read away.

Linux just works. It really is that simple. But more importantly, it works and works and works. So, if you’re looking for a way to put the fun, flexibility, ease of use, and reliability back into computing, do yourself a favor and give Linux a try.