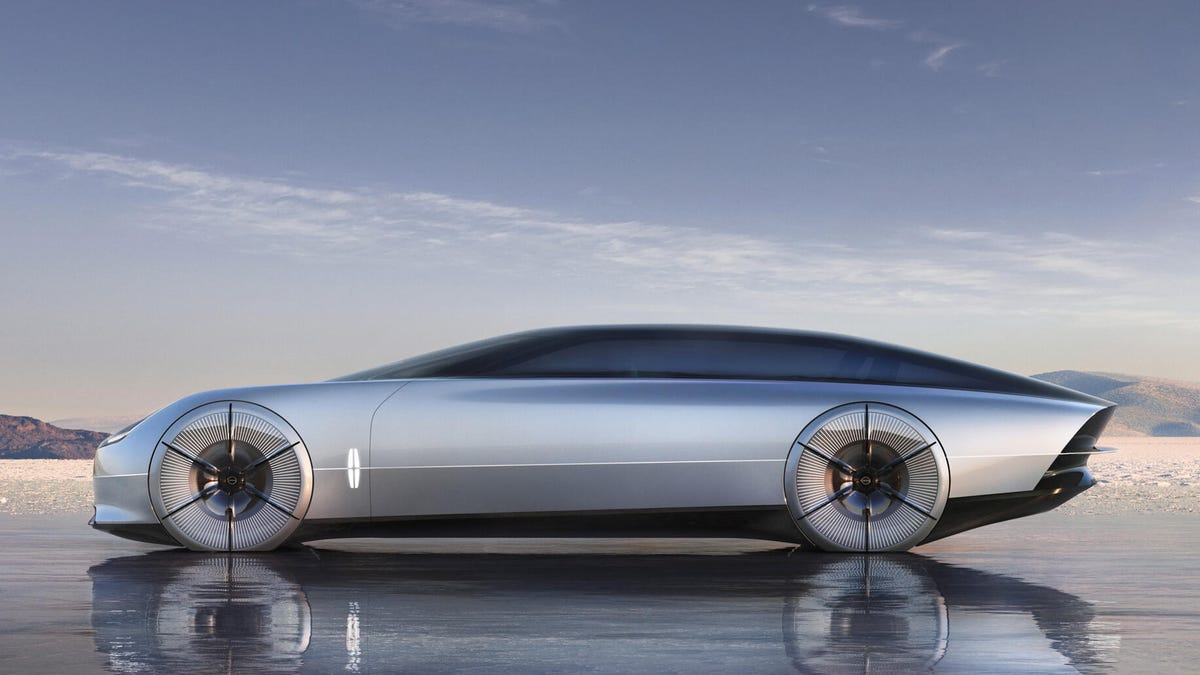 Lincoln’s new autonomous car concept offers a lot to gawk at. One thing it doesn’t offer: A steering wheel.

The automaker unveiled its newest creation in honor of its 100th birthday. The concept car, which is a computer generated model at the moment, is meant to pay homage to the Model L, the brand’s first luxury vehicle, although the resemblance is more notional than directly inspirational. Where the original L had all the boxy hallmarks of the stately vehicles of the era, the new L100, which debuted at the Pebble Beach Concours d’Elegance in California, is best described as a drop of quicksilver with nary a hard angle to speak of.

There’s plenty to glom on to from a design perspective, but the interesting thing is that we’re getting a glimpse of how automakers potentially may view cars of the future. The L100 is strictly a concept, not a production vehicle, but it is a salient peek into the driverless future. It has no driving instrumentation, which is a profound departure from contemporary autonomous vehicles. It also has no steering wheel, opting instead for a crystal “chess piece” joystick in the center console.

“Concept vehicles allow us to reimagine and illustrate how new experiences can come to life with the help of advanced technologies and allow our designers more creative freedom than ever before,” said Anthony Lo, chief design officer, Ford Motor Company, which owns the Lincoln brand. “With the Model L100, we were able to push the boundaries in ways that evolve our Quiet Flight brand DNA and change the way we think about Lincoln designs of tomorrow.”

Other automakers have unveiled imaginative autonomous vehicles, including Cadillac, which introduced this year its InnerSpace concept, part of its Halo Concept Portfolio, at CES, the influential annual tech event.

“Electrification and autonomous driving will fundamentally change the role of vehicles and the experiences customers have with them,” said Bryan Nesbitt, GM executive director, Global Advanced Design and Global Architecture Studio. “We’re exploring where that will go with these innovative concepts, envisioning mobility as an ally of wellness, giving customers the ultimate luxury, more personal time, rather than taking it.”

One interesting thing to note about these concepts is the rethinking of how driving will function in society. Automakers are very clearly considering the future of driving habits, and of rideshare in particular. Lincoln’s concept is massive and luxurious, with space for multiple passengers, the car equivalent of business class.

The reveal video calls it “a space to recharge and connect … a sanctuary.”

The State of Cybersecurity has improved but is hardly flawless

How To Get Money Fast