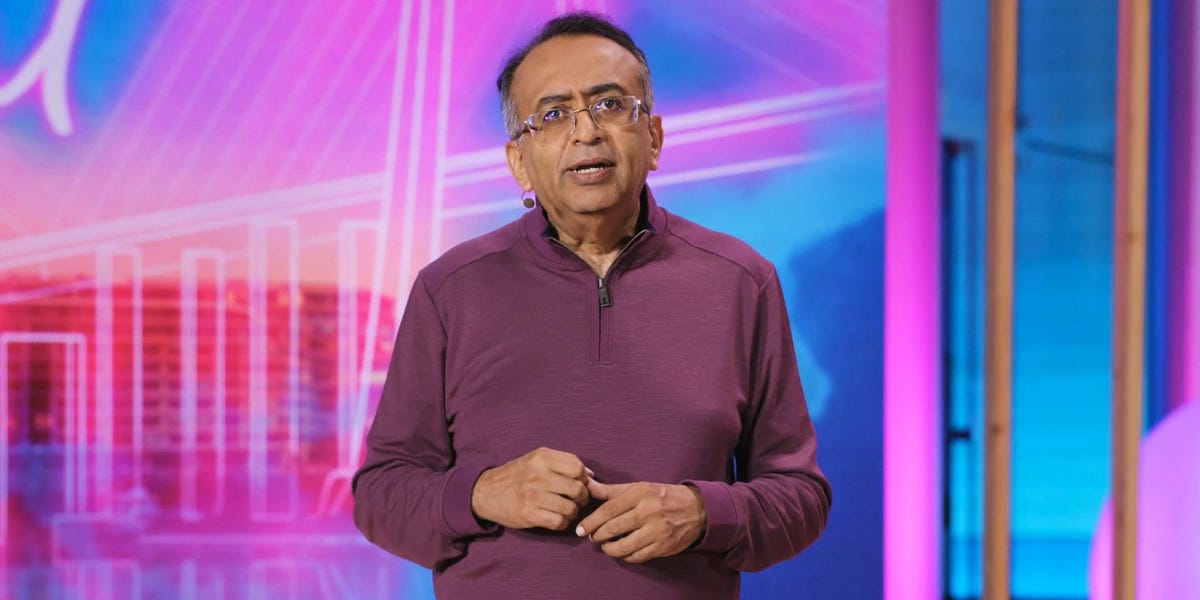 Days after chip firm Broadcom announced a $61 billion deal to acquire cloud computing company VMware, recruiters could sense the malaise within — and they pounced.

“There was blood in the water right away, immediately. I got hit up on LinkedIn by a lot of recruiters,” a VMware software engineer, who recently left the company because of concerns around the Broadcom acquisition, told Insider.  The former employee estimates that over 20 recruiters swarmed their inbox in the weeks after the acquisition was made public.

While most recruiters didn’t explicitly mention the takeover, the former employee could tell the outreach was related to the deal. One recruiter asked the engineer “how the acquisition was going” for them, catching them off guard.

Broadcom’s acquisition of VMware isn’t expected to close until sometime in the next year, which has left the cloud computing giant and its employees in limbo and caused many to run for the door. Sources within the company tell Insider that the lack of communication from leadership, impending culture clashes between VMware and Broadcom, and the looming threat of layoffs are pushing employees to hear recruiters out.

VMware’s peers in the cloud computing industry have taken advantage of the uncertainty around the acquisition to step up their recruiting efforts and poach engineering talent from the firm. Insider spoke to seven current and recent VMware employees who all said they’d been approached by recruiters in large volumes following announcement of the acquisition.

One former engineer said that in the months following the Broadcom announcement, he received LinkedIn messages from interested recruiters at Google, Amazon, and Microsoft for the first time ever in his career.

“I think VMware’s very competitive salary-wise, but I don’t think we are as competitive as maybe major cloud vendors like Microsoft, Google, and Amazon are at this point in time,” that engineer told Insider. “They’ve all been very aggressively recruiting, and I must say they’ve been even more aggressive since Broadcom.”

Another engineer, who works closely with the sales team, said he was approached by multiple AWS, Google, and IBM recruiters right after the announcement was made.

“Usually in years past, recruiter outreach has been very sporadic. Unless I’m actively looking and applying for positions, I haven’t been directly reached out to,” the engineer told Insider. “But for the first month and a half after that announcement was made, there was an onslaught of recruiters in my email, LinkedIn. I was getting contacted by multiple recruiters, often by the same company, within the same day.”

One recruiter from Amazon Web Services, who asked to remain anonymous because he wasn’t authorized to speak with the press, told Insider that AWS has had a lot of success recruiting employees from VMware, even more so after the acquisition was announced.

“There are high caliber and talented people coming out of VMware, but unlike Google or Meta, you don’t have to compete with compensation,” the recruiter said.

The recruiter denied there being a targeted approach to “swarm” VMware employees after the acquisition, saying it’s natural for there to be increased recruiter interest in a company after any acquisition or layoff.

While many VMware employees have taken recruiters up on their offers, not everybody at the company feels the urgency to rush for the exits. Some engineers in VMware’s strategically important cloud and software units feel a little more secure, making at least some more willing to wait and see.

“They don’t have any enterprise software sales staff and don’t have the cloud capabilities we do,” one cloud engineer said of Broadcom.

But whether or not Broadcom wants them isn’t the only issue on some employees’ minds. Many have raised concerns about losing VMware’s flexible “startup” culture to Broadcom’s more traditional workplace. For example, Broadcom has suggested it will want VMware employees in the office, and another engineer told Insider that if Broadcom gets rid of VMware’s flexible remote work policy, it would be the last straw that pushes him to look elsewhere.

“If they forced me to go and work in an office, I would probably have to find work elsewhere,” the sales engineer said. “Because I would not be commuting five hours a day — that would be the final dealbreaker.”

Insider has reached out to the companies for comment.

Do you work at VMware or Broadcom and have insight to share? Contact the reporter Jessica Xing via the encrypted messaging apps Signal or Telegram at +1 (551)-280-9140, encrypted email (jessica.xing@protonmail.com) or at jxing@insider.com

Do you work at VMware or Broadcom and have insight to share? Contact the reporter Jacob E. Robbins via the encrypted messaging apps Signal or Telegram at +1 (413)-717-0171, encrypted email (jacoberobbins@proton.me) or Twitter DMs (@JacobERobbins)