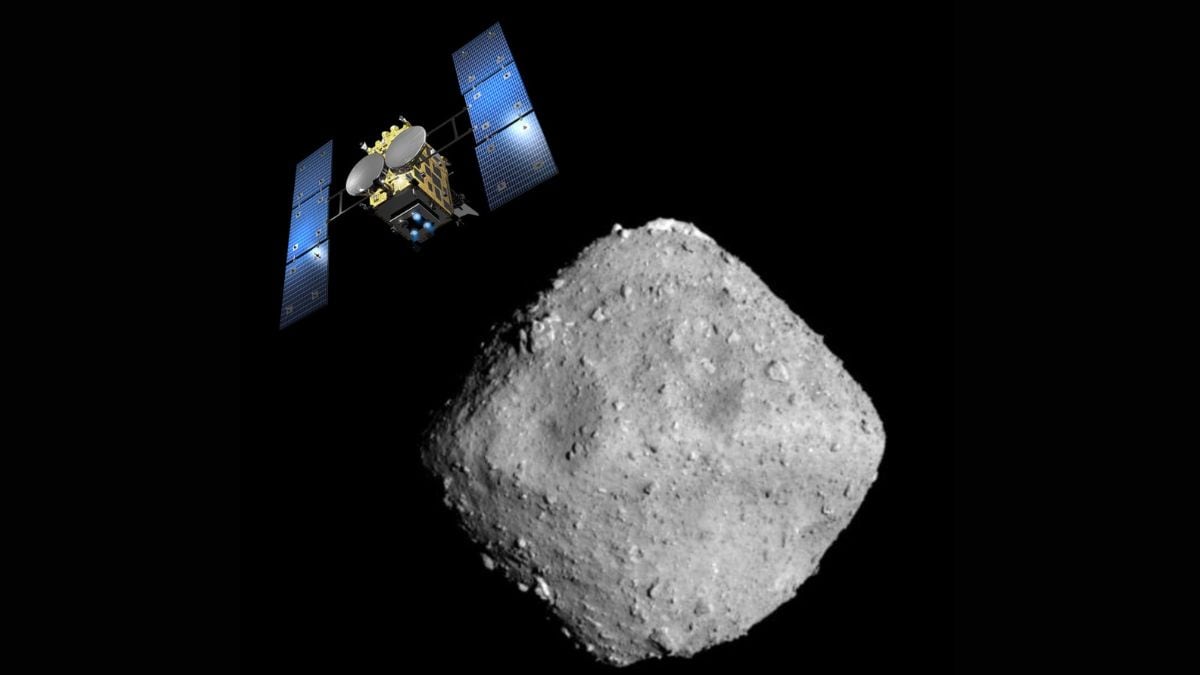 Examining samples from asteroid Ryugu, scientists have made a startling discovery. They have spotted microscopic grains of ancient materials that are even older than our Solar System. Located in the near-Earth solar orbit, asteroid Ryugu is shaped like a spinning top and orbits the Sun every 16 months. The Hayabusa2 spacecraft of the Japan Aerospace Exploration Agency (JAXA) was tasked with exploring asteroid Ryugu (162173) from June 2018 to November 2019. Dispatching a series of landers and penetrators, the spacecraft collected a sample from Ryugu and sent it back to Earth in 2020. In the new analysis of this sample, scientists have detected pre-solar material in it and believe that studying them may shed some new light on the phenomena behind the formation of our solar system.

According to cosmochemist Jens Barosch of the Carnegie Institution of Washington, different types of presolar grains are the result of different types of stars and stellar processes. This can be identified using their isotopic signature, he added. The isotopes are considered to be crucial for understanding the chemistry of distant stars and the processes that took place in them.

“The opportunity to identify and study these grains in the lab can help us understand the astrophysical phenomena that shaped our Solar System, as well as other cosmic objects,” said Barosch. He is also the lead author of the study.

In the study, published in The Astrophysical Journal Letters, the team could detect 57 grains of presolar material. Previous studies had also spotted some presolar material in Ryugu. The team compared the newly discovered grains with those found in meteorites and observed that Ryugu’s composition was similar to CI chondrites. These are a rare sub-type of carbonaceous chondrites, whose composition resembles with that of the Sun.

“The samples returned from asteroid Ryugu by the Hayabusa2 spacecraft contain presolar stardust grains. Their abundances and compositions are similar to presolar material found in CI chondrites,” researchers wrote in their paper. They added that the results provide evidence that Ryugu asteroid is closely related to chondrites.

Picture: Humble Bundle Humble Bundle has announced that Mac and Linux versions of games in its “Humble Trove” collection will{...}

The whistling of rockets, the explosions of color and the crackle of the flames of Bonfire Night never fail to{...}