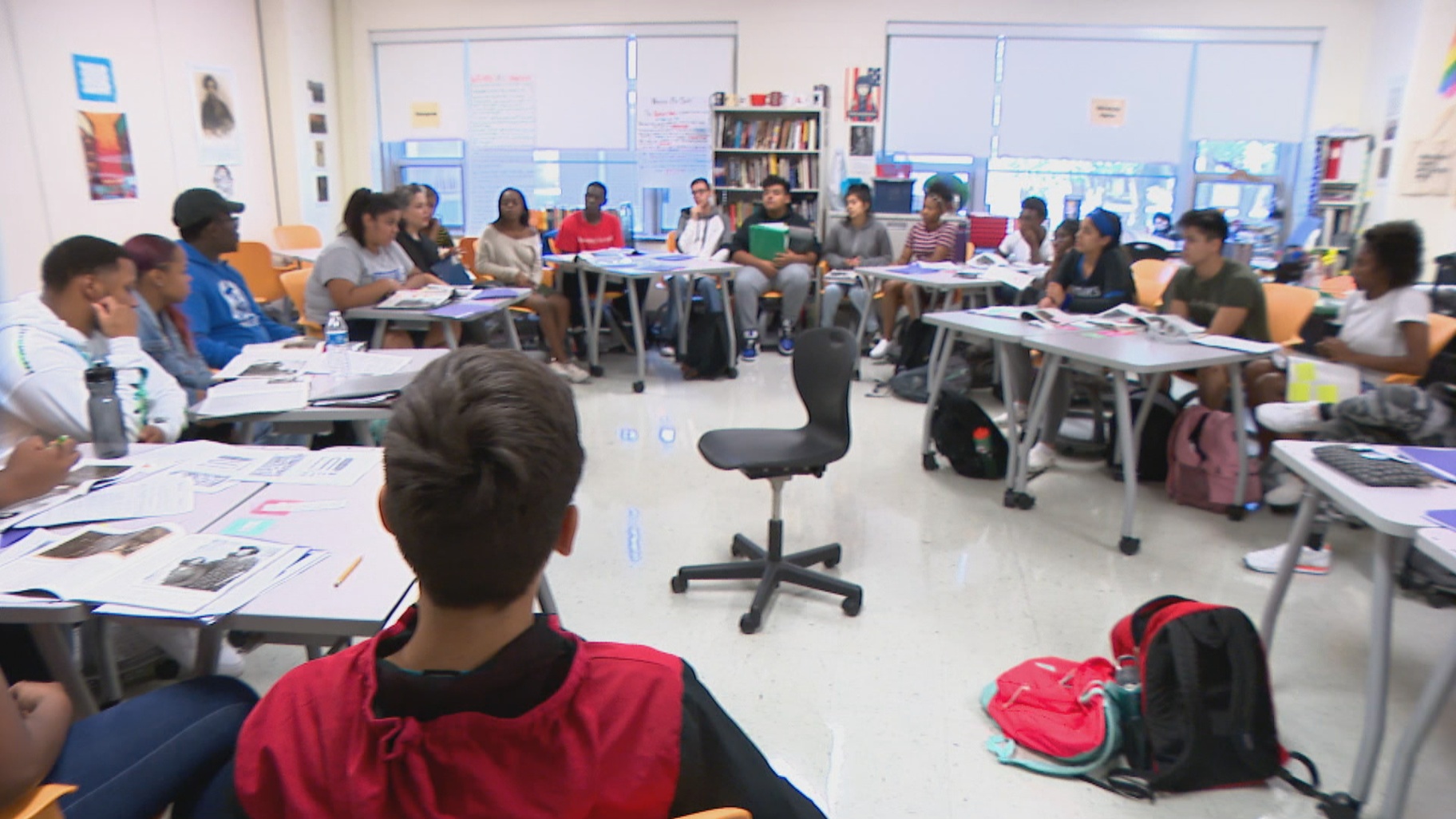 In recent decades, access to the internet has become more like a utility — difficult if not impossible to live without.

And as school starts back up, students especially rely on the internet for everything from research to turning in their homework. But for some of those students, reliable internet access is still tough to come by. A recent analysis found that while 80% of Chicago households have an internet connection, disparities still linger on the South and West sides where up to 40% of households lack access.

A number of private and public programs are working to address that disparity. Comcast recently announced a partnership with the YMCA of Metropolitan Chicago aimed at advancing digital access and internet navigation skills. At six YMCA locations, “digital navigators” offer training on accessing the internet, using devices and building digital skills.

“Digital navigators really exist to help do a couple of things — they ensure that people have digital skills necessary to use computers but also to be able to navigate the internet,” said Carl Jones Jr., vice president of external and government affairs for Comcast’s greater Chicago region. “We really want to make sure that from our seniors to our youth, from our collaborators to our innovators, that people are able to participate in the world of unlimited possibilities and that is accessible through the internet.”

The pandemic brought a sharp focus to the issue of digital equity across the city’s neighborhoods, prompting a number of programs intended to provide low- or no-cost access to Chicago families, among them Chicago Connected.

Kids First Chicago CEO Daniel Anello said he is thrilled with the success of the program thus far.

“Chicago Connected is something that a lot of us didn’t expect to be as tremendous as it’s been. We really were just trying to collaborate and come together and stand up a program that could connect kids and families as fast as possible when COVID hit and we all kind of went into shutdown mode,” Anello said. “Today the program is serving 77,000 CPS students alone … we’re seeing a pretty remarkable impact from Chicago Connected. When you look at the number of kids under the age of 18 and how much they’re connected today? That number was one in five, which is the 20% that was cited. But when you look across the city today it’s been cut in half. It’s about one in 10.”

Claiborne Wade, Family Focus Lawndale parent liaison, said the parents who have received internet access through Chicago Connected are also happy with the results, and many are continuing to build digital skills.

“The parents that I work with at DePriest [Elementary School] who are benefiting from the Chicago Connected program are extremely excited to be a part of the program and they’re feeling as if they are receiving the benefits from the program,” Wade said. “We brought in classes for parents to understand how to navigate Zoom, how to work on Google Classroom, Google Meets. So as long as we are providing the necessary resources for our parents, for our communities, we will continue to move forward.”

In addition to skill building, Anello said there is still work to be done in getting devices into families’ homes.

“As much as we move the needle on the connectivity, I think the fact that there’s one in five or 20% of Chicago and still aren’t connected to the internet, speaks volumes, just in terms of what we still have to do,” Anello said. “And then the final piece I think is important is we have to think about devices and when we look at data right now and we think about connectivity, there are still that the number of people with devices looks like it’s improved. But the reality is people are actually getting smartphones, when you unpack the data and you realize that laptops and computers haven’t really changed that much in terms of which households have access and which ones don’t.”