Apple’s iPhone 14 event will be Sept. 7. Here’s what to expect 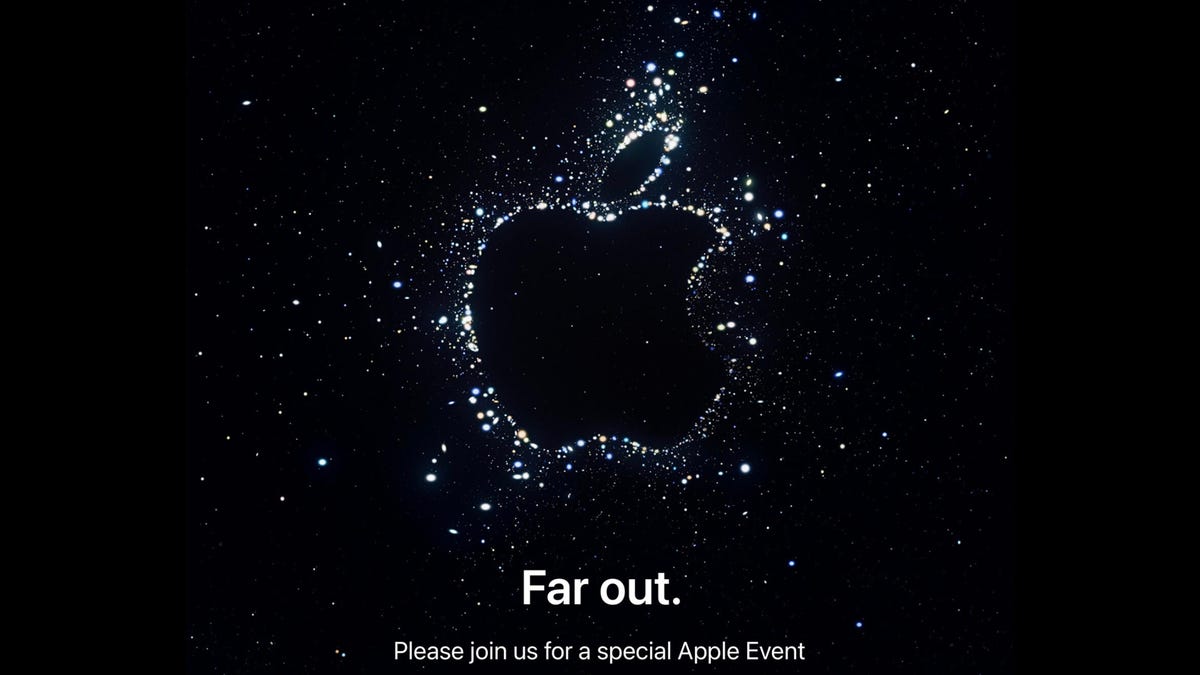 Ready to upgrade your iPhone? Can you wait a couple more weeks? It’s a good idea you do, as Apple is expected to announce the iPhone 14 on Wednesday, Sept. 7 during an in-person event. This is the first in-person event for Apple since the pandemic forced companies to do only virtual events.

The livestream will start at 10 am PT/1 pm ET and will surely be streamed across multiple platforms, including Apple.com.

Apple announced the event on Tuesday via invites to members of the press with the tagline of “Far out.” As always, your guess is as good as mine as to what it means, but Apple usually likes to have a little bit of fun with the tagline and provide an obscure hint about what to expect.

Actually, the invite does look like the Apple logo is made out of stars and planets. Maybe an improved night shooting mode is coming to the iPhone 14 line? Or at the very least iPhone 14 Pro models. Or could it be that there’s some sort of new zoom feature that’s coming to the cameras? As I said, your guess is as good as mine.

Speaking of expectations, just what is Apple going to announce during the special event? A new iPhone, of course. The iPhone 14 is rumored to have four different models, with the mini iPhone model being replaced by a standard iPhone 14 Max with a 6.7-inch display. So, in total, the lineup should end up with an iPhone 14, iPhone 14 Max, iPhone 14 Pro, and iPhone 14 Pro Max.

Apple also has new Apple Watch models on tap. Three of them, to be exact. According to Bloomberg, there will be a new Apple Watch 8 with a body temperature sensor and women’s health features, an updated Apple Watch SE and an Apple Watch Pro, the latter of which is a new device type for the company, are rumored to be slated for announcement during the event.

Also rumored to be ready for an announcement is a new pair of Apple’s AirPods Pro. There’s not a lot of concrete information about what’s new in what will effectively be the AirPods Pro 2, but I imagine a new design, better battery life, improved ANC and sound quality are all included.