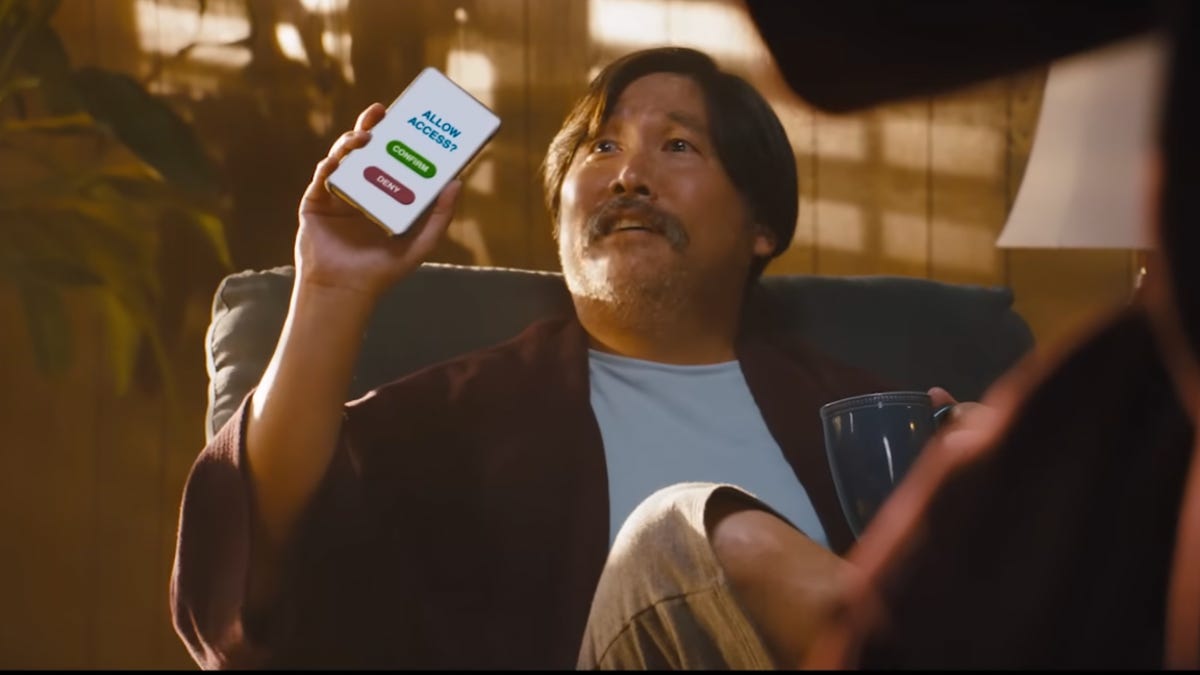 But it’s even easier to abdicate responsibility when it’s humans’ own laziness and casual greed that has greatly contributed to the basic lack of security online.

Sadly, humans still seem largely immune to such tactics. So Amazon is trying a different route. It wants to entertain you into caring.

Well, everything else is entertainment these days, so why shouldn’t cybersecurity be?

Here, then, is a joint production between Amazon and the National Security Alliance, one that strives to create awareness about cyber criminals.

Naturally, it begins with the laziest and most casually greedy element in our species — the teenage boy.

He wants something online. He doesn’t spot that he’s on a shady website, one that purports to house his gaming account.

Suddenly, a woman tells him: “Do not give that shady website your….” A man joins the chorus: “password. You just got phished.”

You might recognize these two people. They are Michael B. Jordan and Tessa Thompson from “The Creed.”

They’re desperate to protect teenage boys and everyone else from the bad cyberpeople.

Suddenly, there’s a knock on the door. The cybercriminals have arrived.

What do you imagine they look like? Corpulent men in ill-fitting Hawaiian shirts, perhaps? How did you know?

While Jordan fights these awful people, Thompson explains to the doltish teen that he should go to the real site and create a stronger password.

It all seems so simple when she puts it like that.

Naturally, our heroes prevail — with the help of the teenage boy’s mom, who’s mastered an excellent headlock technique.

I worry that cybercriminals are, too often, too smart for large tech companies. Recently, Microsoft admitted it can’t completely stop phishing emails from drifting into your inbox because “spammers are continuously changing their tactics.”

In essence, then, it’s down to you. Michael B. Jordan and Tessa Thompson would like to protect you all the time, but they’re very busy.

Oh, and while we’re on the subject of Amazon, I wonder whether it’s wise to get an Amazon Ring camera.

This security thing is hard, isn’t it?

WASHINGTON – Pratt & Whitney has secured a US Air Force (USAF) contract to develop a ground test demonstration of{...}

Elon Musk, the CEO of Tesla and SpaceX, has said he is “figuring out” India’s regulatory approval process to roll{...}