Last month, we asked Amazon what will happen when AT & T’s planned 3G shutdown in 2022 lands – an important issue, as the company’s Whispernet-branded 3G connectivity for many Kindle devices would be affected as it overlaps AT & T’s network. In some cases, such as with particularly old Kindles without Wi-Fi, this shutdown would mean they would stop working altogether. Although the company did not answer our questions at the time, it is now sending an email to affected device owners explaining that they will get a $ 50- $ 70 discount on a new Kindle. and $ 15-25 in eBook credit, and Amazon tells us that first-generation Kindle owners get a free Kindle Oasis outright.

The company published a new help page which offers affected customers more details about the change. The shutdown will affect the 3G / cellular models of Kindle 2 International, Kindle DX, Kindle Keyboard, Kindle Touch, Kindle Paperwhite, 2nd Generation Kindle Paperwhite, Kindle Voyage, 3rd Generation Kindle Paperwhite and Kindle Original oasis. All of those Kindle models (some as recent as 2017) will lose cellular connectivity entirely – in most cases, this was a feature that customers would have paid extra for. However, the Wi-Fi will continue to work.

Some models, like the Kindle DX, Kindle, and Kindle 2, don’t even have to have Wi-Fi to fall back on – they were only 3G and they’ll be totally unable to connect to the internet or the Kindle store. However, you can still upload your own eBook files via USB. 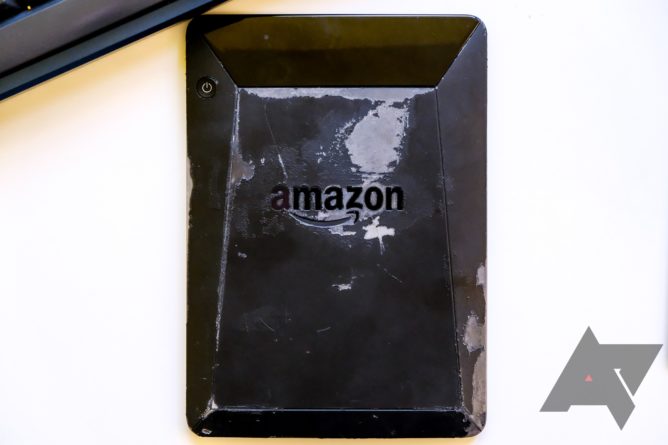 Device owners (or maybe just device buyers, it’s unclear) are getting emails about the shutdown. Those with an affected device are presented with one of three offers. 1st Generation OG Kindle owners apparently get a free Kindle Oasis and cover, Amazon tells us. This offer apparently overlaps with another for owners of 1st, 2nd, DX, and Kindle Keyboard, who get $ 70 off a new Paperwhite or Oasis, plus $ 25 in eBook credit. Finally, all newer affected devices get $ 50 off a new model and $ 15 in credit. If you don’t see the email with the offer, sorry: You’re only eligible for the discount if you had a device actively reading between January 1 and July 30 of this year. On top of that, you only get eBook credit after your new device has shipped:

The offer also expires in about two weeks on August 15, which is a bit lame. Presumably, Amazon doesn’t want customers to stack its “generous” offer with discounts during the upcoming fall offer season.

The Kindle promotion is now live, thanks to a coupon code embedded in the email, which only affected Amazon accounts should be able to use. I’m assuming the eBook credit will land directly on the affected accounts.

Amazon has responded to us this time around, and our coverage has been updated with more information. regarding discounts for different devices and redemption.