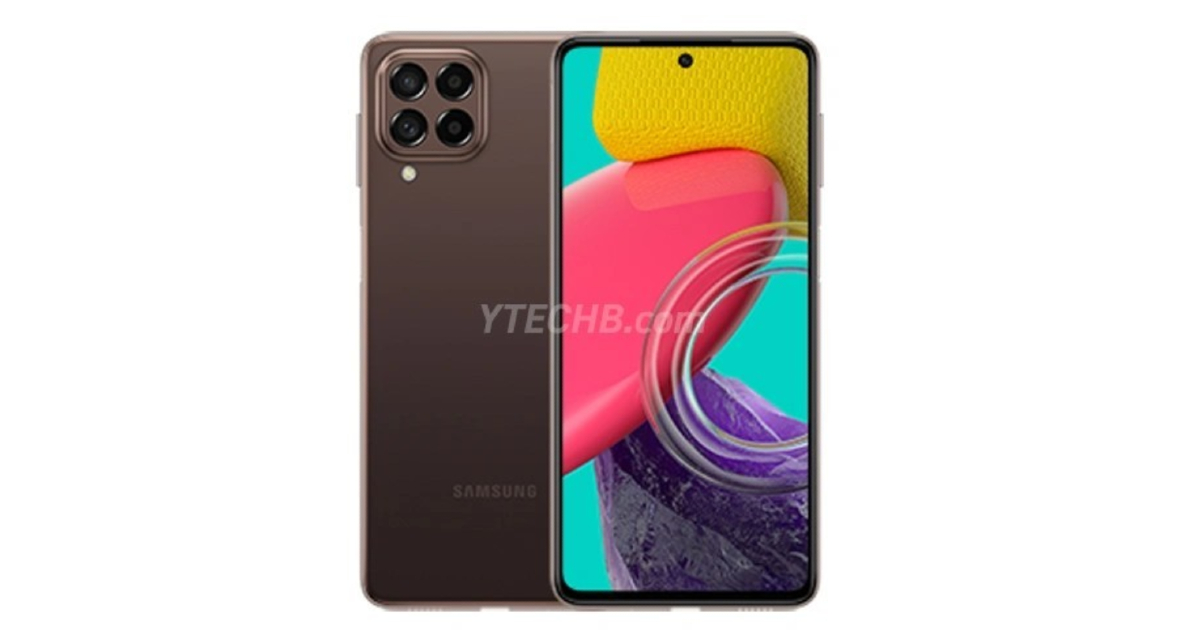 Samsung Galaxy M53 looks identical to the Galaxy M52, except for the camera module on the back. It has a center-positioned punch cutout for the selfie snapper and flat edges. The right side contains a volume rocker and probably a side-mounted fingerprint sensor for security. At the bottom are the USB Type-C port and speaker grill.

There is a large square module on the back that houses the quad camera lenses and there is an LED flash underneath. The back panel has a textured finish that provides a good grip on the hands. It will be seen in a gold color, but there will be more options at launch.

The Samsung Galaxy M53 is said to have a 6.7-inch FHD + sAMOLED display with a refresh rate of 120 Hz. It has a center-positioned punch cutout for the selfie snapper. Moving on to the chipset, the phone is said to be powered by the MediaTek Dimensity 900 chipset as revealed by the Geekbench listing.

The phone is said to have 8 GB of RAM and up to 256 GB of storage which should be expandable via microSD card. The phone will likely launch the Android 12-based OneUI 4.1 custom skin out of the box. The handset has a 5,000mAh battery with 25W fast charging support.

Going to the cameras, the Samsung Galaxy M53 5G would have a quad-camera setup on the back, including a 108MP primary camera, an 8MP ultra-wide lens, a 2MP macro shooter and a 2MP depth sensor. There is a 32MP snapper on the front for selfies and video chats. 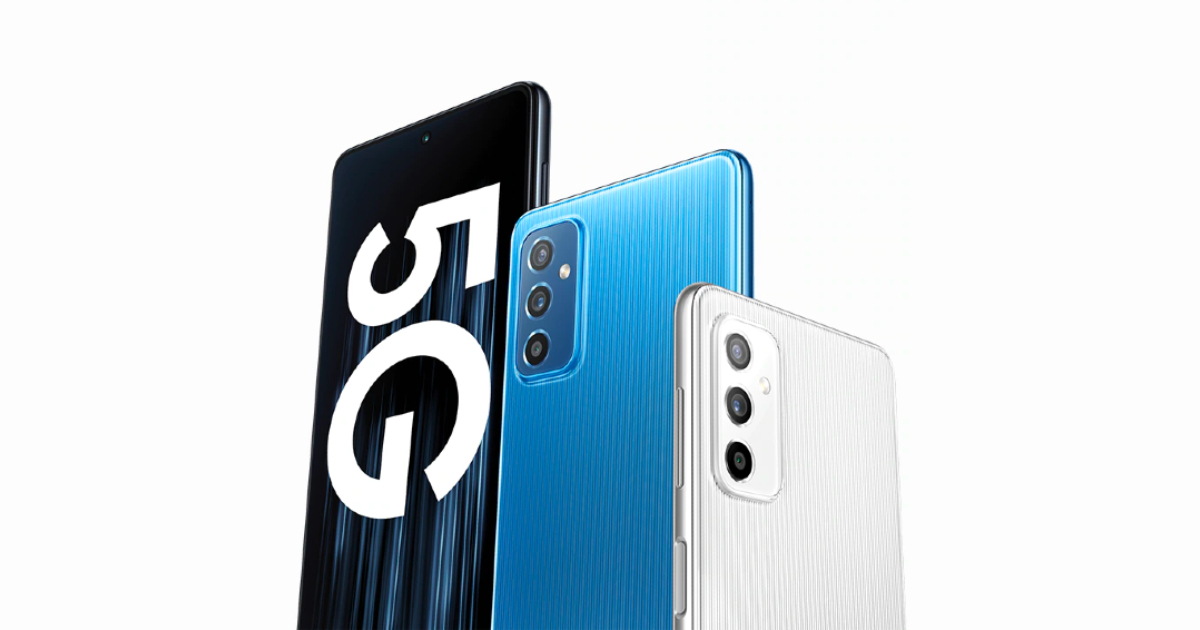 The Samsung Galaxy M53 gets an upgrade in the form of a chipset. While the Galaxy M53 comes with Dimensity 900, the Galaxy M52 has a Snapdragon 778G chipset. The 64 MP primary lens is replaced by a whopping 108 MP primary lens. The rest of the specs remain similar, including a 5000mAh battery, 32MP selfie snapper, 25W fast charging support and a 6.7-inch AMOLED display. The 12MP ultra-wide angle lens has been downgraded to an 8MP sensor.