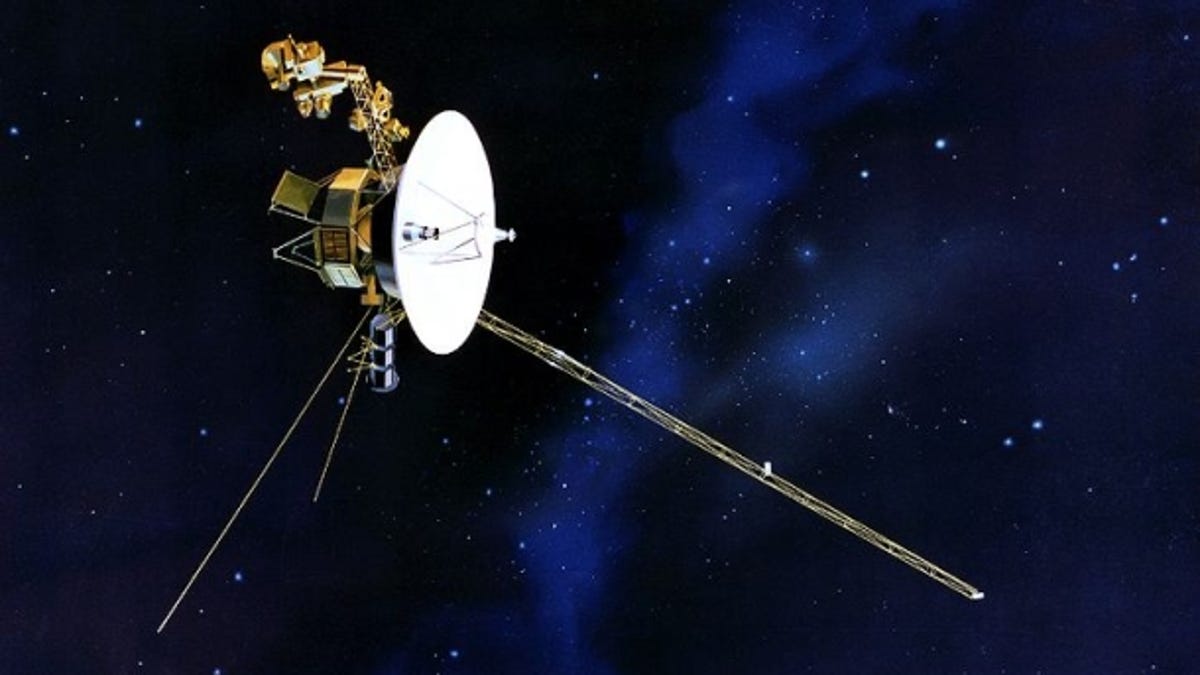 Launched nearly 45 years ago, the Voyager capsules have about three million times less memory than modern cell phones and transmit data about 38,000 times slower than a 5G internet connection, according to a NASA post. Yet, they continue to be a very valuable tool in space exploration.

Voyager 2 launched on August 20, 1977 and was quickly followed by the launch of Voyager 1 on September 5. Since then, NASA’s twin Voyager probes are the only probes to ever explore interstellar space and have visited Jupiter, Saturn, Uranus and Neptune.

Researchers are using the Voyager’s observations to better understand the heliosphere, the protective bubble created by the Sun’s magnetic field and the outward flow of solar wind, and get a more complete picture of the Sun.

SEE: NASA should probe Uranus and search for life on Saturn moon: Report

“Over the last 45 years, the Voyager missions have been integral in providing this knowledge and have helped change our understanding of the Sun and its influence in ways no other spacecraft can,” said Nicola Fox, director of the Heliophysics Division at NASA Headquarters in Washington.

The Voyagers also carry a golden record (pictured below) that contains images and audio of life on Earth in case anyone – or anything – encounters the space probes. Due to the rate gold decays in space, the records will likely last more than a billion years.

With such long-lasting technology comes its challenges. In 2019, the team had to make the decision to turn off all nonessential systems and the heaters which were once considered essential due to the loss of energy from the plutonium decay in the generators.

The Voyagers team at NASA’s Jet Propulsion Laboratory in Southern California manage and operate the Voyagers and work through these issues.

Recently, Voyager 1 has been experiencing an issue that causes the readouts from the probe’s attitude articulation and control system (AACS) to not reflect what’s actually happening onboard, says NASA. Engineers are working to solve this problem but otherwise, both capsules are performing normally.

“The Voyagers have continued to make amazing discoveries, inspiring a new generation of scientists and engineers,” said Suzanne Dodd, project manager for Voyager at JPL.

“We don’t know how long the mission will continue, but we can be sure that the spacecraft will provide even more scientific surprises as they travel farther away from the Earth.”